Animals all over the world, domestic and wild alike, continue to surprise us humans with affection shared between each other. It can be easy to forget, or dismiss, that these creatures have deep feelings of fondness and love, even if they don’t communicate it the way we do.

Luckily, we get to catch glimpses of these interactions of affection with more frequency thanks to the internet and social media. Recently, wildlife guide and photographer, Zaheer Ali, was taking a family through the South African bush on a safari trip when they came across a sweet moment.

The safari group had come across a solo rhino munching away on some grass. Ali noted that the family he was hosting for the safari trip included small children, so he took this opportunity to teach them about this spectacular animal and commensalism.

This is the long-term biological interaction in which members of one species gain benefits while those of the other species neither benefit nor are harmed. In this instance, it is the relationship between a rhino and an oxpecker.

Ali’s safari group admired the rhino from a safe distance while Ali shared about the symbiotic relationship between rhinos and oxpecker birds. It was during this that Ali noticed an oxpecker resting on the rhino’s horn.

With his camera at the ready, Ali didn’t notice anything quite picture-worthy at first. His patience was soon rewarded, as moments later, the bird leaned into the rhino, appearing to snuggle in close to it’s friend.

The oxpecker with its eyes closed looked completely blissful with his rhino friend. Both of these animals were totally relaxed and content with each other's presence.

Ali managed to capture an image of the tender moment that beautifully exemplified the symbiotic relationship these mismatched friends share. 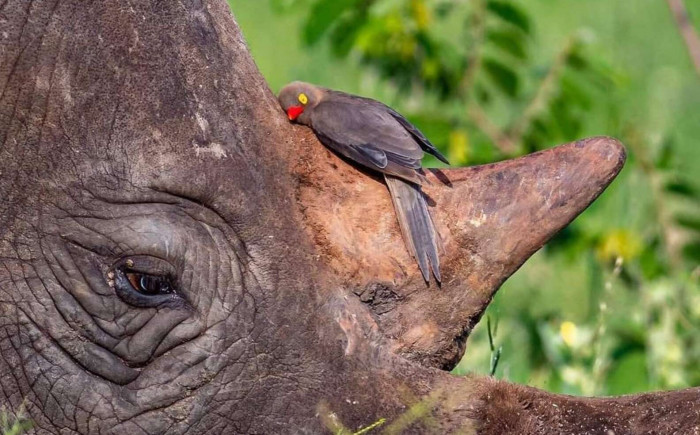 Oxpeckers are an extremely common sight in the African savanna.

They share a symbiotic relationship with many animals, such as zebras, giraffes, wildebeest, and rhinos especially. The Oxpecker is a red-billed bird that can be often found traveling along on the backs and heads of black rhinos.

These birds feed on parasites, like ticks, and fly larvae on the rhino’s tough skin. This relieves the massive animal of the unwanted parasites.

In turn, the rhino’s large size provides the birds with not only a safe place to call home, but also plenty of food. 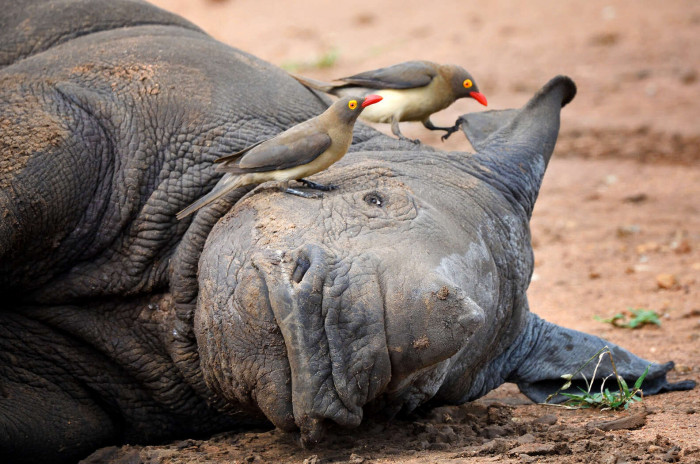 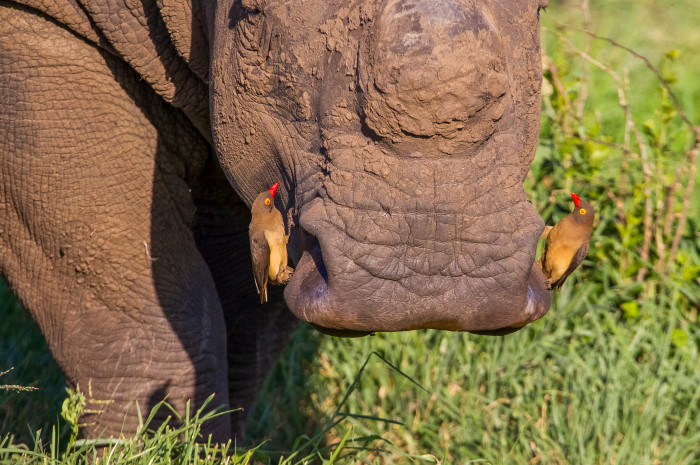 Rhinos have extremely poor eyesight, so the oxpeckers help make up for that by alerting them to any danger.

The Swahili name for the red-billed oxpecker is "Askari wa kifaru," which translates to “the rhino’s guard.” A study showed that though the oxpeckers grow to be about 8 inches in size, the small birds manage to help protect their enormous companions. 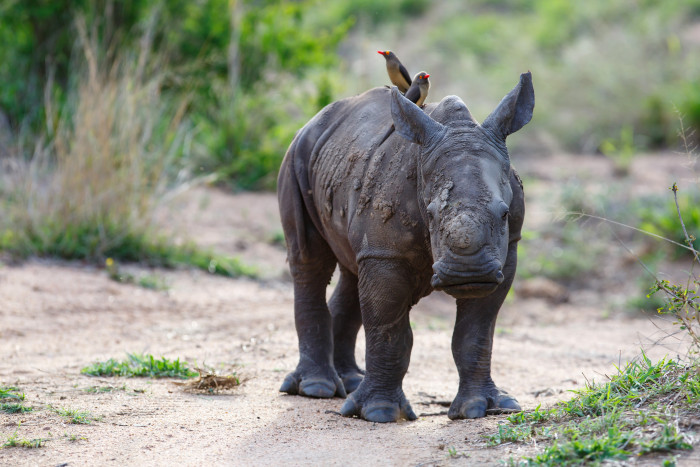 It was reported in Current Biology that when the oxpeckers notice humans nearby, they will alert their rhino counterparts with a call or hiss. This lets the rhinos know to be vigilant of their surroundings.

The oxpeckers' alarm can help the critically endangered species avoid poachers, who hunt the animals for their horn. Poachers hunt rhinos for their horns to sell for use in traditional Chinese medicine. 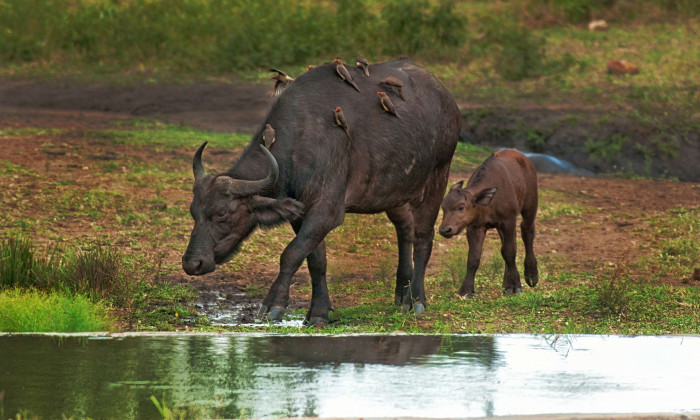 Nature shows us time and again that love and affection aren’t limited to size, shape or creature. The massive rhino and their tiny bird friend are an adorable example of that.

Maybe this mutually supportive relationship can help inspire us to lean in and be vulnerable with equally unlikely connections in our lives.

If you enjoyed this sweet moment, please share with your friends and family.