Kathleen Dehmlow was 80 years old at the time of her passing but it was the several decades of anguish that she caused two of her children that would have the final say on the woman's life and legacy. Her obituary, which was featured in the Redwood Falls Gazette was written by her son Jay Dehmalo, 58, with the support of her daughter, Jay's sister, Gina, 60. The obituary was an absolutely brutal roasting of the deceased woman and that's precisely why it quickly went viral.

What was the most scathing part? Was it "she passed away on May 31, 2018 in Springfield and will now face judgment?" Or perhaps it was "this world is a better place without her?" My vote goes to "she will not be missed."

Such an intense and emotional obituary is both unexpected and left the world wondering, "what the heck?" Jay Dehmalo, however, was not embarassed to discuss his upbringing and what led him and Gina to their public tribute.

I'll drink to that. 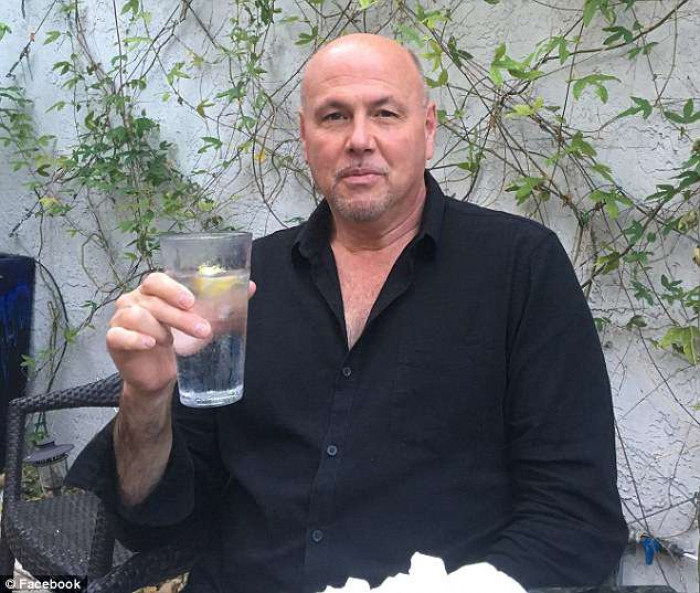 Jay Dehmalo, an Army veteran and former professional boxer, received some harsh feedback when he had a harsh obituary shared publically for his mother, but he doesn't mind explaining himself. In an interview with Daily Mail, Jay had a lot to say:

You can't believe the dysfunction of the family. They'll never know what we went through but it helped us [to write this]. We wanted to finally get the last word.

Kathleen's surviving sister, Judy, had her own response for Daily Mail, saying that her nephew's obituary was 'nasty' and had 'hurt the family tremendously'. But one has to wonder if it was indeed totally justified. According to Jay and Gina, their biological mother, Kathleen, abandoned them as children after an affair with her brother-in-law, Lyle, led to an unexpected pregnancy.  Left to be raised by the system they were eventually taken in by their maternal grandparents, and the children had only a few memories of their mother, none of which were pleasant.

According to Jay, he and his sister weren't perfect under the circumstances but their grandparents Gertrude and Joseph Schunk took good care of them and loved them very much. However, the dysfunction of their entire family has left a trail of gossip and arguments regardless. 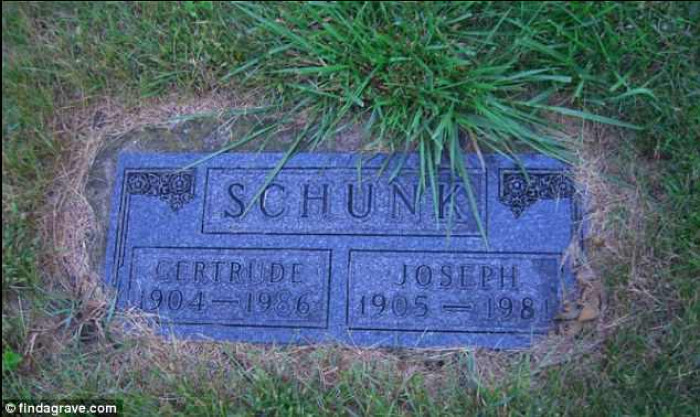 Jay admitted to feeling sad that he was left out of his grandfather's obituary a few years ago but that he understands, to some degree:

They left us out because they were mad at me because I'd borrowed money from my grandparents and I hadn't paid them back. It's true. I'd borrowed $200 from my grandfather and I didn't pay him back. He loved us but I was a typical teenager growing up.

But the real controversy still comes back to Kathleen and her role as an absentee mother. Kathleen's sister Judy asked, "Why do people want to talk about it? It's not important.

For Jay and Gina though, it is important. Gina's emotional scars have followed her into adulthood. She's been convicted twice of domestic violence and battery. Jay's response to Judy? "ot important? Sure. They have no idea what we went through and back then, in the '50s and '60s, nobody talked about anything." 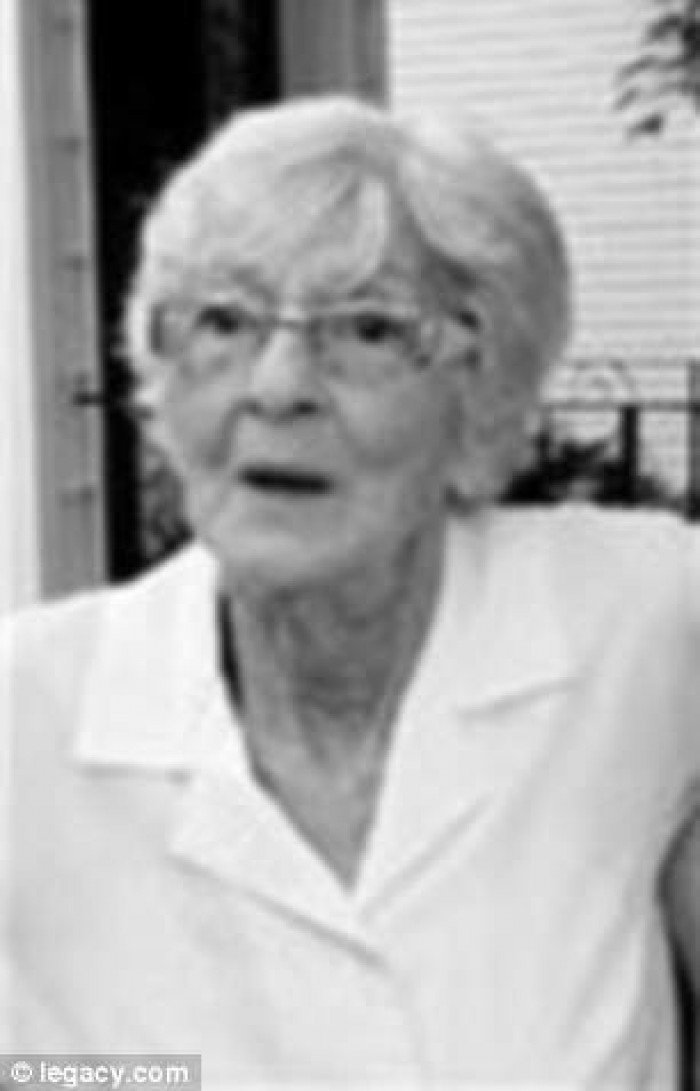 For Dehmalo, his perspective was vastly different from that of his family members. He saw Gina and himself as abandonned in Minnesota while their mother was, "off having a great life in California with her other kids." Her other kids they didn't even know about until a few years after they were born!

We didn't have so much as a card from her. I remember she came home twice and on one occasion she was showing pictures of her and her kids playing cards, drinking beers… Gina and I were standing in the room, just standing there and she didn't even acknowledge us. It's like we didn't exist.

How can you do that to your own children? 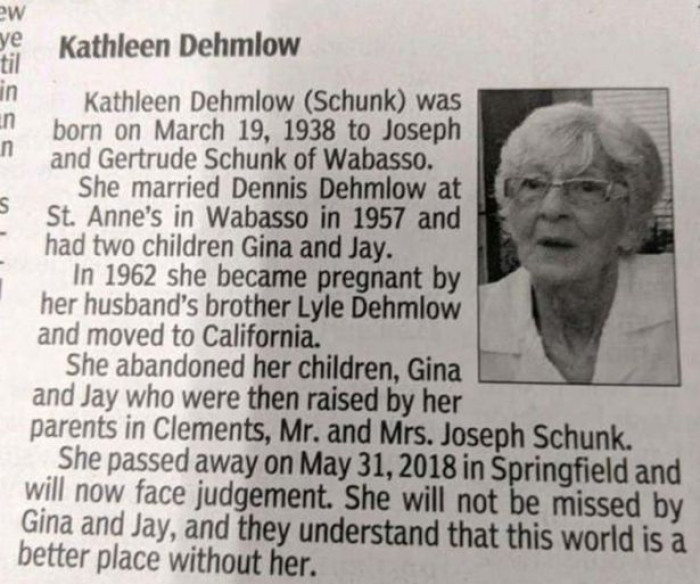 With context and back story, suddenly it becomes very clear why Kathleen's obituary was written the way it was.

The real kicker is that the obituary was actually rejected by one Springfield newspaper on the grounds that it was too offensive to print! Gina had the idea of the obituary when she learned from a cousin that Kathleen was on her deathbed but she had hesitated on having it published. Written by Jay, the obituary was published on the Redwood Falls Gazette's website and legacy.com before disappearing a few days after it went viral on the Internet.

At this point, both have no regrets and would do it all over again the exact same way.

The story gained so much attraction that videos are even being made about it. Like this one!

While some opinions on the Internet definitely don't side with Jay and Gina (one commenter even called them both "ungrateful" for the greatest gift of all-- life,) a lot of others who have also grown up in dysfunctional families felt their story resonate and in the end, everyone just sort of hopes these once-children-now-adults find peace with Kathleen departed from Earth.