Hailing from France, Eyvie is a freelance illustrator who also teaches instructional classes in her free time. Her artistic style features splashes of soft color and distinct details that are easy for art fans to appreciate and this rings especially true when it comes to her fan art.

For as long as Disney has had fans, there have been artists among them who love re-creating their favorite Disney characters in their own visions and styles (and often they also enjoy creating your favorite Disney characters, too!) This has always been a great way for artists to accomplish several very important things at once: practice their trade and skill, promote their abilities and business, and celebrate their hobbies and interests.

Disney fan art is among some of the most popular and beloved across the world and Internet, so it's a great thing that artists have spent decades making it! Every unique artist seems to bring something special and different to their ways of re-imagining timeless characters (and the newer characters, too!)

Eyvie's style is whimsical and dreamy while still holding true to the details and characteristics we often love most about our favorite Disney characters. Surely you'll find yourself just as delighted in her work today as we have been for over a decade. 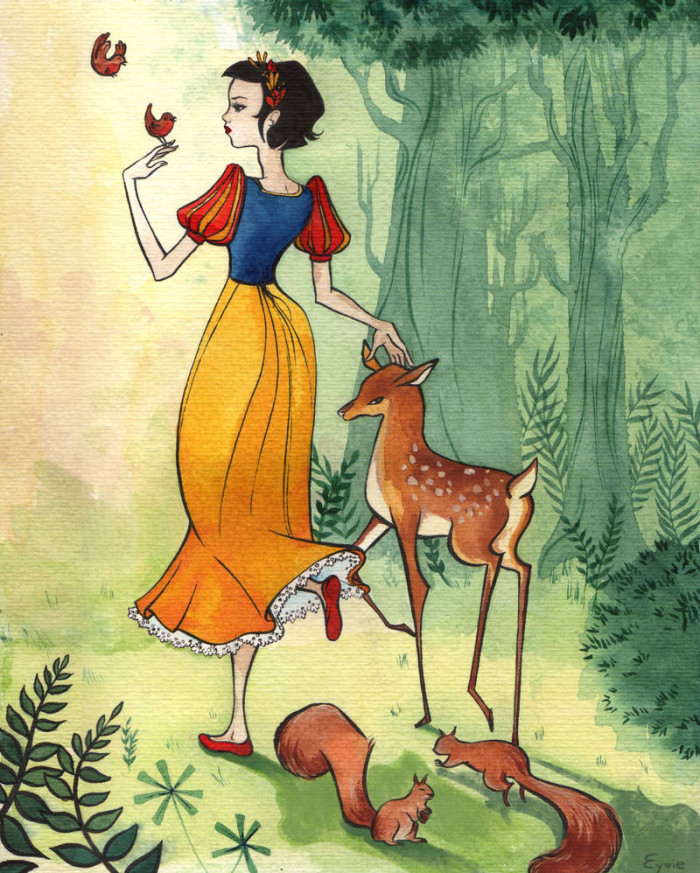 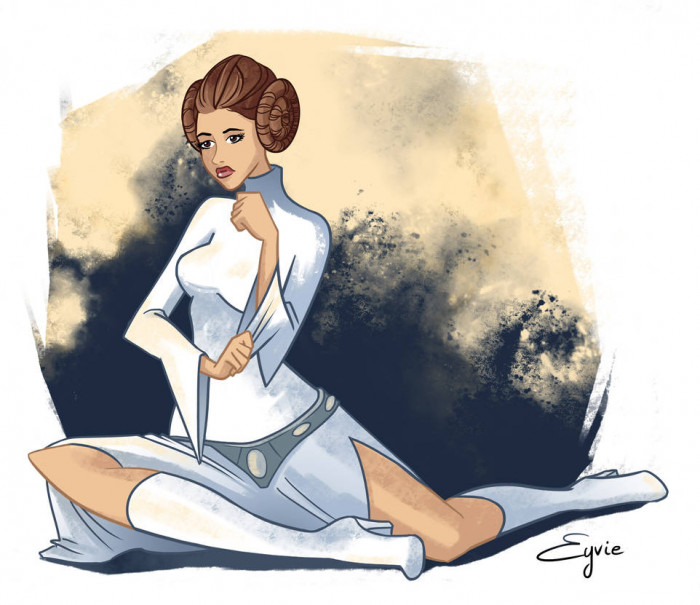 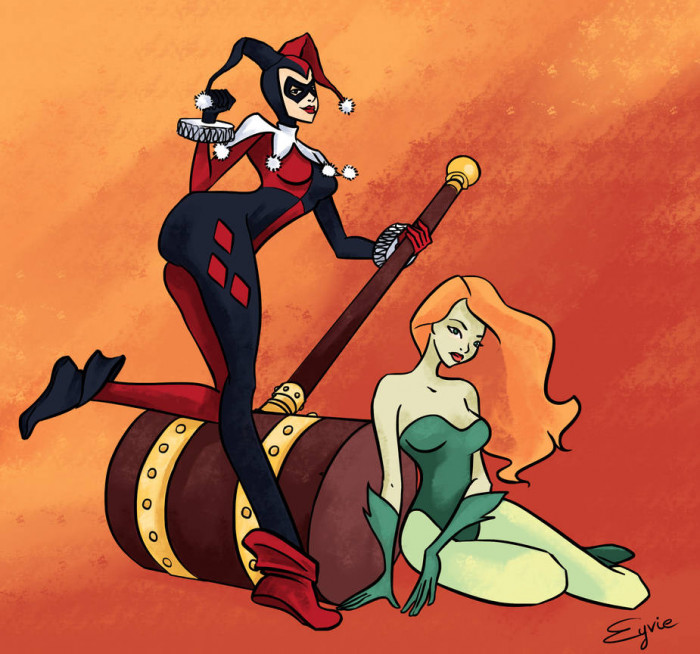 Of course that's just a first glimpse at what Eyvie is capable of, her series of Disney Princesses is truly among the most spectacular of her work and it would be an absolute shame not to highlight it right now. The French artist, who considers herself a "freelance illustrator," is in her early 30's and she trained specifically to work on comics but that has clearly not taken away from her fan art.

She loves video games and drawing and considers herself a "cartoonist" on a "quest for learning." Her series of Disney Princesses features some of the most beloved Disney characters of them all.

4. Belle, Beauty and the Beast

The text on this absolutely gorgeous illustration reads: 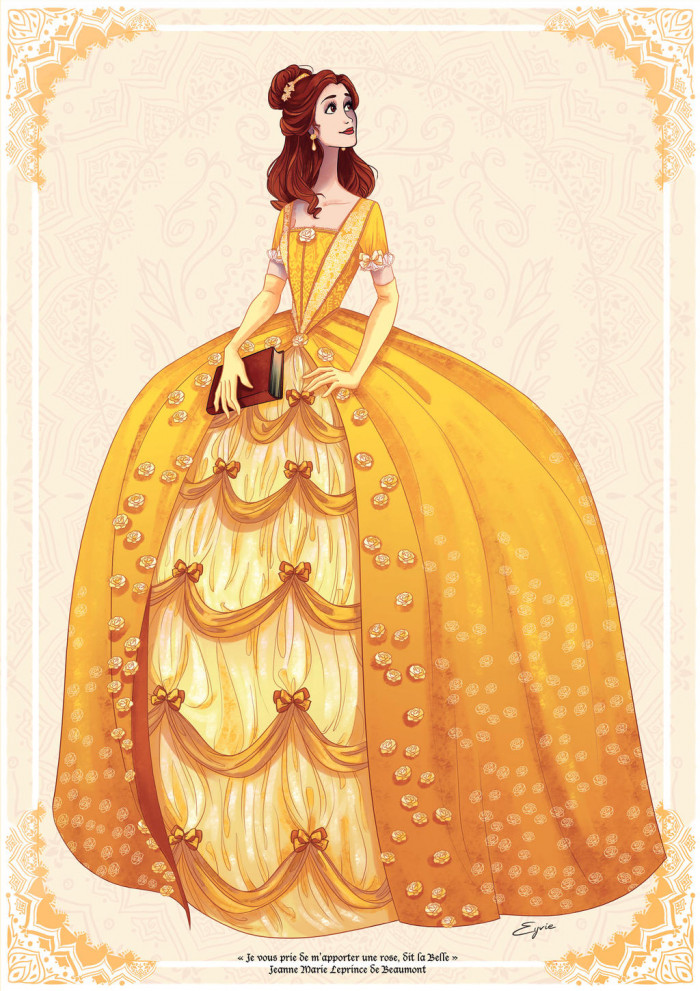 The text on this beautiful piece reads:

"Rapunzel had beautiful long and thin and yarn hair like gold." 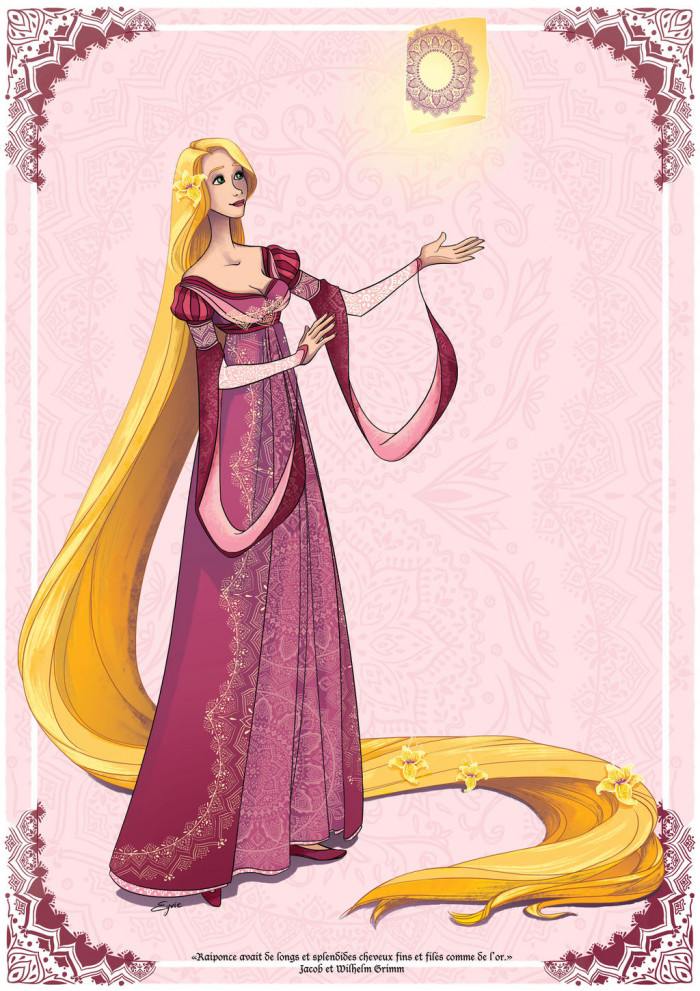 The text on this classically inspired illustration reads:

" She dropped one of her glass slippers …" 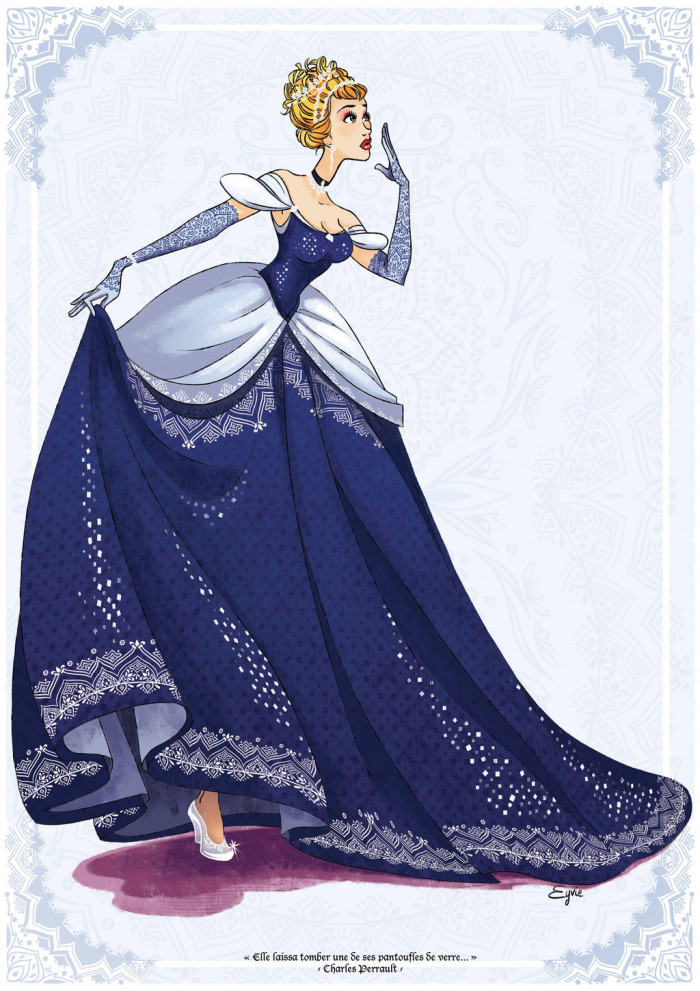 Many of Disney's most beloved fairy tails are inspired by stories that existed long before Walt Disney did. That is not a myth, it's a well-established fact that Disney doesn't shy away from.

In Walt Disney's early career he produced silent short cartoons at the Laugh-O-Gram Studio that consisted of "humorous, modern re-telling of traditional stories." Following those animated shorts and leading up to his first feature length animated film (Snow White and the Seven Dwarfs,) Walt Disney and his studio continued to turn traditional fairy tales into animated shorts for an entire series called Silly Symphony.

7. "La Reine des Neiges" translates to "The Queen of Snow"

The text on Elsa's portrait reads:

" His eyes sparkled like two stars, but there was neither peace nor in rest. " 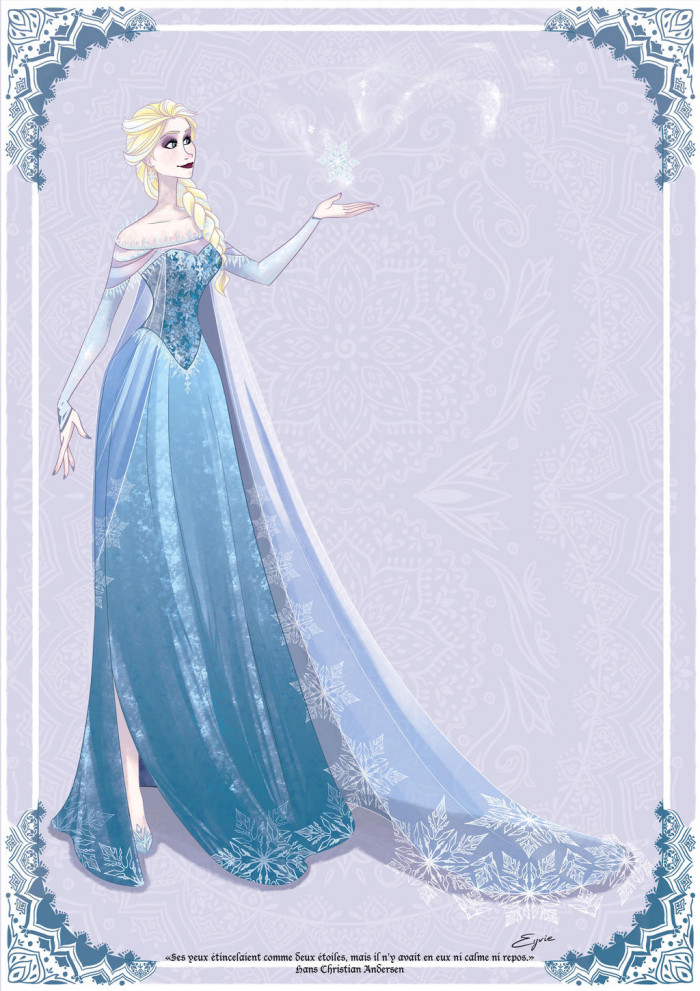 "It was a wonderful brown, large bright and sparkling eyes." 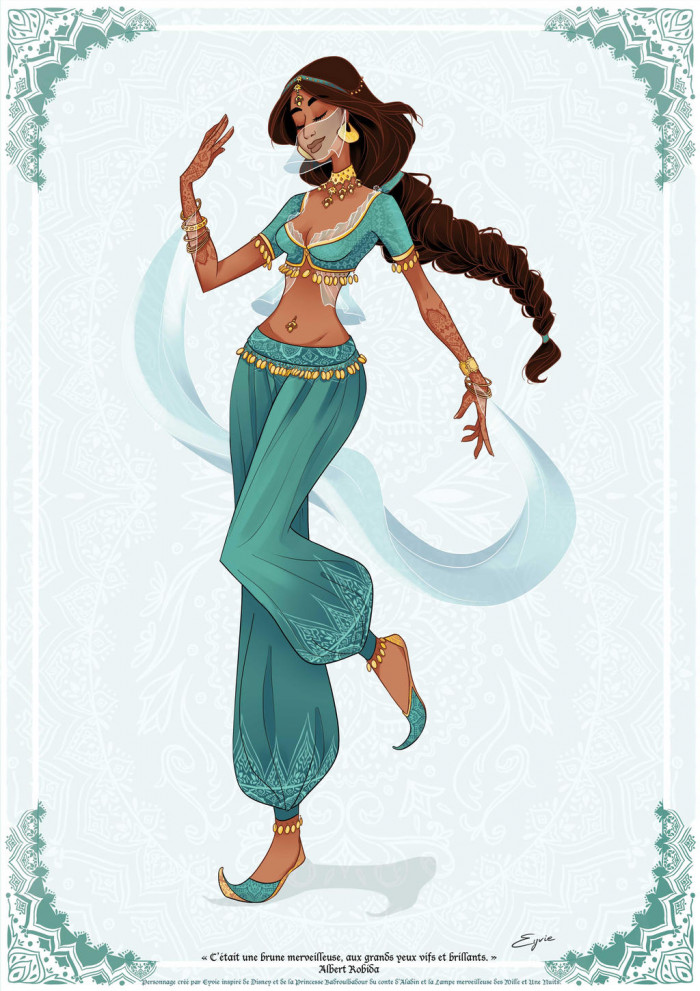 "XVIe and XVIIe Century - His real name was Matoaka and Amonute. Pocahontas was a childhood nickname referring to her playful in nature." 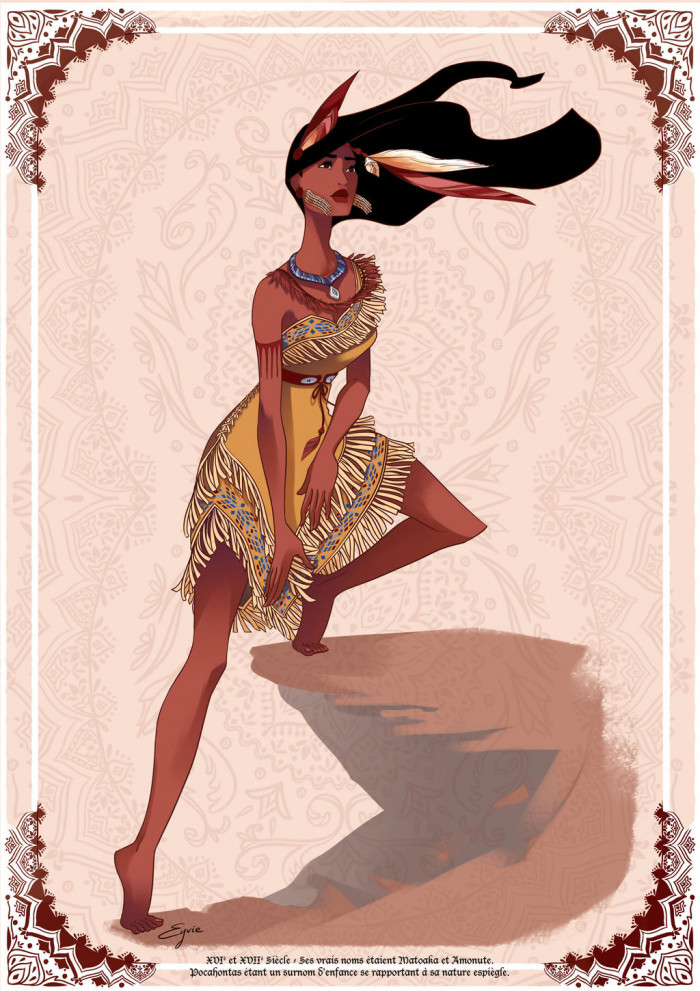 Judging by Eyvie's intentional costume designs and quote choices, we can easily guess that the artist sincerely appreciates the intersection of each Disney character's origin stories. She's chosen some of the most perfect quotes to adorn her pieces!

It's especially noteworthy that she included details about Pocahontas, the real, indigenous person who existed. For many people, Pocahontas is one of the most contentious Disney films of the Disney Renaissance period.

"Spent 12 years on, Hua Mulan fought in the army of the Kingdom of Wei. Nobody realized that she was a woman. " 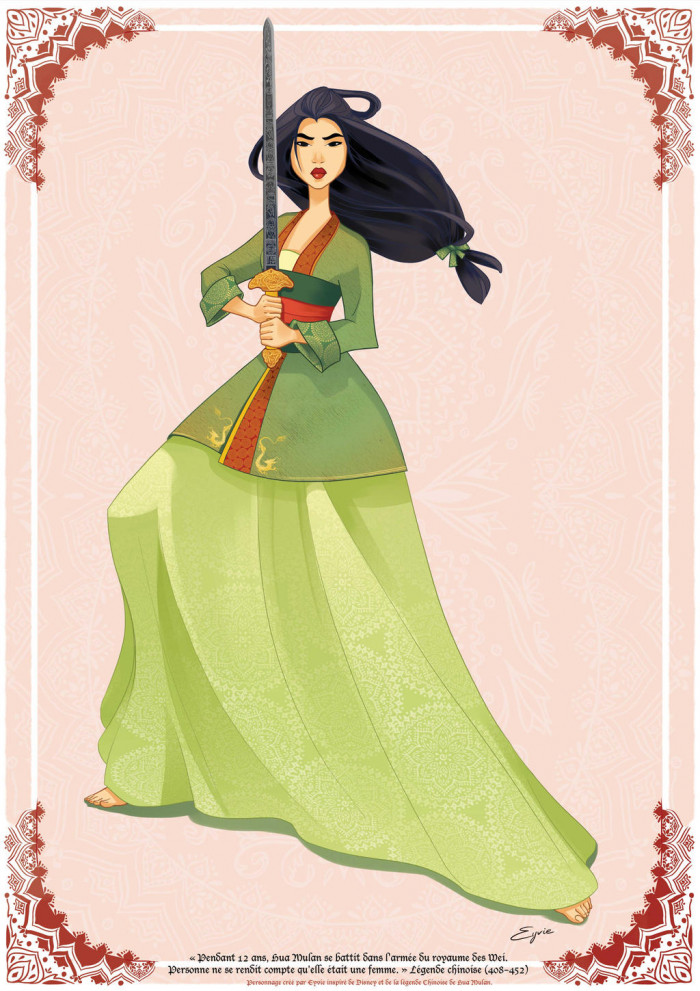 " White as snow, rosy as blood, and her hair was black as ebony. " 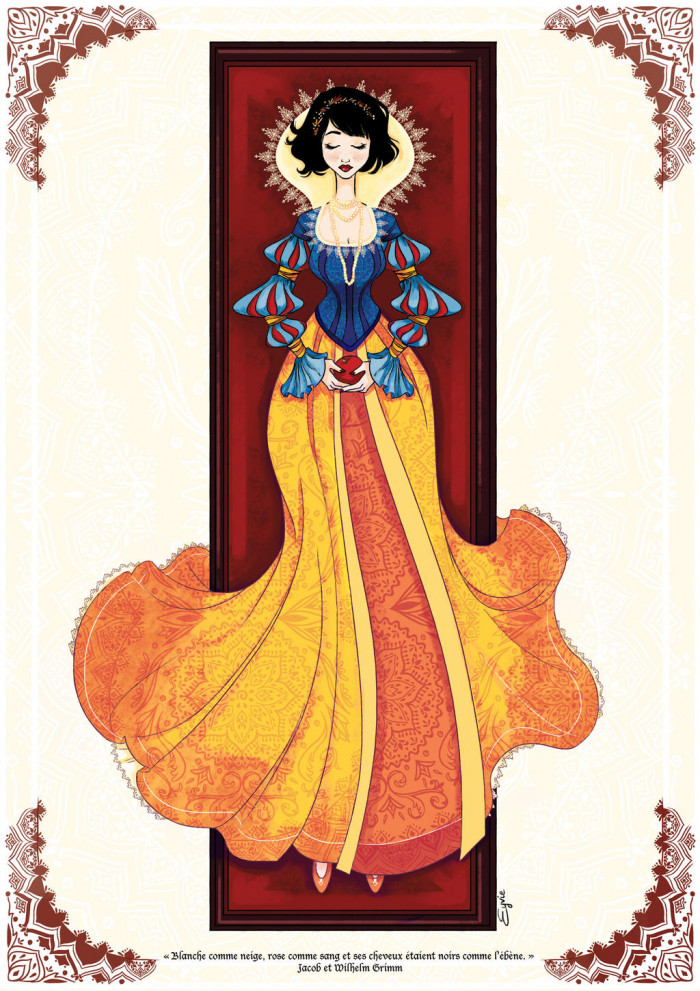 "The princess would pierce the hand, and she would die. " 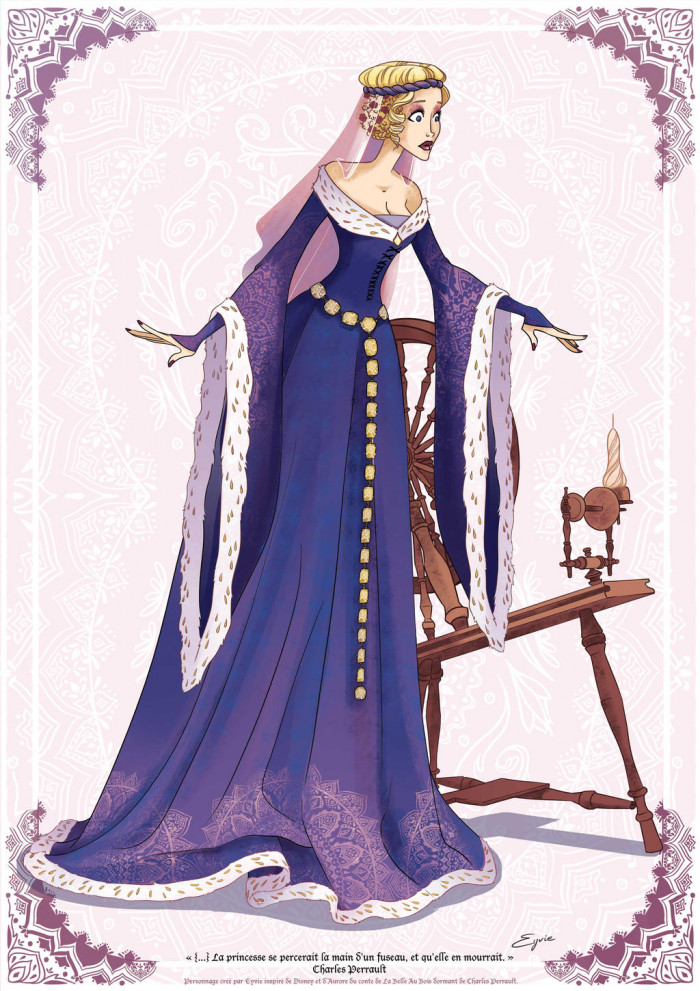 Eyvie has a sincerely beautiful illustration style, whimsical really is the best way to describe her work. She also definitely does not stick exclusively to Disney and pop culture fan art!

Going online as "AzureOcean," she has created art on her own terms with an appreciation for color and style, and she has done commissioned work that display a stunning attention to detail in her portraits. Check out a few more pieces of her work to fully appreciate what she's capable of as an accomplished and freelance artist: 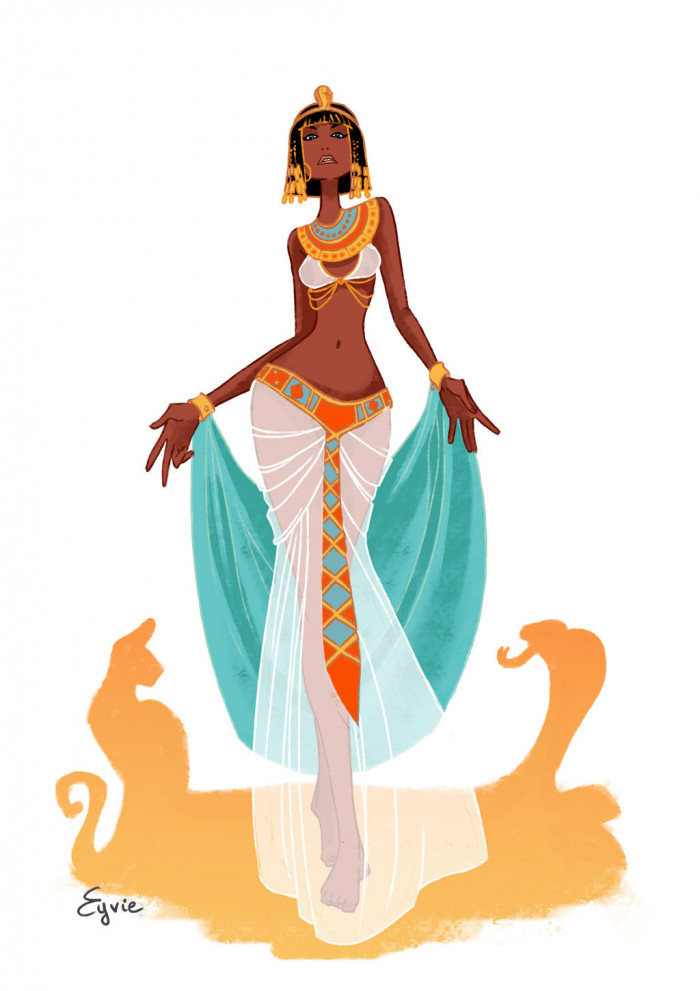 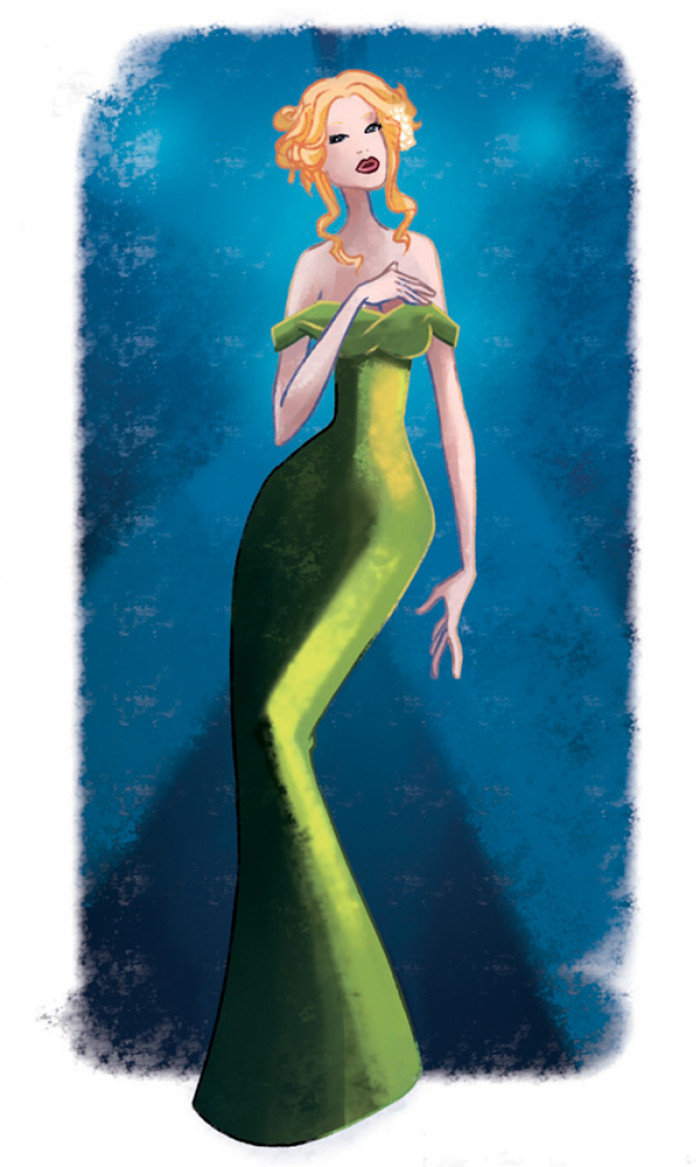 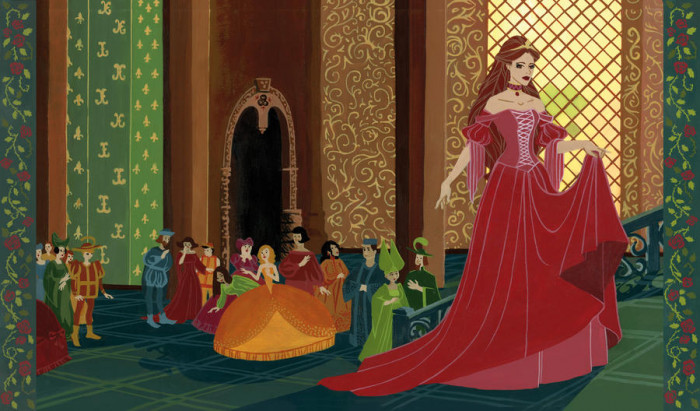 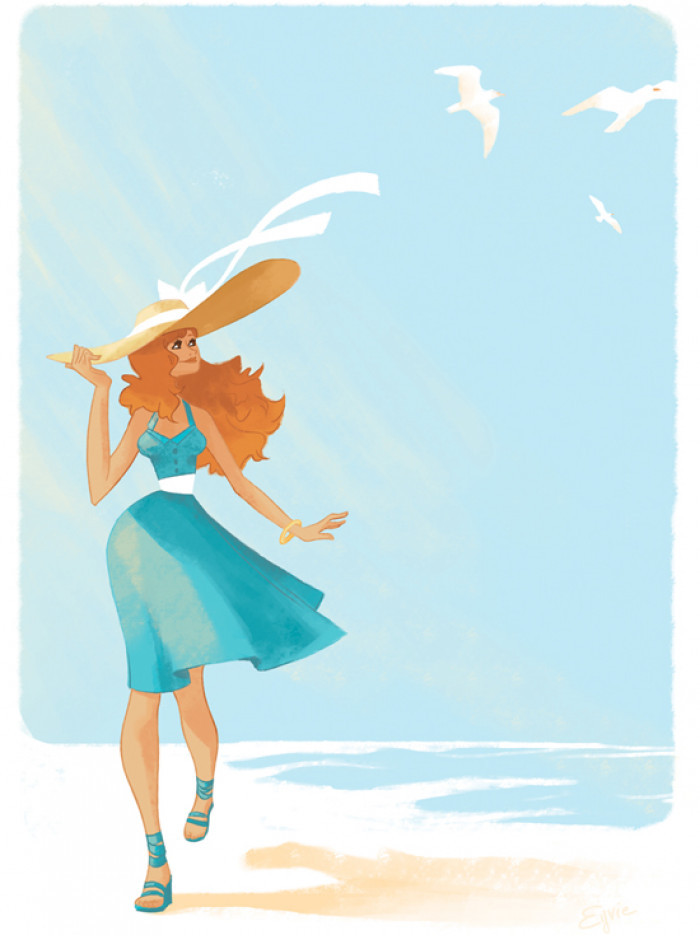 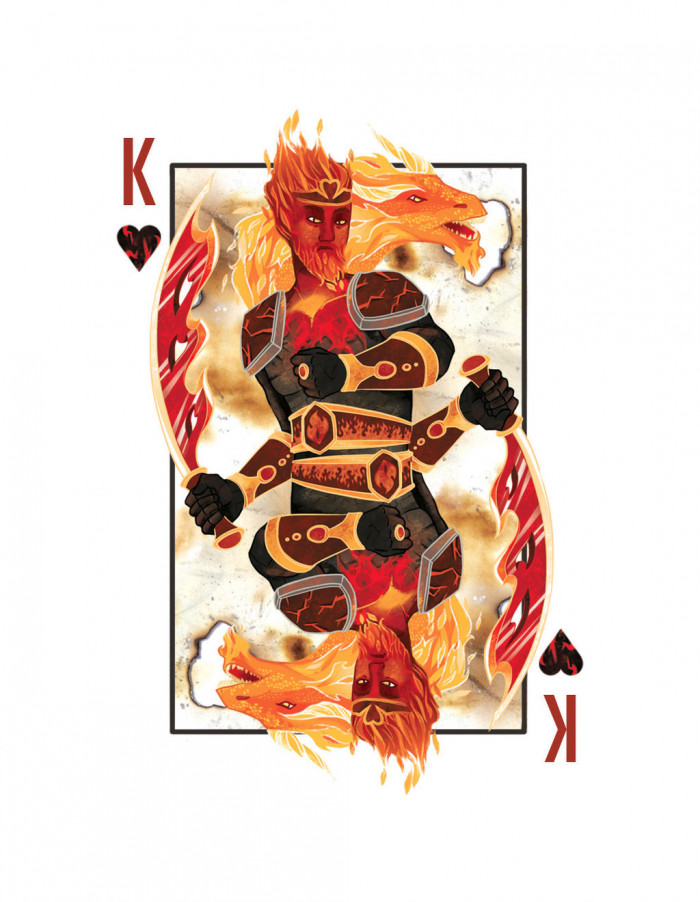 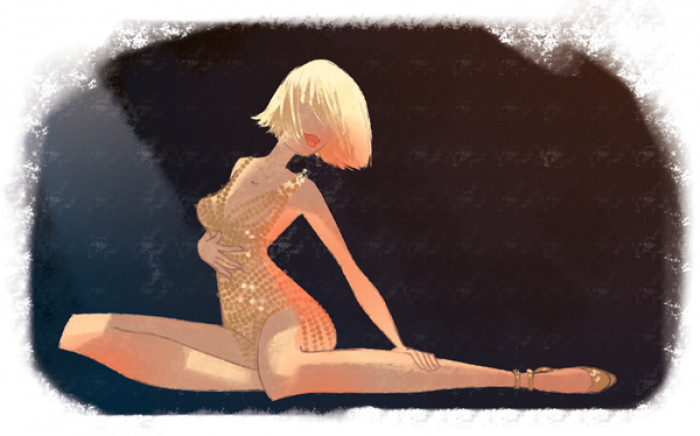 Inspired by The Hunchback of Notre Dame 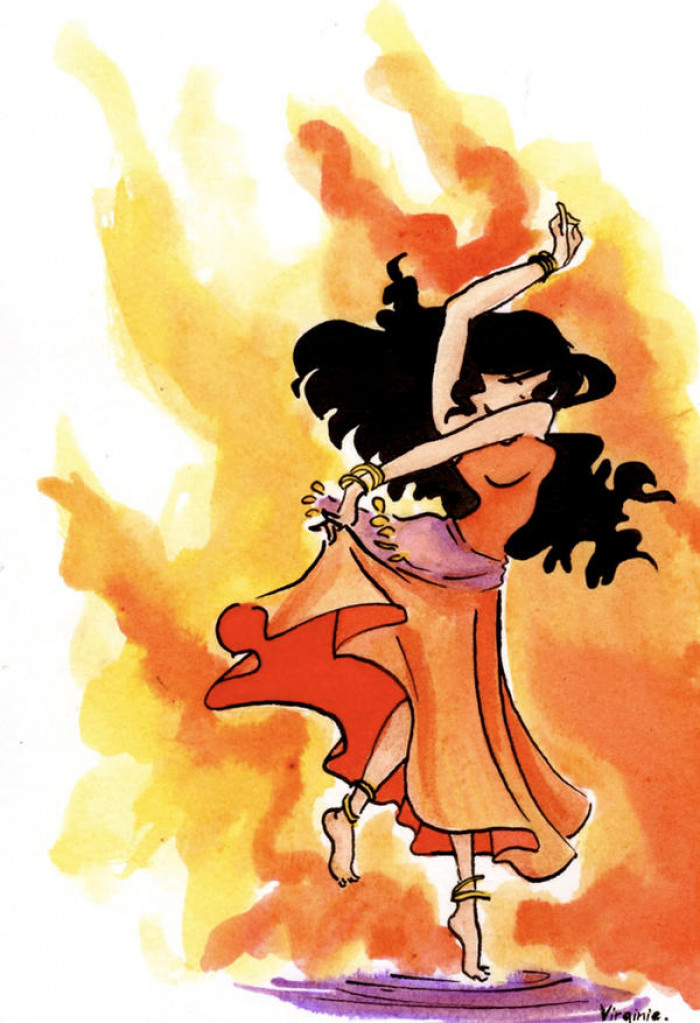 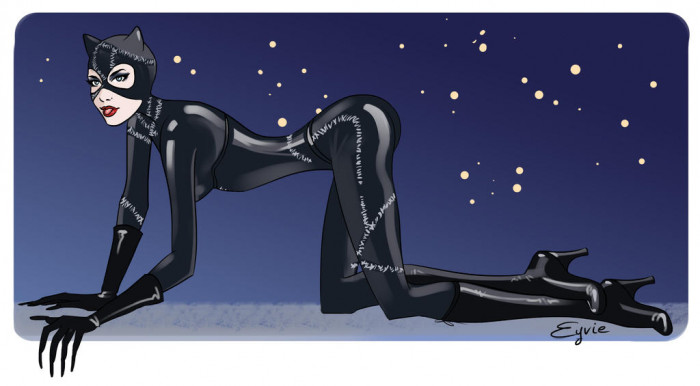 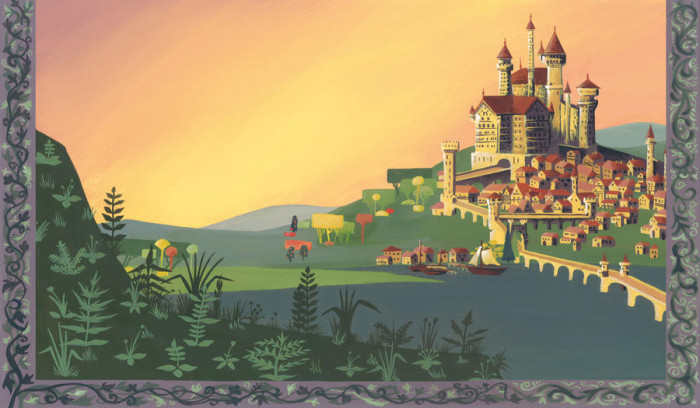 When it comes to both Disney fan art and genuine artistic talent, Eyvie certainly nails everything she pours her heart and skill into. It's very easy to appreciate what she's created and shared.

When you're looking at fan art, especially pop culture fan art, what do you hope to see? How much creative freedom is allowed before the sentiment disappears?

It's hard to say, since people have re-created Disney Princesses in some incomprehensible ways (does anyone remember the potatoes?) Feel free to share your thoughts in the comment sections and let us know what you think!