Every country in the world has quirks that add to its charm and make us fall in love with it. Well, not all of them are so charming. Sometimes, they are just quirks that still look weird to us, even after spending decades in that country.

Jessica Rose is an American who’s been living in the UK for over a decade, and she recently shared some of her observations about things she still can’t get in the UK. Her post amassed more than 70k likes, and other people soon started sharing their own experiences. Take a look at their “weird as hell” list. 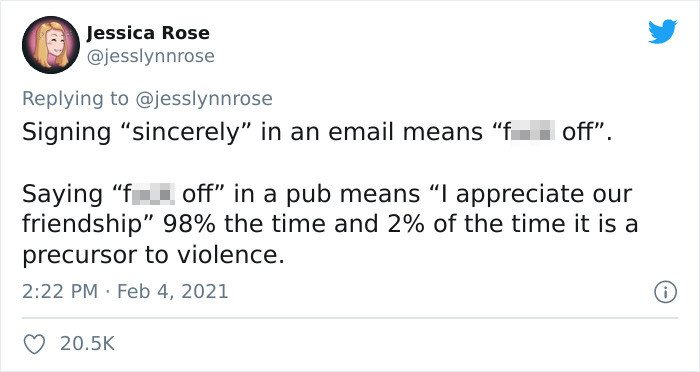 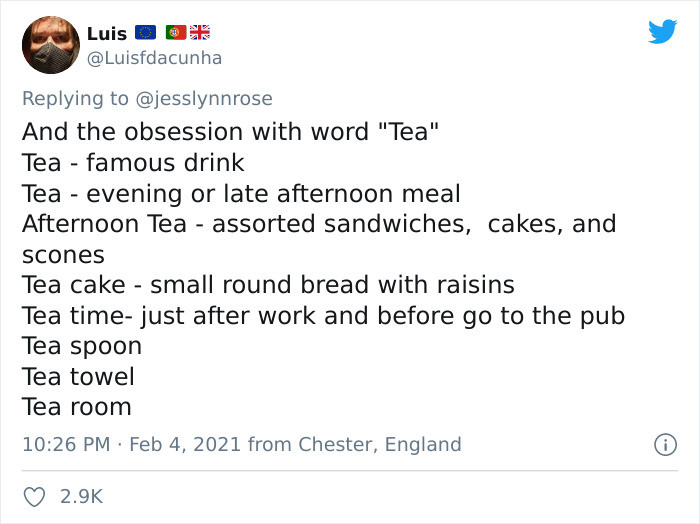 Jessica Rose is in her 30s and works in the IT industry. She lives in Birmingham and likes the most things about her life in the UK.

She says that as an American, she thinks that the National Health Service is "mind-bogglingly amazing."

"I also really love the public transport here. And almost everything about Birmingham. Am I allowed to mention it's the best city in the UK? I don't think there's much I dislike about living here, some things are just still weird after 10 years." 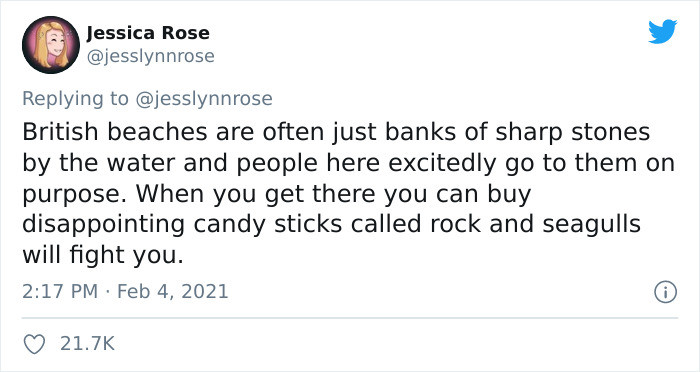 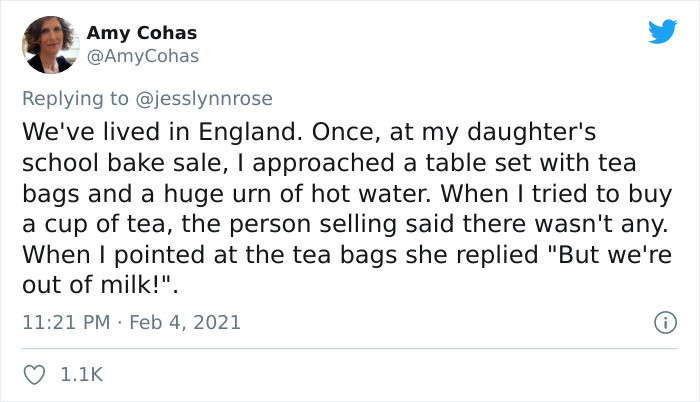 But she still sometimes misses the American way of living. “It seems like a silly thing to miss, but as my days get really busy, I miss shops being open as late as they are in the states,” she says.

Jessica also thinks that “a lot of the misconceptions of and stereotypes about the British mistakenly group all of the UK into a homogeneous lump while the UK is really a massively diverse group of people across our 4 countries (N. Ireland, Scotland, Wales and England).” 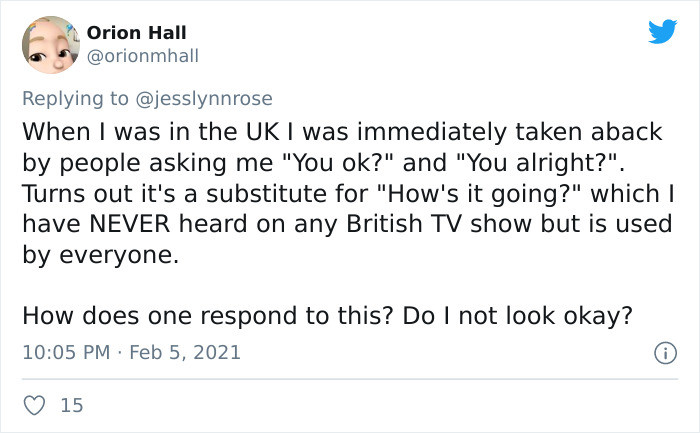 One of the best examples is the legendary English breakfast. “For example, people from outside the UK often think of the English breakfast as something singularly British, while overlooking the (far superior) Scottish fryups,” Jessica said. 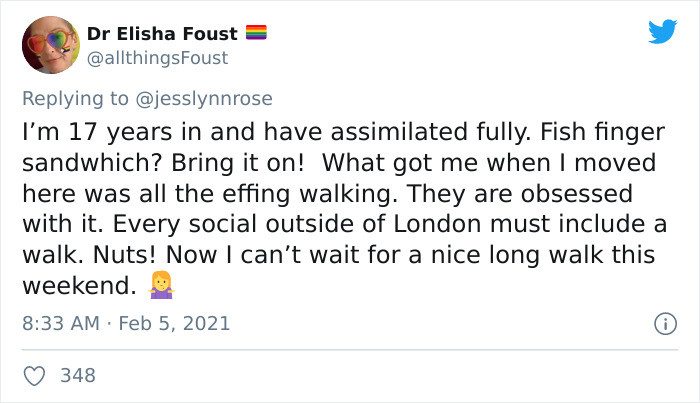 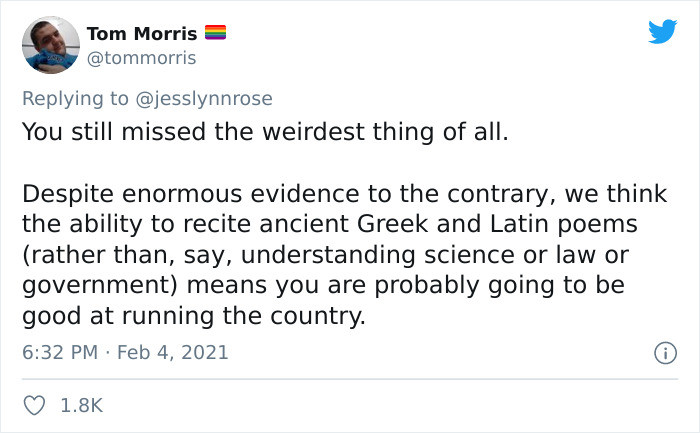 She didn't expect to get so many likes and responses. "I half hoped a few people would see it as I was quite proud of the phrase 'sugared houseplants.' I hope folks liked it!" 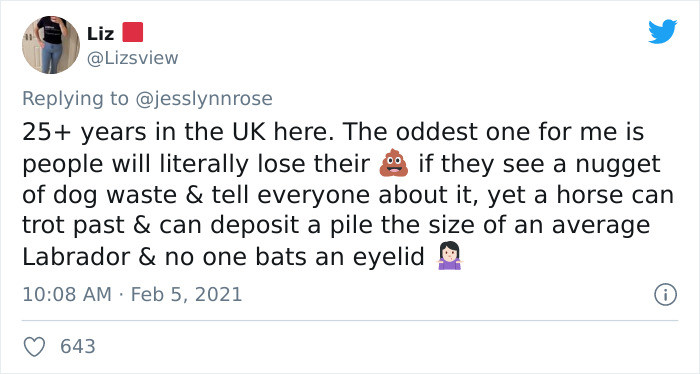 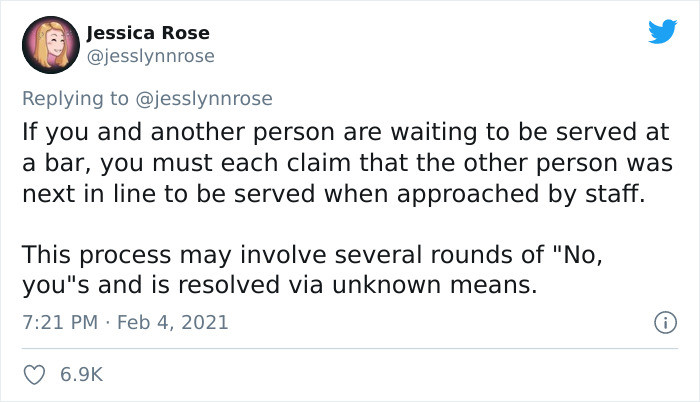 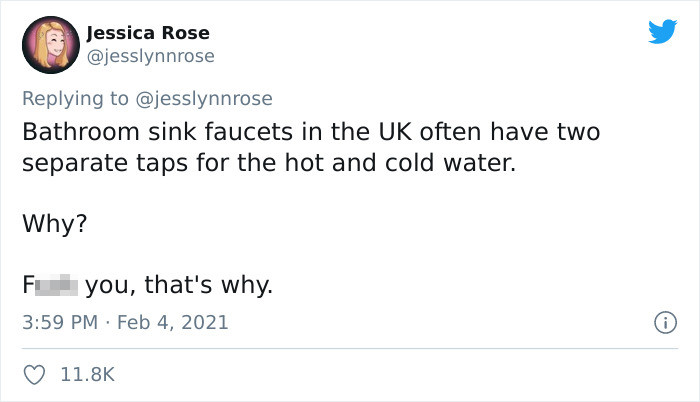 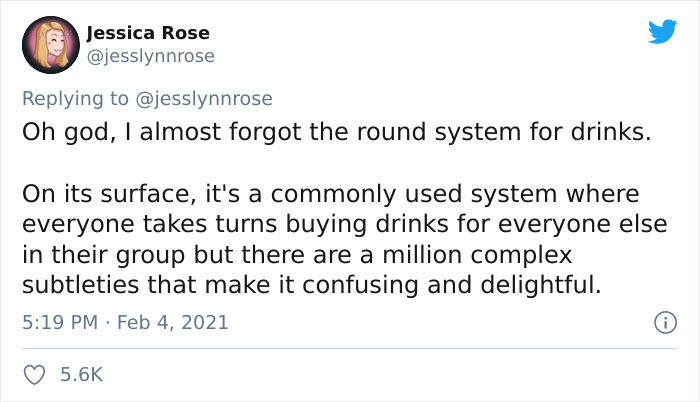