It's always pretty cool when someone with a highly educated job that has nothing to do with art is also a dedicated and skilled artist in their free time. That is definitely the case with Chilean artist and illustrator Valeria Bogado.

Valeria is a busy Orthodontist in Chile but she's also very much a talented, freelance illustrator. She's been accepting commissions for years but she also creates a lot of beautiful art for the fun of it, it's something she says she genuinely enjoys.

Disney fans are some of the best fan artists in the world. It probably has something to do with the fact that Disney tends to create such iconic looks for all of their characters, making it easy for fans to create art that is both true to the original designs of famous characters but also heavily influenced by their diverse and unique artistic styles.

Valeria is like other artists in that sense, at least. She creates fan art in her unique style... but it is most definitely a unique style she's creating art in!

The colors, features, and poses she chooses when she re-creates or re-designs Disney characters and scenes from famous Disney movies definitely stands apart from a crowd and we're positively convinced you'll love her artwork.

Valeria drew her and her good friends as Disney princesses! 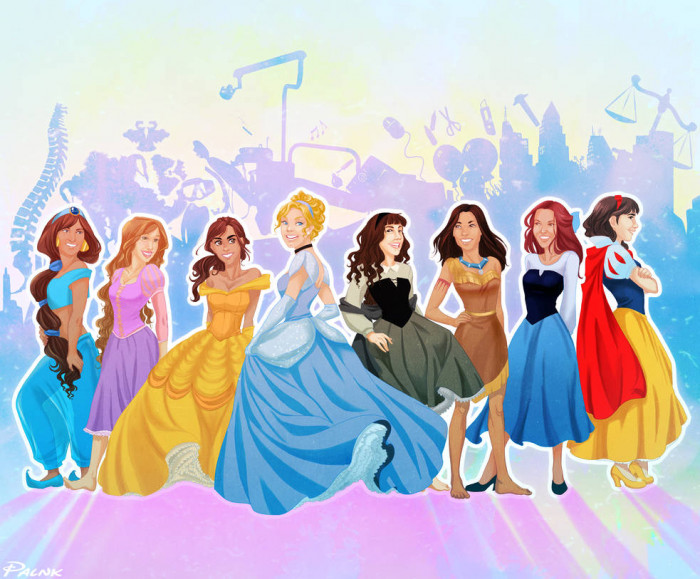 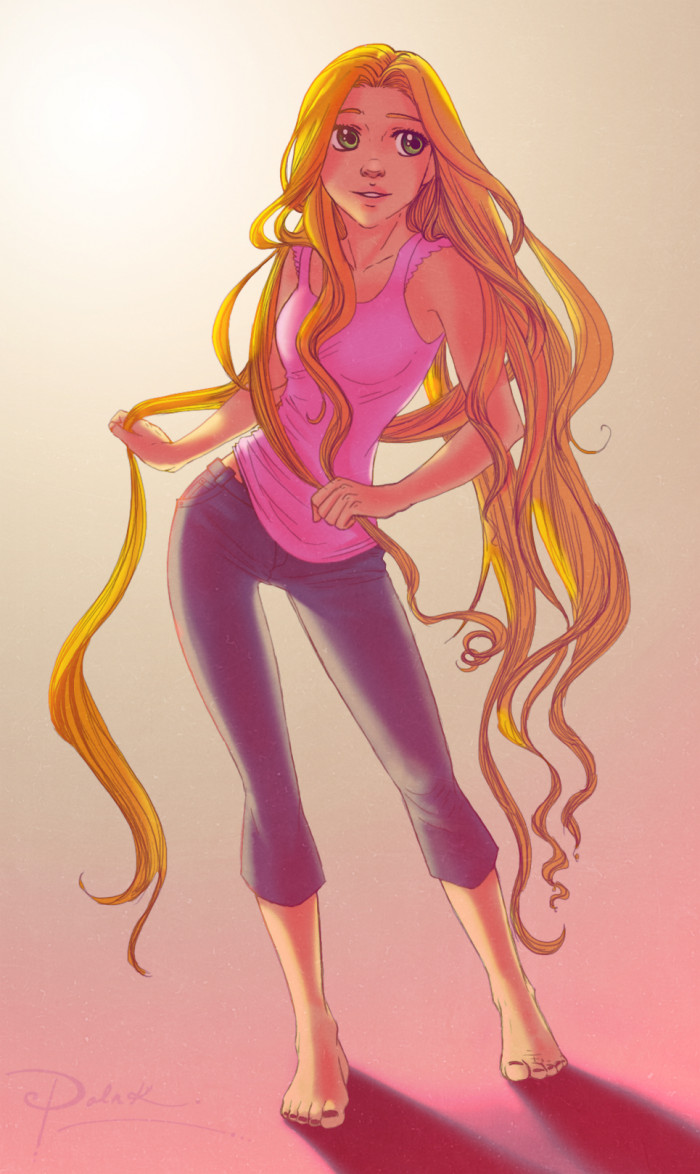 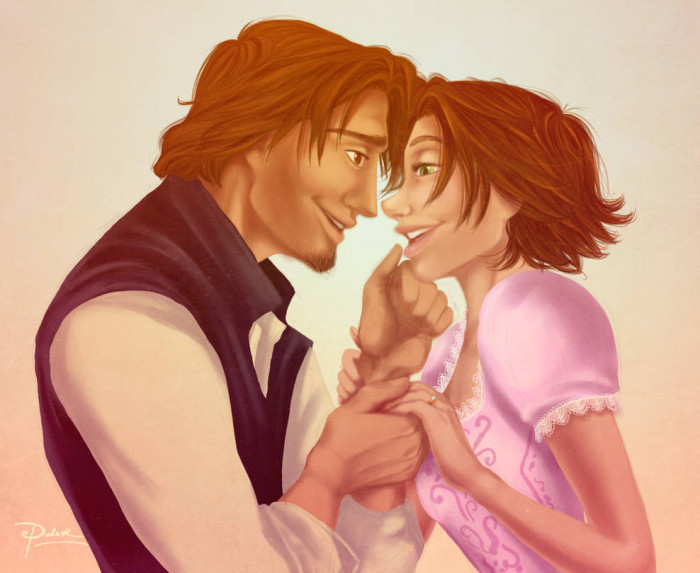 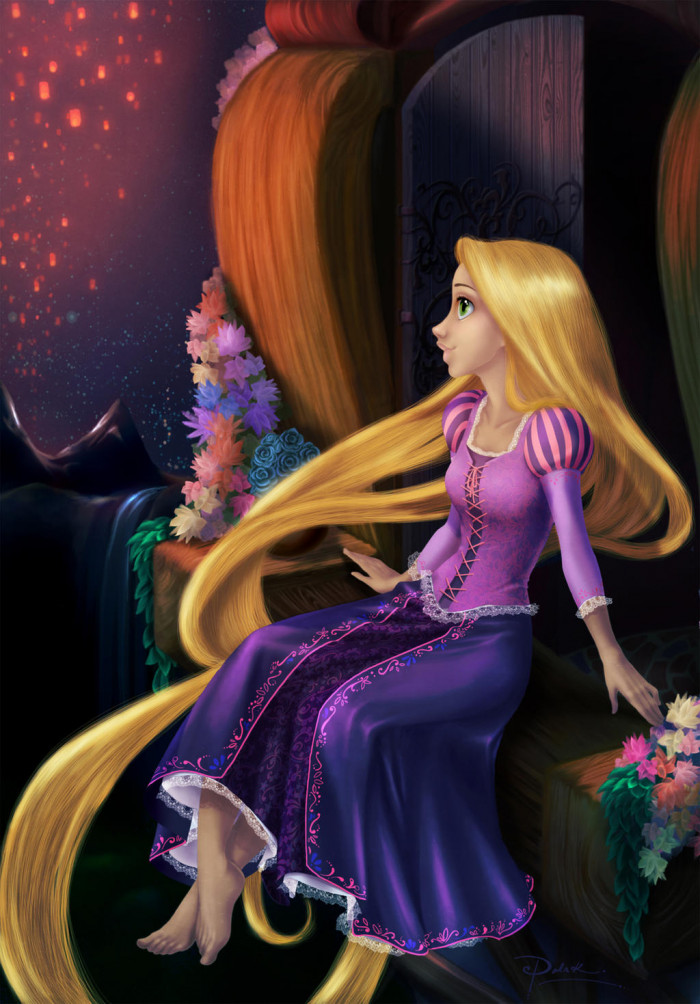 Disney's Tangled is definitely a fan favorite. Disney's take on The Brothers Grimm's Rapunzel came out in 2010 starring Mandy Moore as Rapunzel and Zachary Levi as Flynn Rider.

At one time, there was controversy surrounding the name choice on Disney's part, but Disney insisted that the neutral name was because Rapunzel and Flynn Rider are both the stars of the movie, and that Tangled is not just a movie about Rapunzel.

Tangled took six years and an estimated $260 million to create and it is believed to be the most expensive animated movie ever. After it's release in November of 2010, the film earned $591 million in worldwide box office revenue, $200 million of which was earned in the United States and Canada alone.

Tangled was also well received by both critics and audiences, something that doesn't always happen with movies. 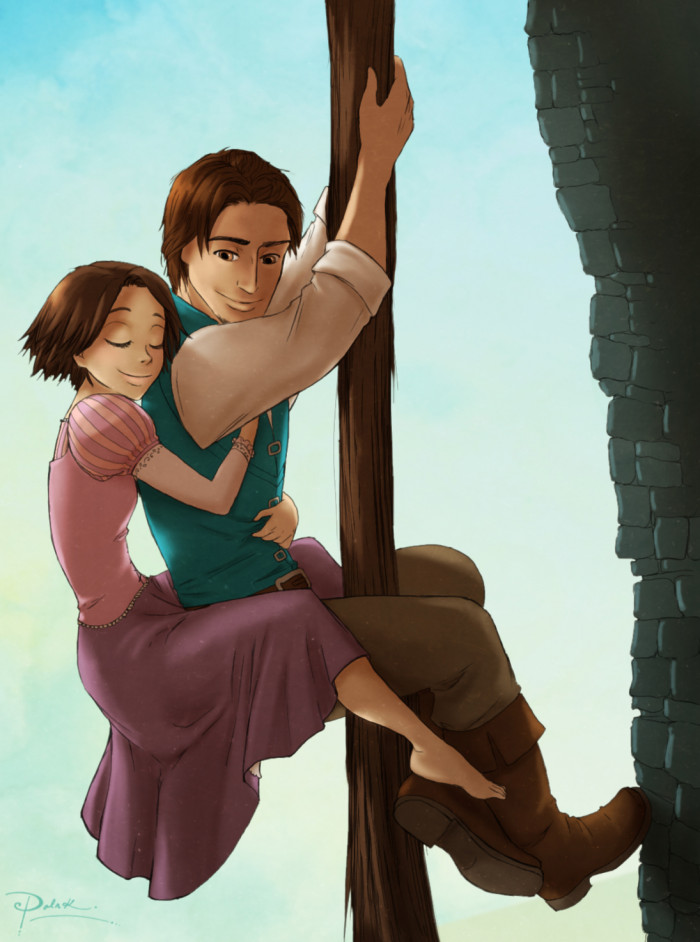 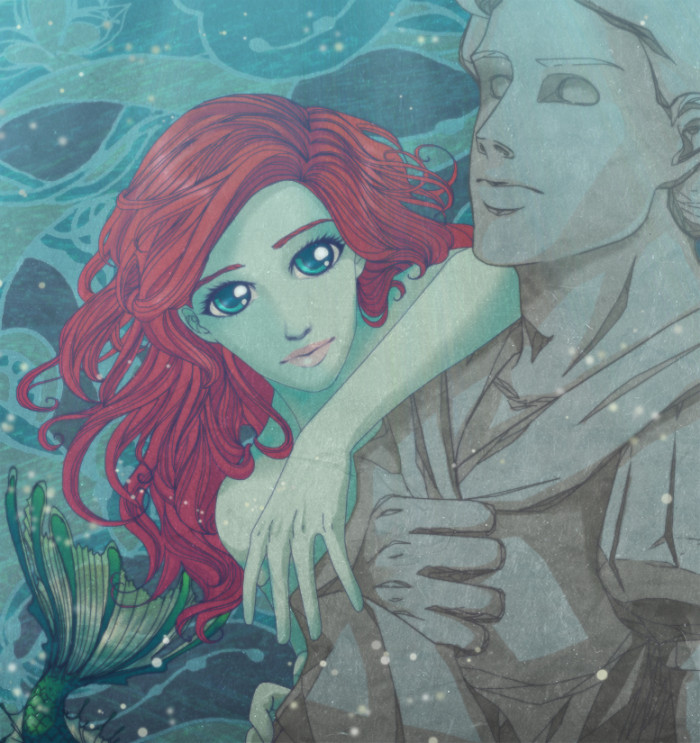 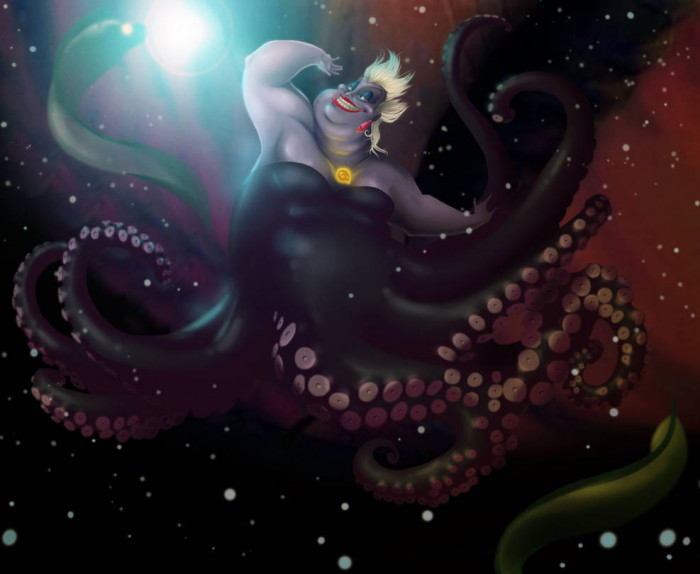 "Go" Beauty and the Beast 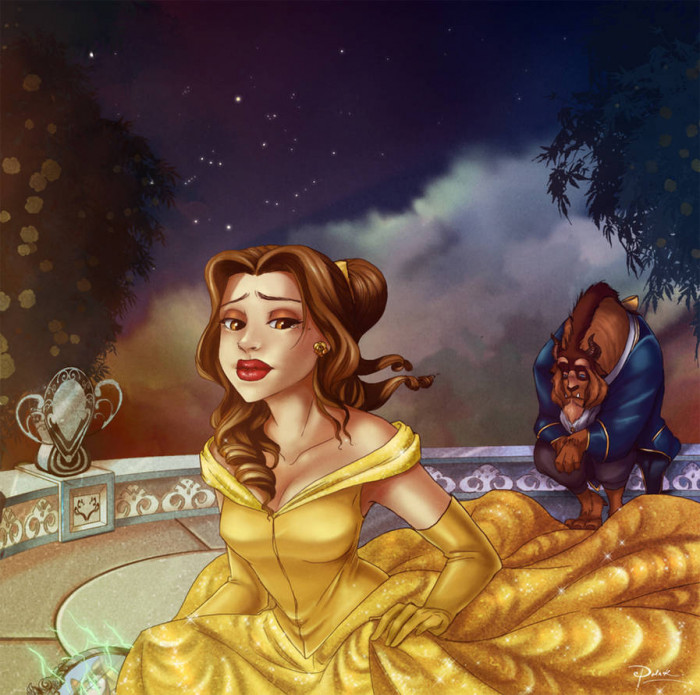 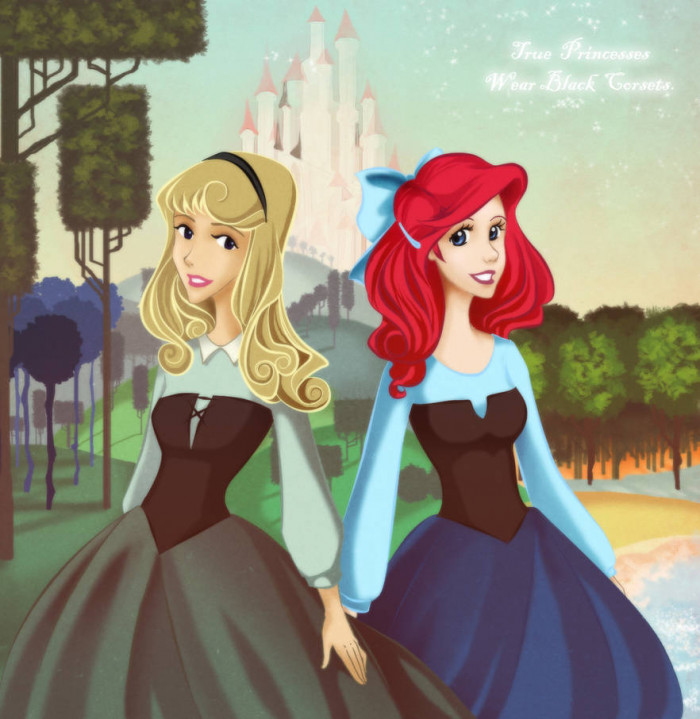 Valeria Bogado is a skilled and talented artist, but she's also an Orthodontist who recently opened her own dentistry office. She has said that even when she is very busy with work and a hectic life, she misses drawing, so she tries to keep at it and uploads content to social media as often as possible.

Her style is distinct and easy to fall in love with, it's no surprise that she is still accumulating fans after years of dabbling in art and creating over 1,000 pieces of art work! The only complaint we could muster up is wishing she had more Disney fan art.

Even though she's created some of the coolest Disney fan art we've ever seen, we can't help but appreciate some of the other art work she's shared with the world. 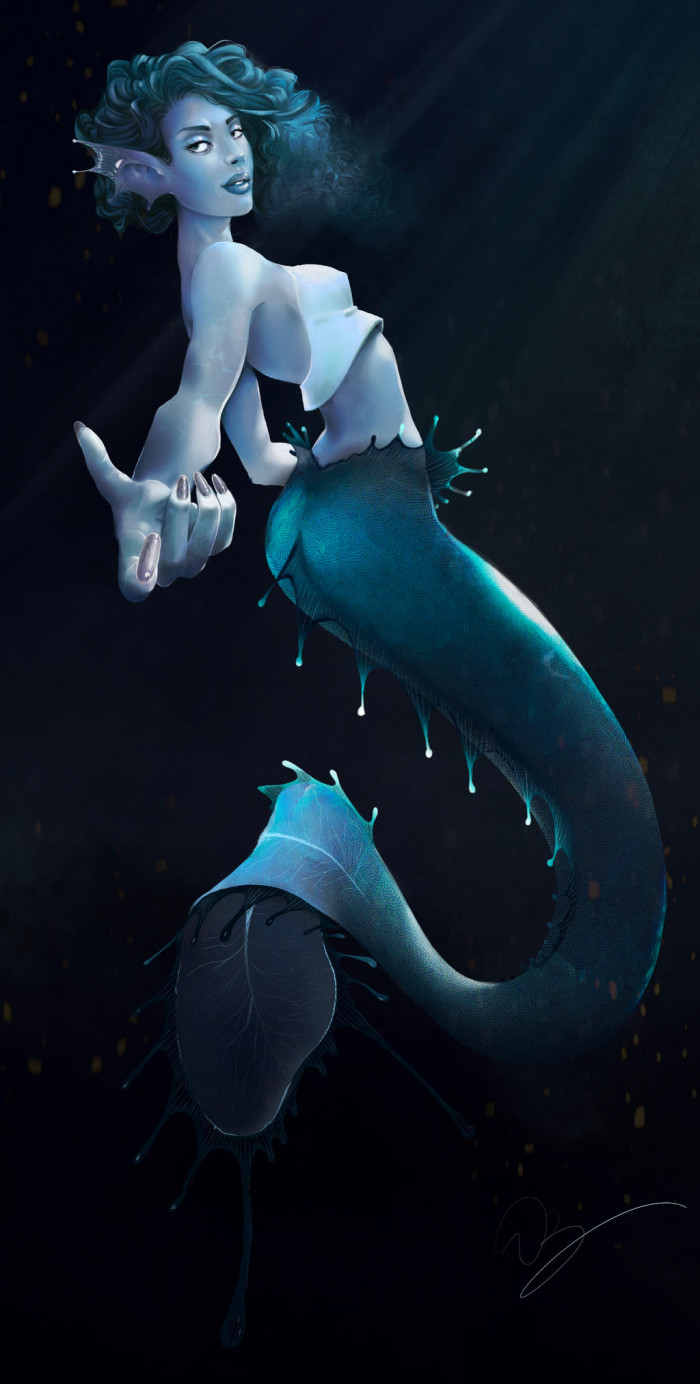 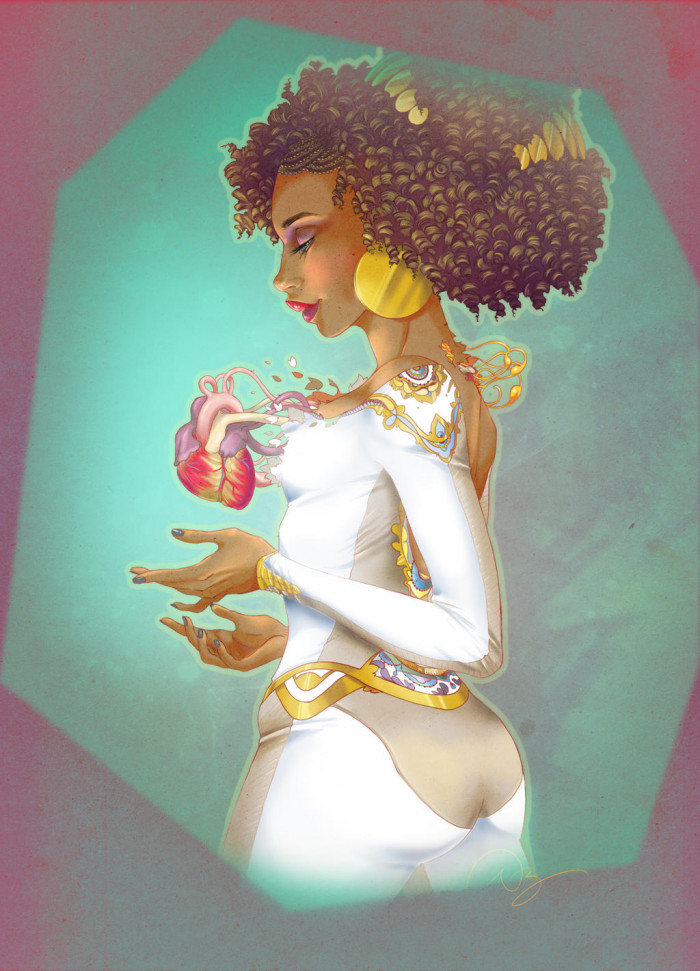 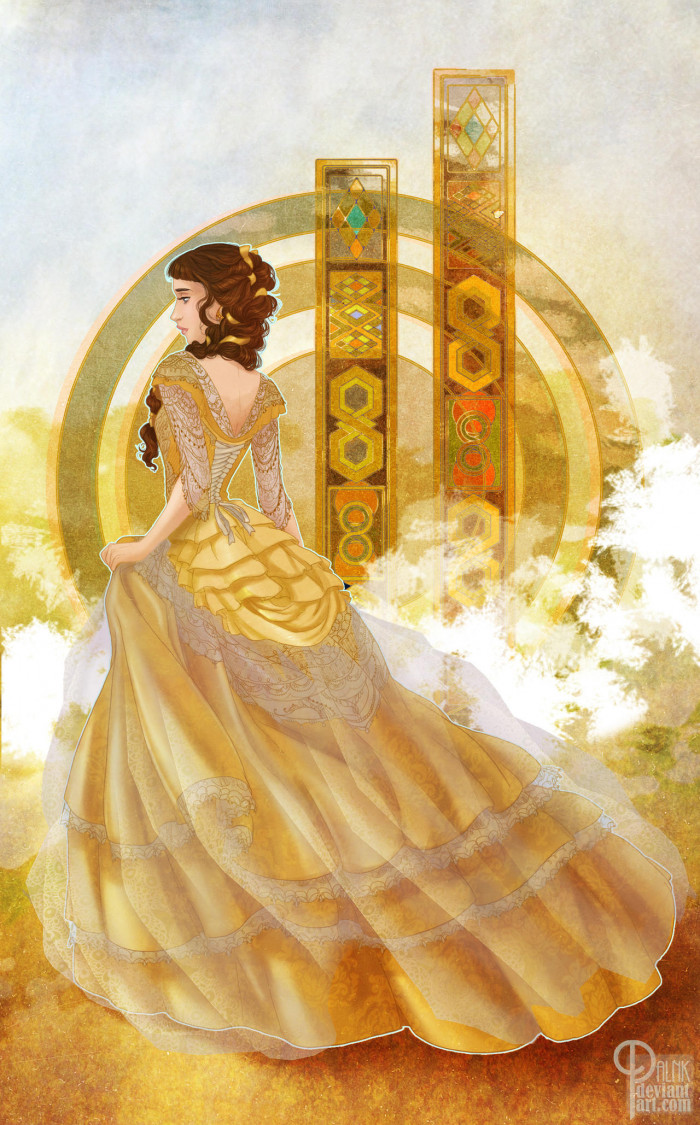 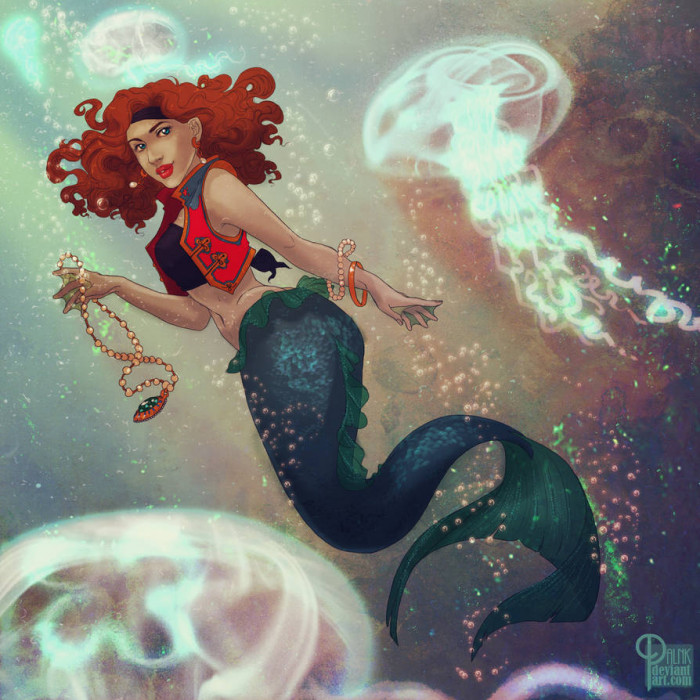 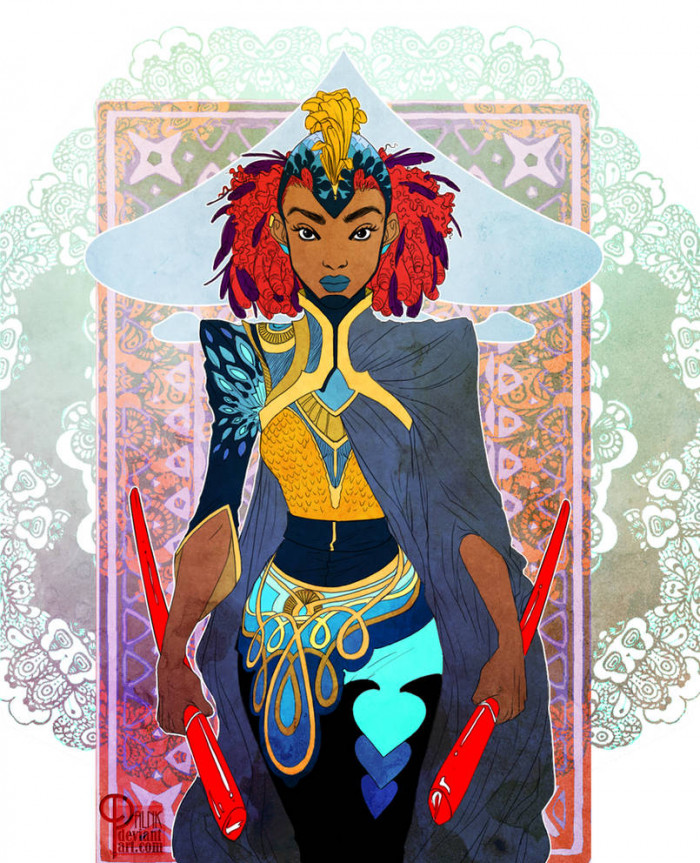 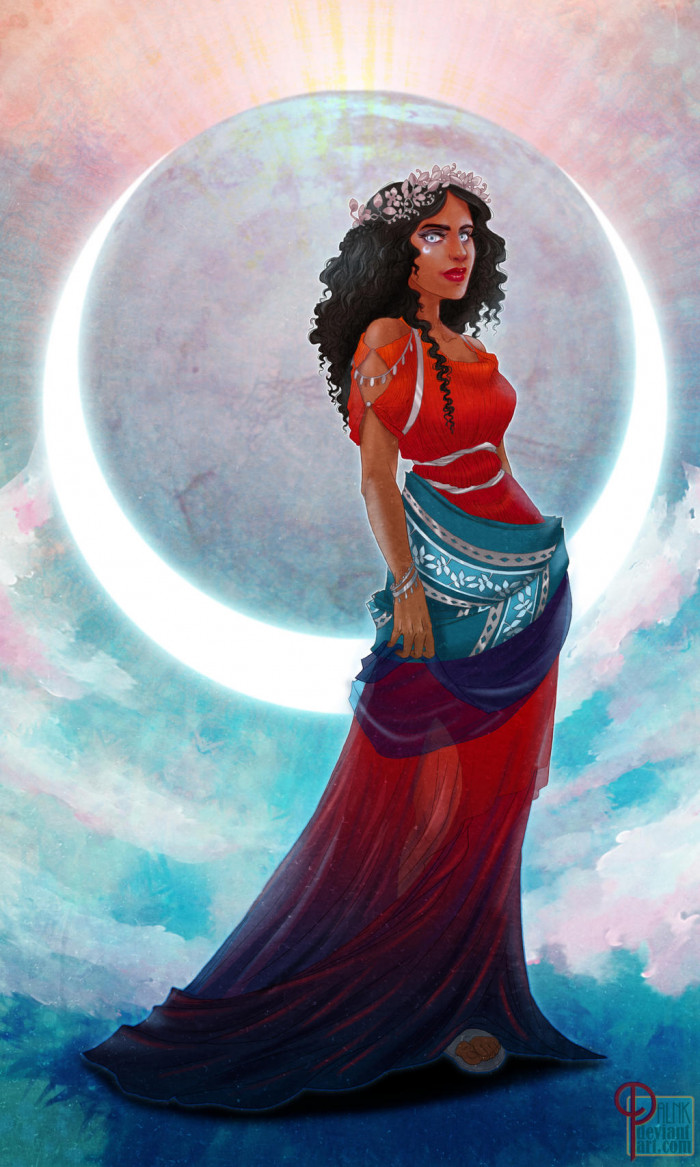 "Art in Chile works as a reflection that safeguards the cultural heritage of the country. The conquest of Chile by the Spanish and the immigration of Europeans brought new artistic forms to Chile, all of which followed classic European styles." 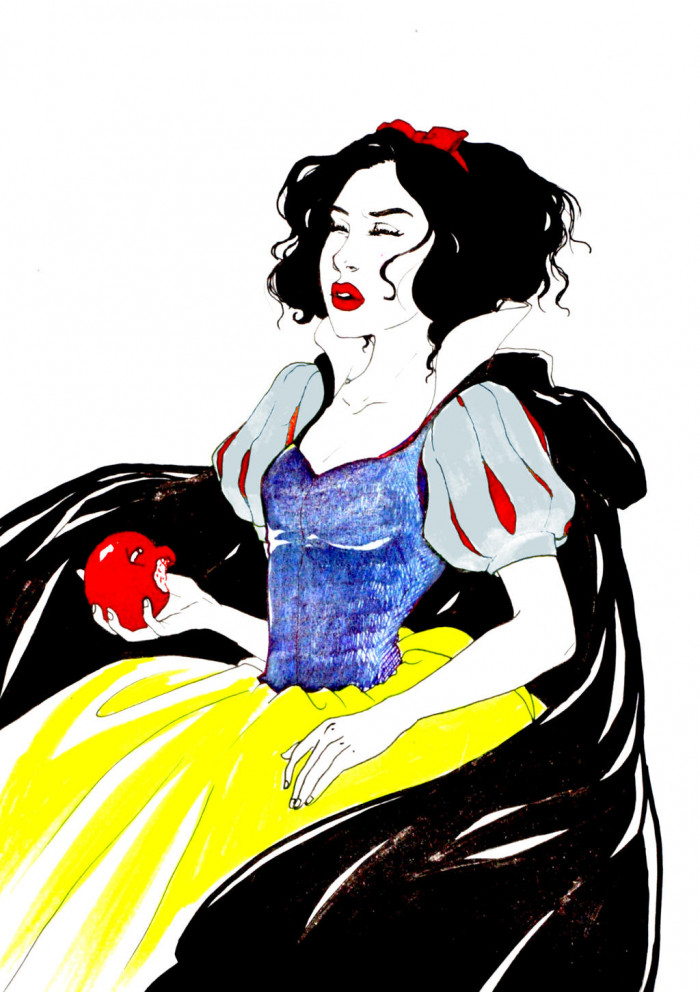 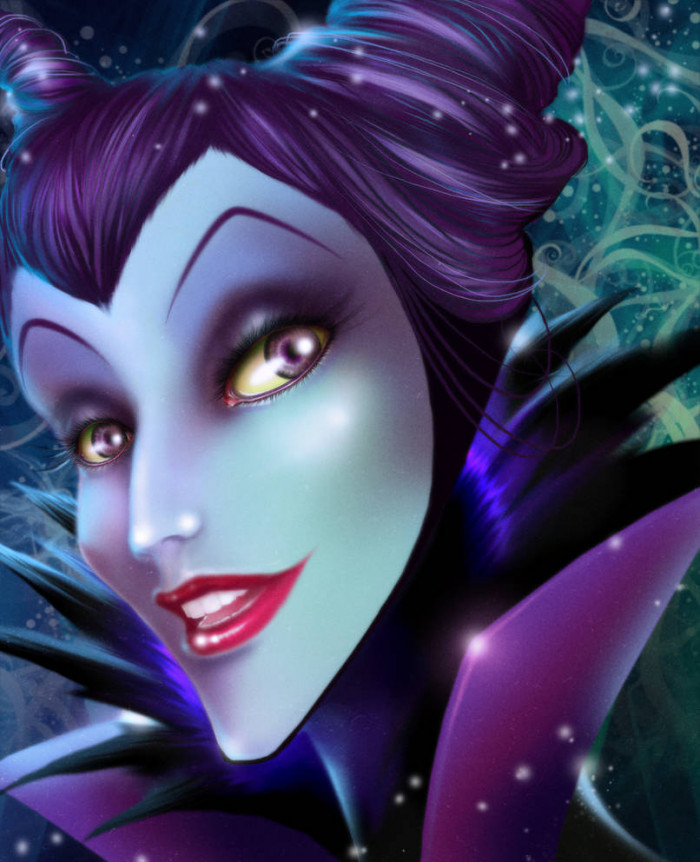 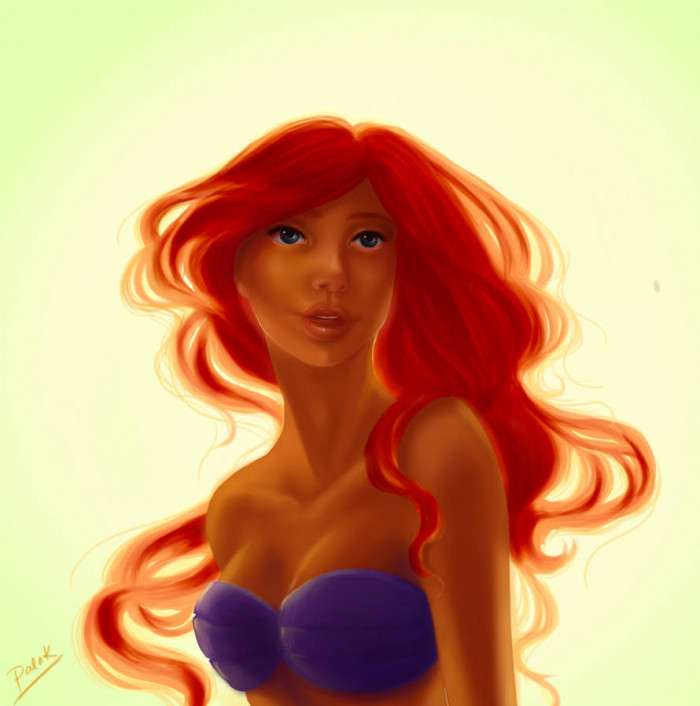 It's anything but uncommon for us to gush over a diverse gallery of Disney fan art and it's definitely something we'll always pay attention to. There is something genuinely comforting about Disney fan art, even if the artists and illustrators creating the art get liberal in their interpretations of classic characters.

In a sense, Disney fan art just helps us re-live everything we love about our favorite Disney movies and characters, don't you think? Share your thoughts in the comments below.