TikTok-Obsessed Teenager Pulls Cruel Prank On Her Brother, But The Punishment Meted Out By Her Parents Has Caused A Stir On Social Media

TikTok, of course! What would become of the r/Cringetopia Reddit community without this platform? TikTok indeed has a positive side, but over time, it has devolved into a sinkhole for junk like fabricated emotional drama and nasty pranks.

For this reason, when Redditor u/Substantial_Camel598 found out her 13-year-old daughter was participating in such unruly behavior, she took some ruthless measures. What happened here is that when the girl's brother was peacefully taking a nap on his bed, the young TikToker, in a bid to get views and attention, decided to shave her brother's head.

The Redditor mon, u/Substantial_Camel598 wasn't having any of that, and her partner was equally ruthless with their naughty daughter. They wanted to make it crystal clear that such behavior is not acceptable.

It didn't take long for the TikToker to face the consequences of her action, which included replacing her smartphone with an old Nokia, taking away her laptop, and grounding her for an entire year, or at least, till her brother's hair grows back.

Unfortunately, this didn't go down well with a lot of people. Both parents were criticized by several members of their own family for being very strict with their child, who put pressure on them to ease off.

When the mom's confidence began to waver, she sought guidance on Reddit.

What it looks like to get your beautiful hair shaved. 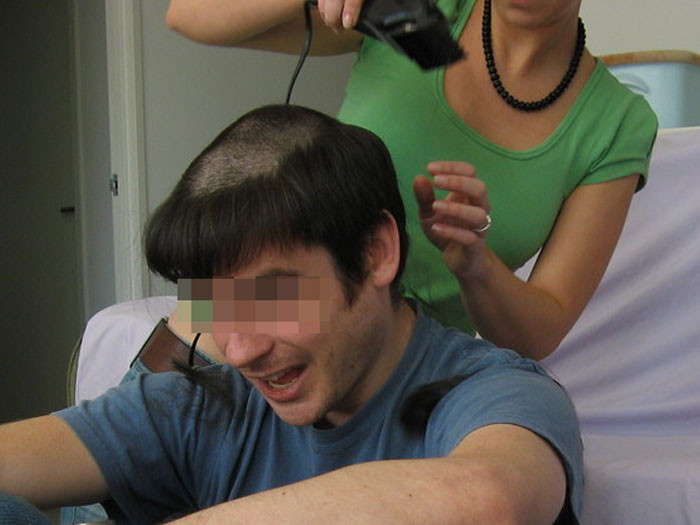 via: Jenny Mealing (This is not the actual photo)
ADVERTISEMENT 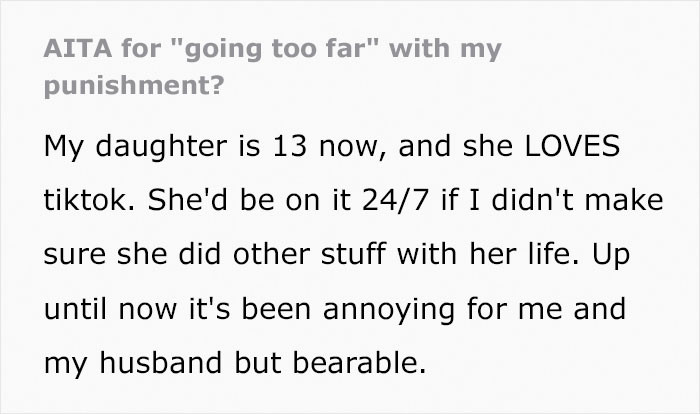 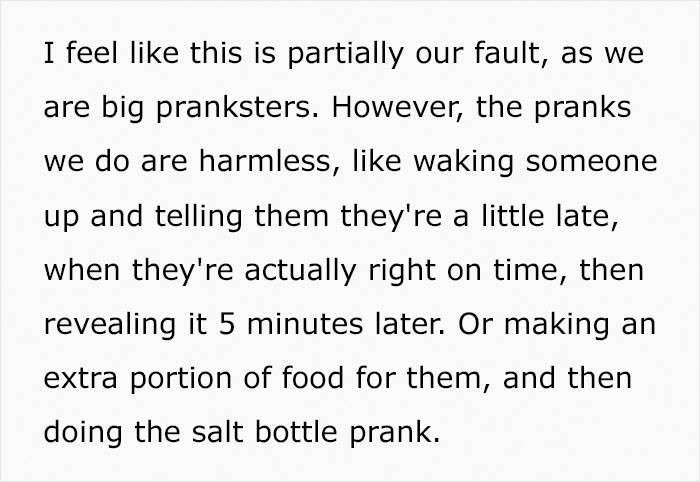 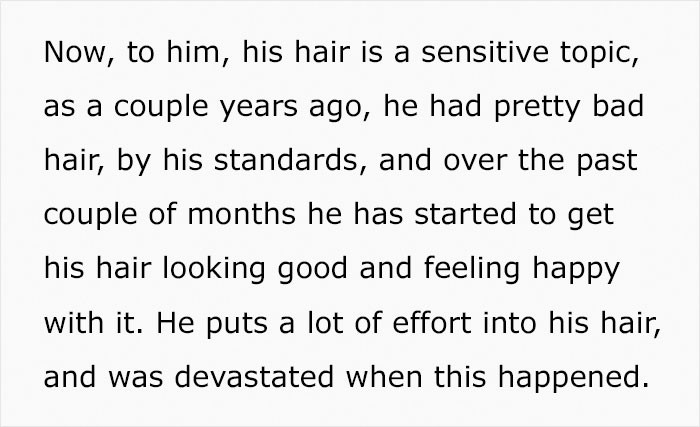 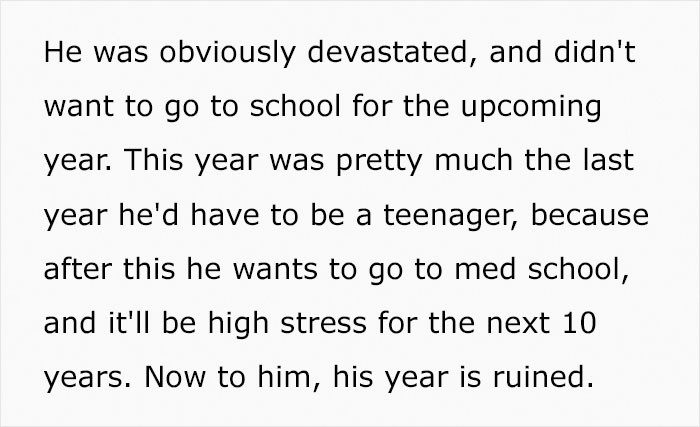 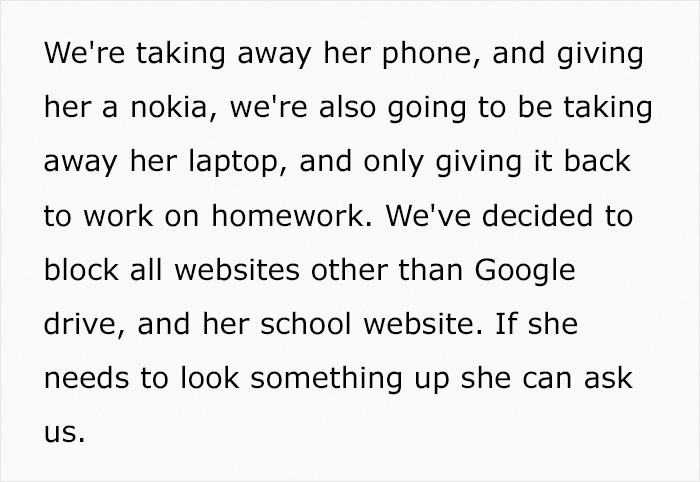 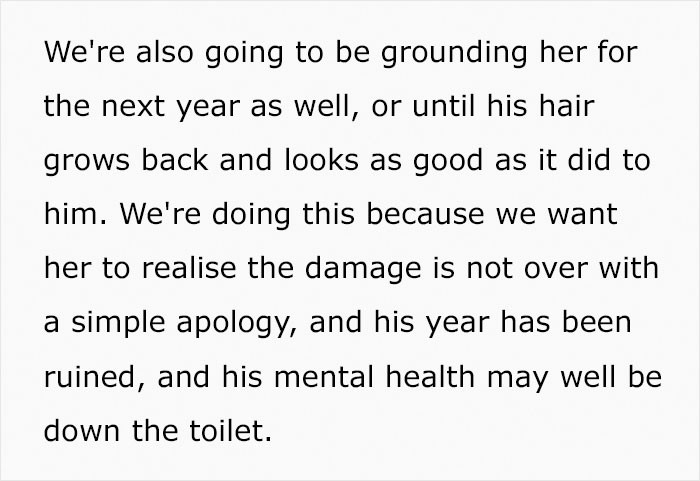 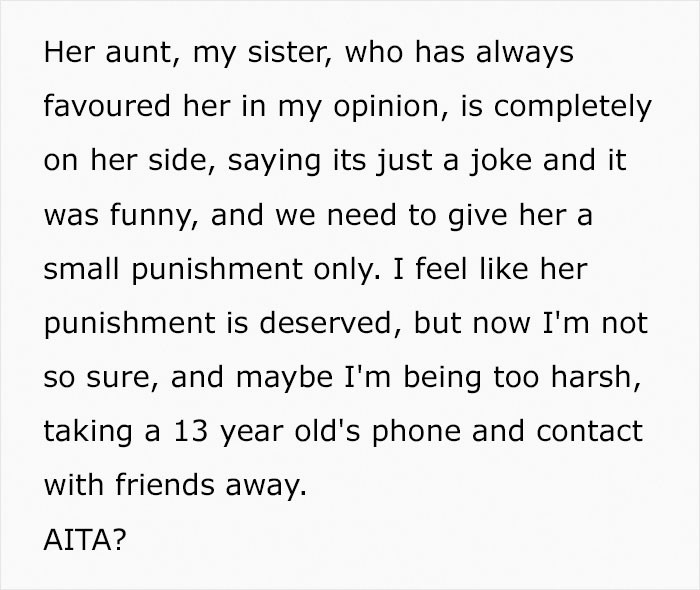 The Redditor was contacted to throw more light on the incident, and she consented to do so. The mother explained that her daughter's personality was "difficult to describe."

She behaves differently from day to day, and can be the kind of person who insults others because 'it's funny.' To her, however, it's all in good fun, and she often talks behind other people's backs. She's not necessarily mean, but she is quite abrasive.

Before the incident, the 13-year-old and her brother had a fairly regular relationship. She explained that:

They're not particularly close, but they talked once or twice a day. Normally, if my daughter needed someone to vent to, she could do it to him, and my son, while he wasn't very open about his own life, he tried his best to be a good older brother. My son himself is a good listener and not very open.

Based on discussions with the Redditor, the teenager TikToker is still dealing with the fallout from the incident. For the time being, she has refused to speak to her parents or her brother because "she feels like he exaggerated his reaction to getting her a more severe punishment."

She initially hid her phones and tried to hide her laptop, but we found them, and her laptop is locked up, her phone is being sold, and we have bought a keypad Nokia. She is now begging us to accept her apology and not go through with the punishment, but we're holding firm. The mom said.

Some people feel the parents did the right thing. 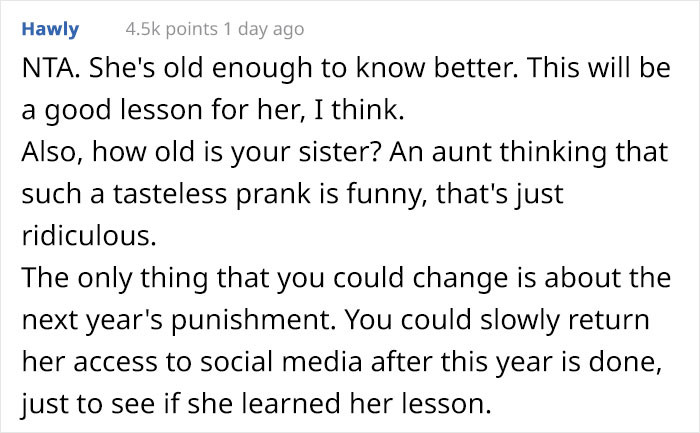 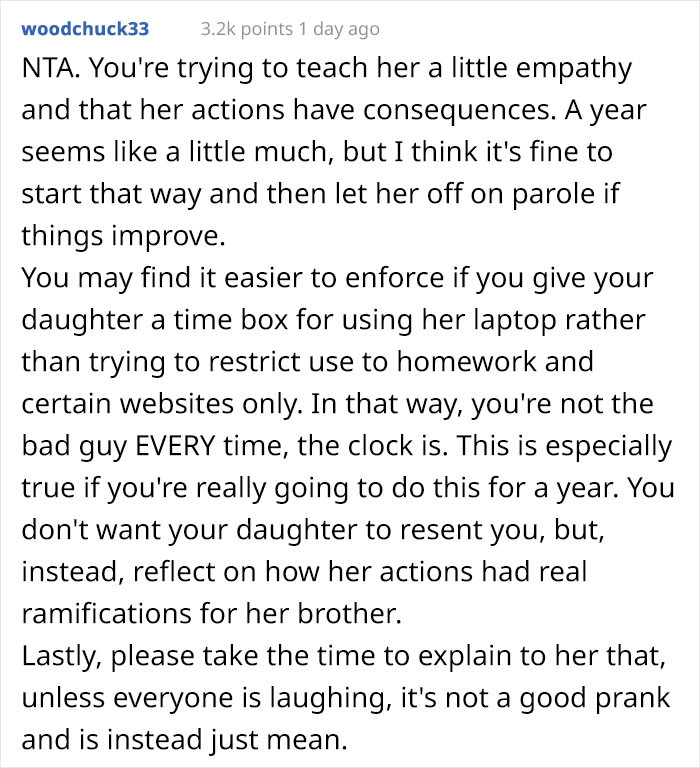 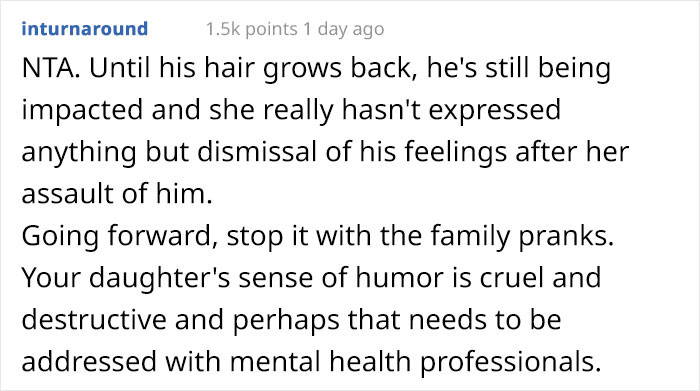 One of the most crucial aspects of disciplining a child is avoiding using violence or harsh language, which could have negative effects later. Parents and guardians are advised by the American Academy of Pediatrics (APP) not to spank or beat their kids.

Spanking accomplishes the opposite of what it is intended to do. It increases children's hostility and fury instead of teaching them how to be responsible and have self-control.

A study found that families that utilized physical punishment on their kids got stuck in a vicious cycle: the more they spanked their children, the more they acted up, which resulted in more spanking.

Spanking has impacts that extend beyond the parent-child connection; it transmits the message that inflicting pain on someone else is ok when you're angry—even with your closest friends and family members.

It is also wrong if a parent uses harsh language or verbal abuse to cause their children emotional distress. The use of harsh verbal punishment by parents might result in long-term problems even if they are warm and loving.

Evidence suggests that severe verbal discipline, which is more common as children become older, might contribute to increased behavior issues and depressive symptoms in teenagers. 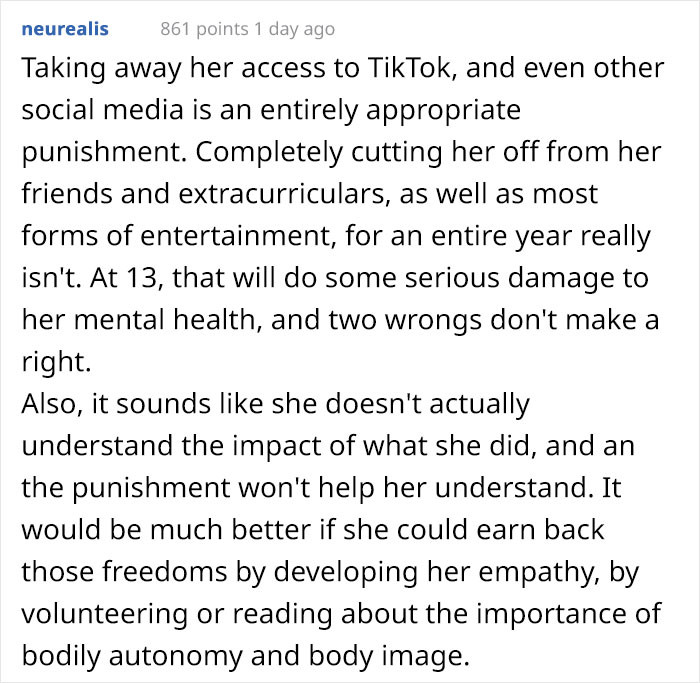 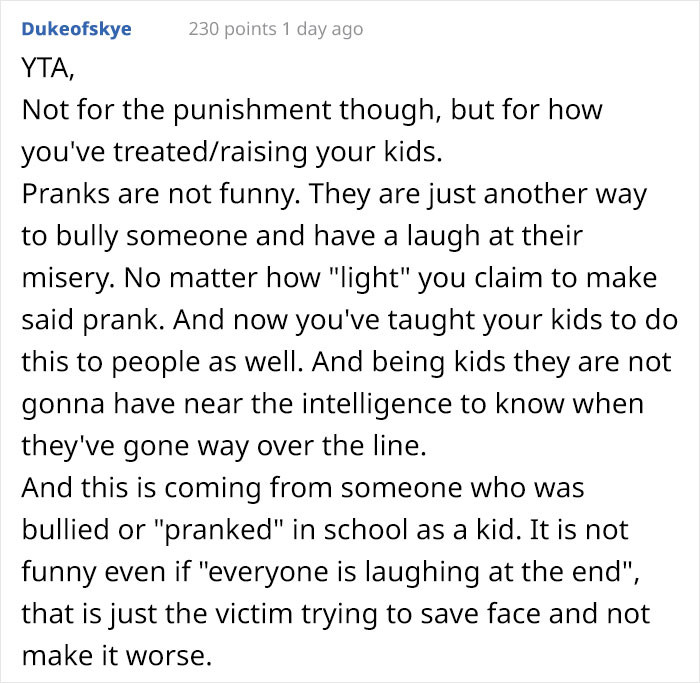 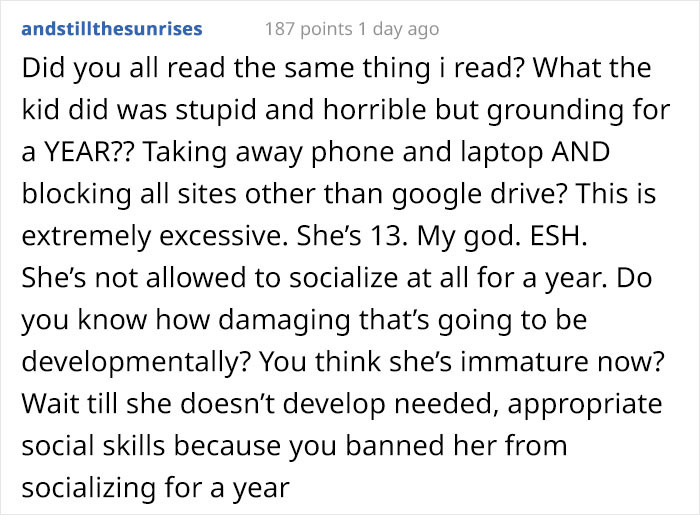 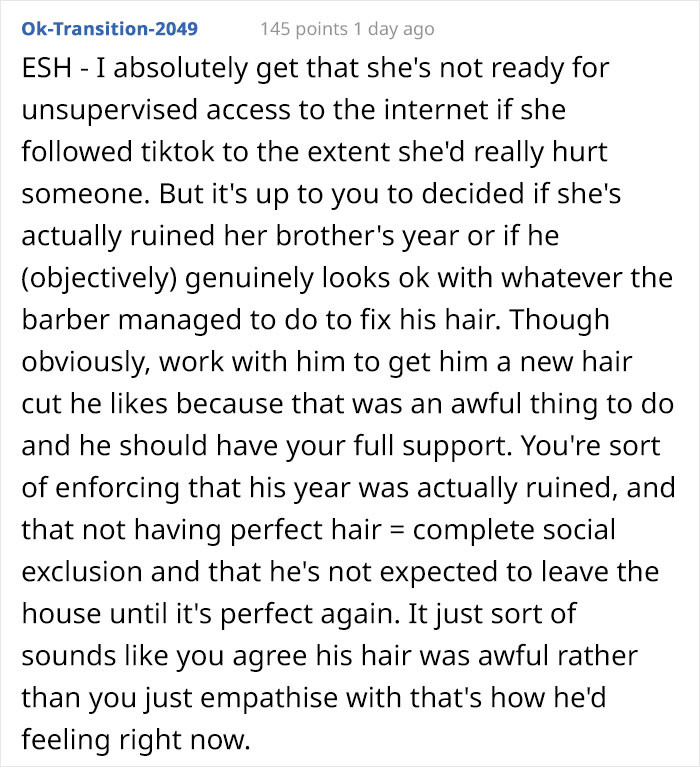 Some people are outraged by the punishment meted out to the young girl. Others feel that social media fame should never be a catalyst for unruly behavior.

It's really hard to say what the right approach would have been for parents in such circumstances because it all depends on which side you take when confronted with two equally valid opinions about how things should be handled.

What do you think? Was it overkill, or did her parents do exactly what they had to? Share your thoughts in the comments section.