We all have our fears, and animals are no different. And while a fear of big dogs, spiders, snakes, and vampires is entirely understandable (yes, vampires are dangerous), fear of orange fruits is not.

But if you ask Victor, it doesn't matter if his fear is justified or not – it's real for him. Victor is an incredibly outgoing cat, and not much intimidates him.

He goes everywhere with his mom and gladly interacts with complete strangers. But even though he is fearless when it comes to interacting with animals and humans, he turns into a terrified little baby when he sees a tangerine.

His mom discovered this fear when he was just a kitten. "We were together on the couch. I grabbed a tangerine and, as I began to peel it, he hissed and ran away," Irene Olocco, Victor's mom, says.

She soon learned that Victor was afraid of all orange fruit and absolutely wouldn't go near them. Since he has always been a little bit stubborn and doesn't believe house rules apply to him, Irene decided to use this fear to her advantage.

“I began to put oranges or tangerines on the furniture where I didn't want him to climb on and it worked,” she said. 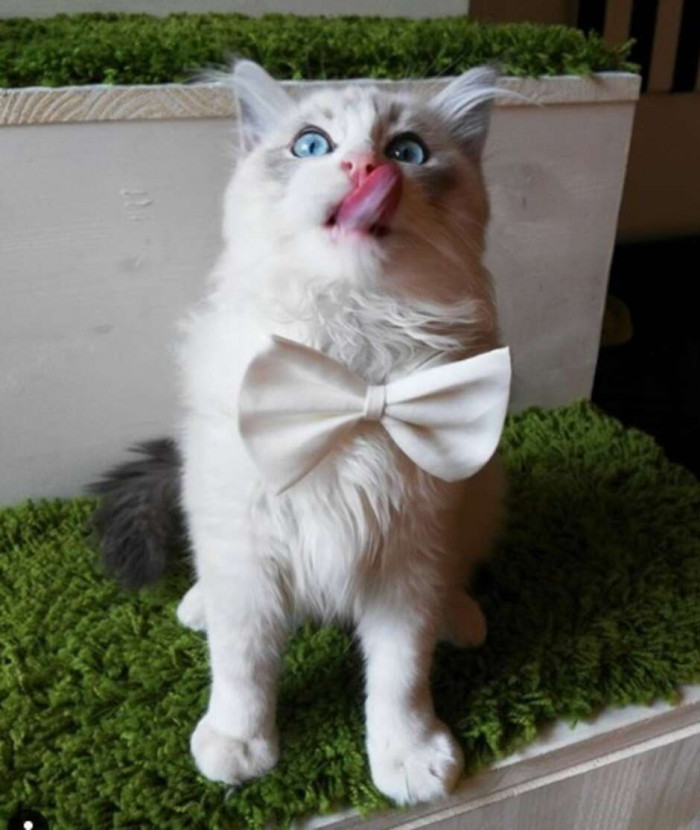 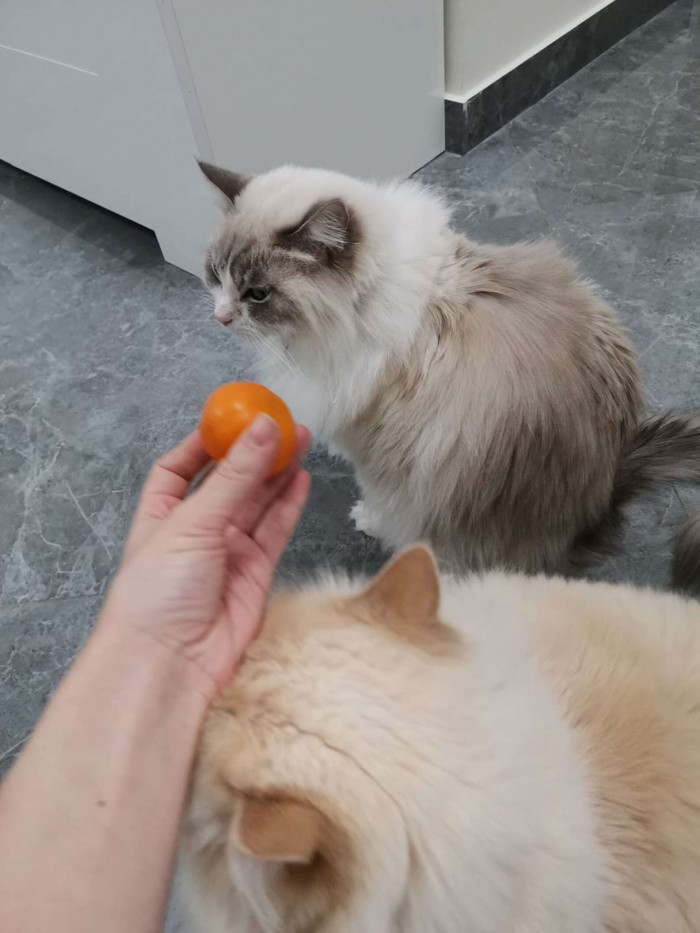 One of Victor’s least favorite rules has to do with the Christmas tree. Something about not destroying it, or similar. And he does his best not to comply.

He usually steals Christmas balls off the tree and destroys decorations. His mom has been trying to figure out a way to make him stop until finally, she came up with the best idea.

“I was sick of yelling at him to not touch the balls,” Irene said. “In the middle of the morning, I decided to eat a tangerine, and the brilliant idea struck … It worked immediately!”

She created a force field of tangerines around the Christmas tree, and it totally worked. As much as he loves torturing that Christmas tree, he hates those little orange fruits even more.

Now, the Christmas tree is safe thanks to the cat’s very odd fear, and it that this “tangerine force field” will become a standard thing around Christmas.

There is a simple explanation for Victor's fear of tangerines. It's more of a hatred thing.

You see, cats are very sensitive to smells, and there are a few scents they hate that might just surprise you. For example, they can’t stand citrus, rosemary, and thyme. Banana and mustard are also on the list, as well as lavender and eucalyptus.

They also aren’t a fan of strong menthol smells. Victor is not afraid of the tangerine visually; he just learned to associate the way it looks with the smell he hates.

That’s why he is avoiding this fruit. 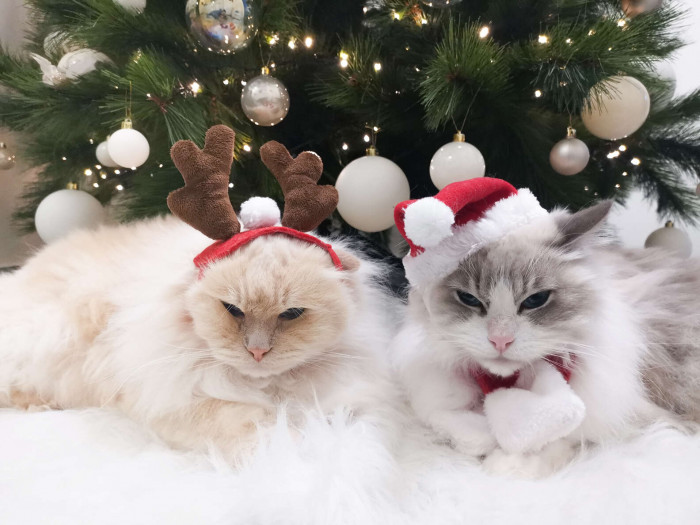 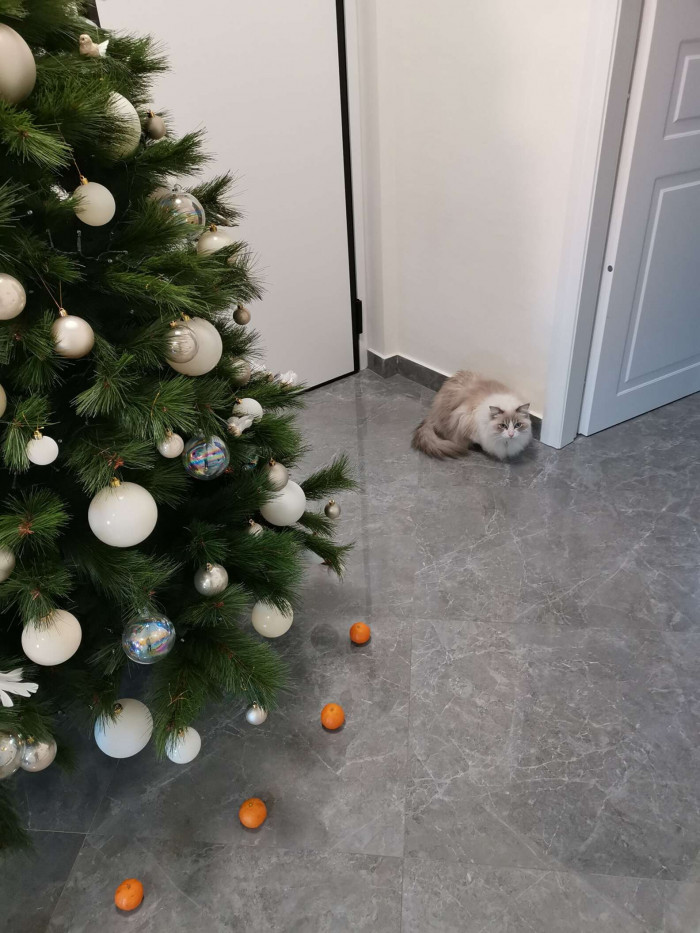 This is a great idea for protecting a Christmas tree. We all know that cats love to destroy them.

All you have to do is find that thing your cat is afraid of and just create a protective ring around the tree. You can hope it would be something that won't mess up the whole Christmas decoration in your home.