When you're a kid, Disney Channel is one of the most magical places on Earth. It's a place where you can watch your favorite childhood TV shows and movies without worrying about anything else.

We enjoyed the channel with our siblings, cousins, and friends when we were younger, and it was nothing short of enchanting. The memories are all there: from watching "The Proud Family" at sleepovers to singing along with the Jonas Brothers on "Camp Rock."

However, as much as we love these classic shows, it's important to remember that not everything is always rainbows and sunshine on the Disney Channel. You can watch your favorite shows and feel like everything's going to be okay—but sometimes scenarios can arise where things become unexpectedly dark without us even realizing it.

There have been a lot of shocking moments on Disney Channel that left viewers speechless and in disbelief. In fact, as kids, some of us might not have even realized how serious some of these moments really were.

So, the next time you're watching your favorite Disney shows with friends and family, be sure to keep an eye out for all those unexpected twists.

From eating disorders to bullying and more, here are 19 of the darkest Disney Channel moments that left viewers stunned.

1. The Cheetah Girls: The girls mocked Dorinda because she always wore the same clothes and never invited her friends over, only for them to discover that she had been raised in a foster home and had no idea where she came from and who her parents were.

2. A.N.T. Farm: This Disney series features an episode where China travels back in time to the 1930s. While at a music club, China is shocked when she is prevented from sitting in the audience because she is black.

3. Girl Meets World: Farkle learns that his biological family members perished during the Holocaust. In addition, his great-grandfather was an adopted child of the Minkus's.

4. The Famous Jett Jackson: Riley learns that her sister has bulimia, a potentially life-threatening eating disorder.

5. Tiger Cruise: In this episode of the Disney Channel Original Movie, Maddie and other family members of military personnel learned about the 9/11 attack while aboard the aircraft carrier, USS Constellation. Thus the naval ship immediately went into full alert. 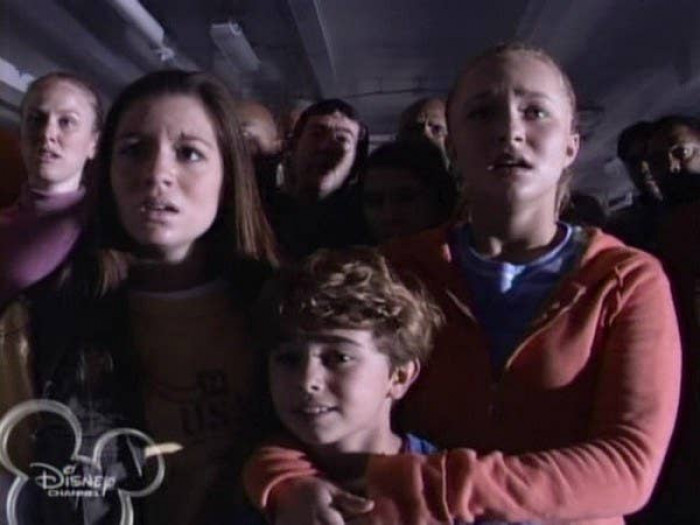 6. Sister, Sister: In this case, Tamera got tricked by a photographer into visiting his house, where he tried persuading her to wear a bikini so that he could take pictures.

7. That's So Raven: A magazine altered Raven's appearance in their publication to make her appear thin.

8. Austin & Ally: Due to her appearance, Trish became the target of cyberbullies.

9. Tru Confessions: Eddie, a neurodivergent kid, became separated from his sister, Tru, at the library. This made him panic while searching for her, accidentally causing a stir.

10. The Proud Family: The home of a Muslim family where Penny was staying was defaced with the message "Go back to your country" while they were away. 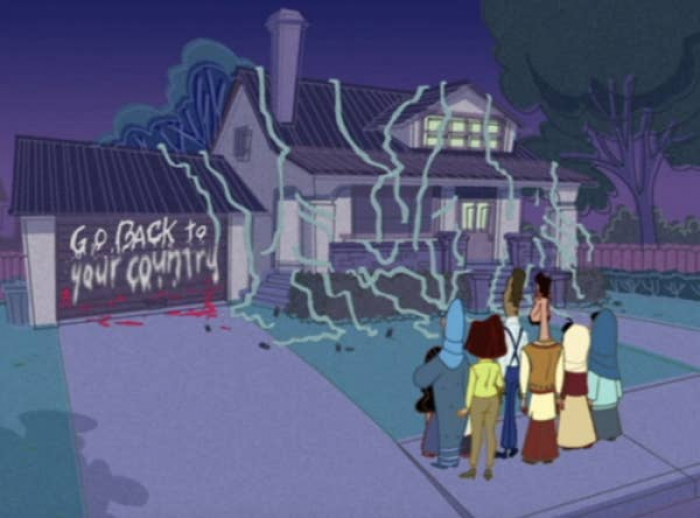 11. Boy Meets World: Shawn joined a cult out of frustration, believing that he was unimportant and that no one cared about him. 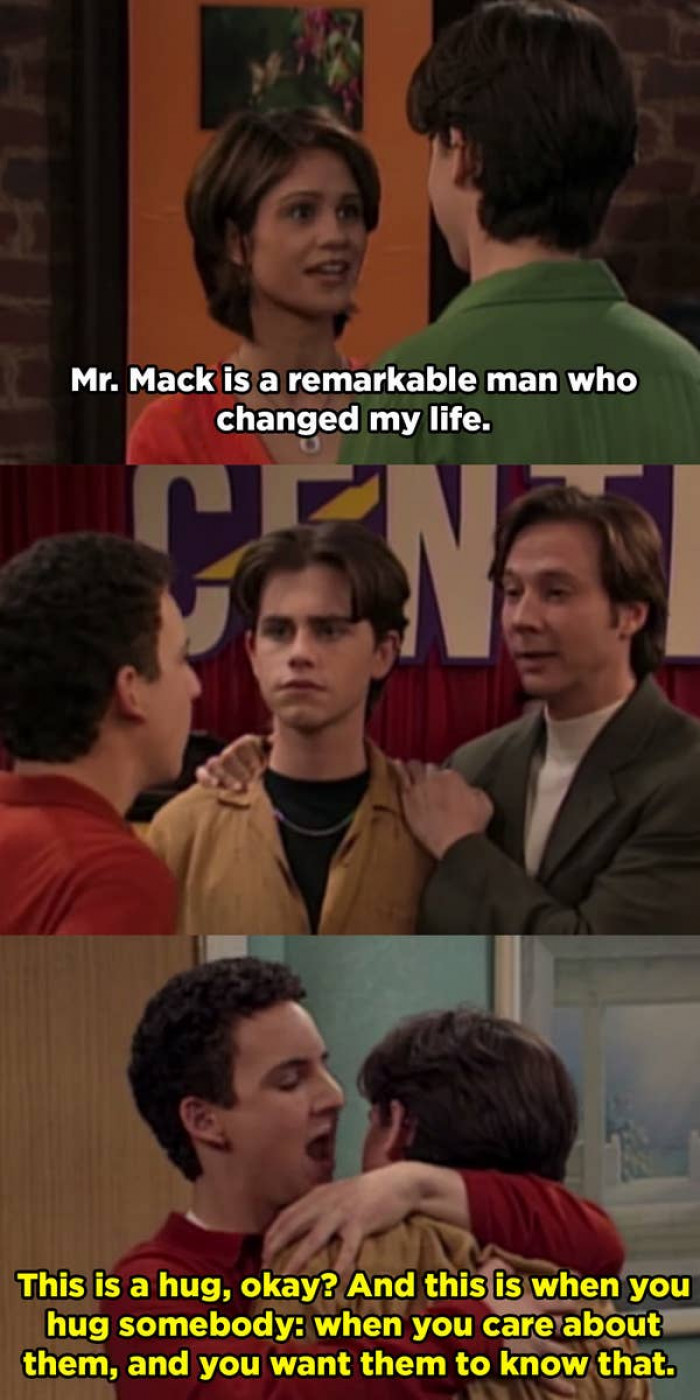 12. So Weird: It turns out that the little girl Fi tried to help in a chatroom has been stuck in a 10-year coma. 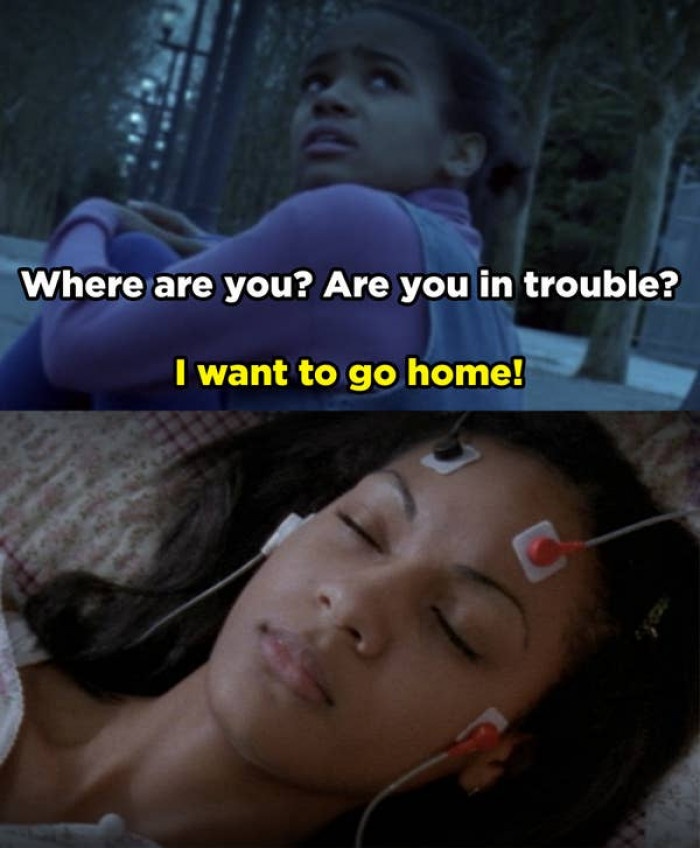 13. Smart Guy: It's no secret that Yvette's store manager was a bigot who harassed and accused Black customers of theft.

14. The Suite Life of Zack and Cody: Maddie began eating excessively after being told she was too skinny, whereas London was told she wasn't thin enough, which made her begin starving herself.

15. Smart Guy: An online stranger tried to convince T.J. and his friend to strip down in his basement after selling them an unlicensed video game. 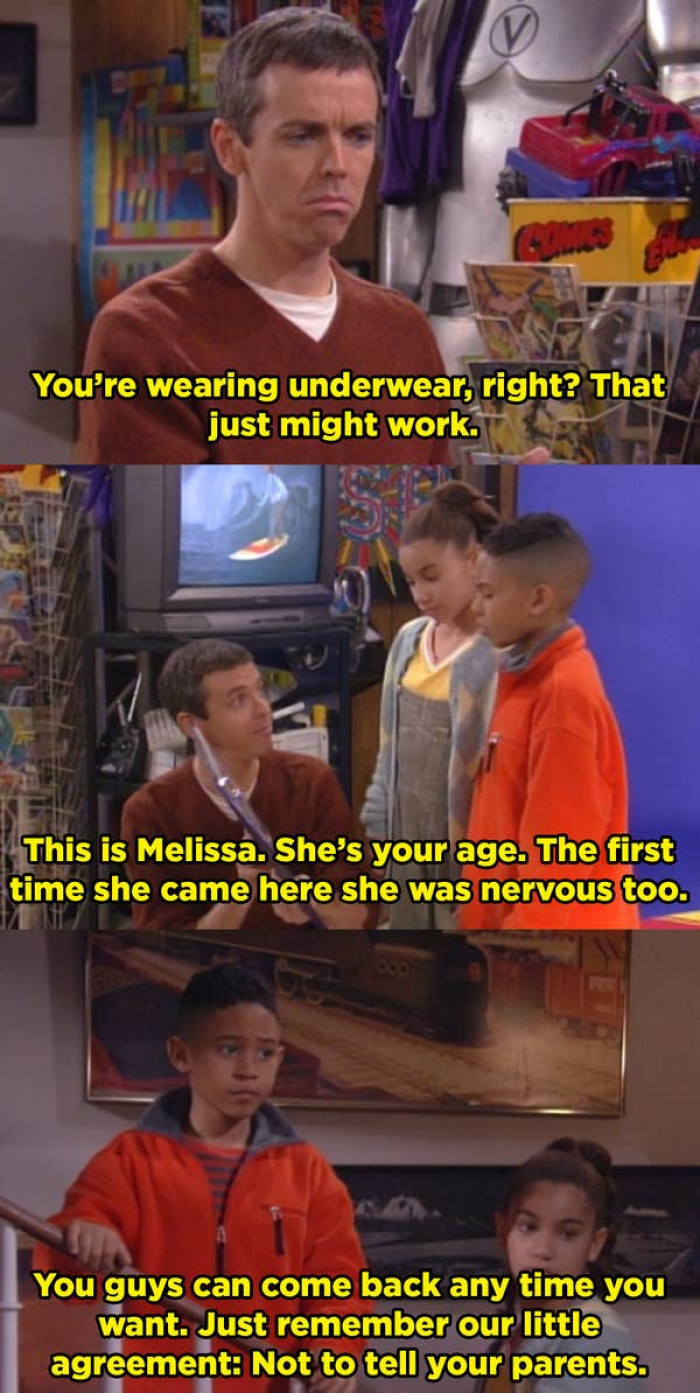 16. Good Luck Charlie: Christmas time is here, but Teddy and Amy have to deal with the fact that their luggage has been stolen. Later on, they discover that the culprit is a starving young girl who had run away from home and is now stranded.

17. That's So Raven: Raven was turned down for a job by a store manager due to her race. 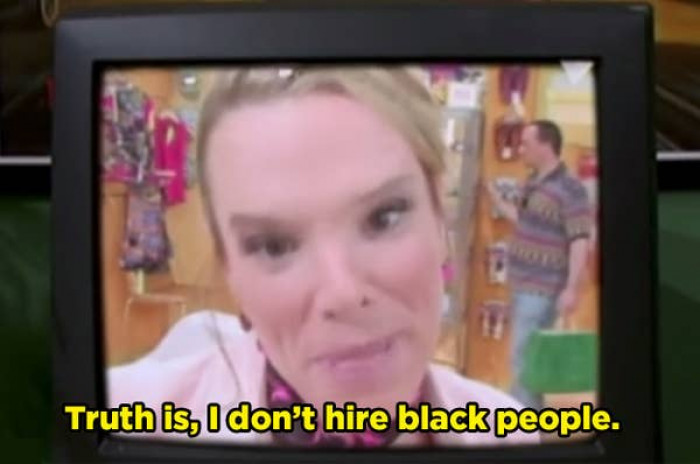 18. Boy Meets World: With no prior knowledge that alcoholism runs in his family, Shawn began drinking heavily and then pushed his girlfriend into a door.

19. The Color of Friendship: Mahree, a native of apartheid-era South Africa, was ignorant as to how her words were fueling racism.

Disney Channel has definitely given us a lot of joy over the years. From beloved characters to memorable movies, we’ve been able to laugh and cry alongside these fictional people who sometimes feel more real than they should be—but the reality is, not all Disney scenes are lighthearted and happy.

Which one of these dark Disney Channel moments do you remember? And which one shocked you the most? Let us know in the comments!