In one of the Reddit posts under the subreddit (AITA) Am I the A**hole, a Redditor shared his woes of being offended by his younger who deemed himself a dog dad.

The OP described his life as a self-proclaimed tired dad of two with the effort he put in raising his kids and the bills that burned his pocket to provide for them. With all of the busyness of being a dad, there's a problem that seemed too important to set aside.

He's offended about the fact that his 23-year-old brother calls himself a dog dad. OP trudged on the fact that even his brother's friend entertains this thought as well.

The OP went on to describe the origin of the English Bulldog his brother owned which he disagreed with. This fact garnered split opinions in the comments as well and swayed Redditors from the actual question of the OP.

The OP wanted to know if he really was the a**hole for being against normalizing people titling themselves as dog parents, thinking that his parenting experience is the basis for what it means to be an actual parent.

Redditors garnered votes and he was eventually passed as the a**hole in this dilemma but filled the comment section with topics as shelter vs. breeders and genetic problems.

This is the original question by the OP

Redditors had different interpretations about what he was really against

Comments after comments split as they continued to discuss the laws for illegal breeding, translating what the OP said as him disagreeing with getting a dog from a breeder.

Others thought that the OP was stating his dislike for dog breeding in general.

Bitterness started showing a little bit here from the OP

The gist of the story basically tells the side of the OP and him taking offense when his 23-year-old brother wants to call himself a dog dad as well as celebrate father-related holidays.

Although the OP stated that he's okay with his brother not prioritizing having children, treating dogs as such is a bit extreme for him. He goes on to state the multiple sacrifices he does to raise his children and believes it isn't the same as what dog 'parents' go through.

OP continued to question his brother using reasons such as calling yourself a dog parent would also be offensive to people who have trouble having children or parents affected by poverty.

This Redditor explained for those who didn't understand 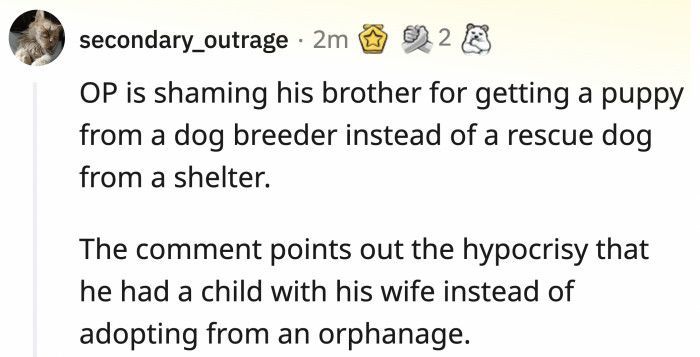 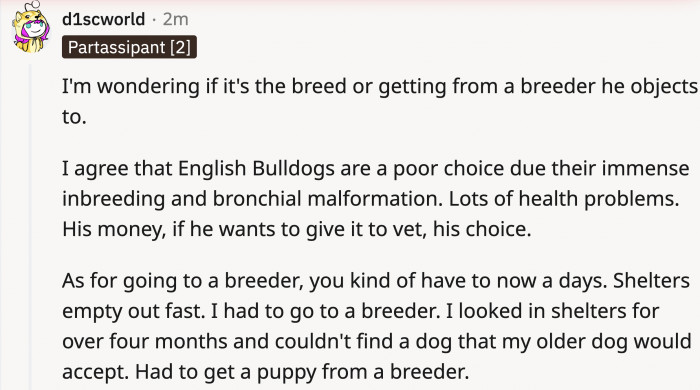 The difference of ethical and unethical breeding weighs in

Backyard breeders were emphasized to fall under unethical breeding

Other Redditors pointed out the clear bitterness of the OP

Dear OP, life is too short to not just love your dog godchildren

Grandparents spoiling their grandpuppies is always so pure 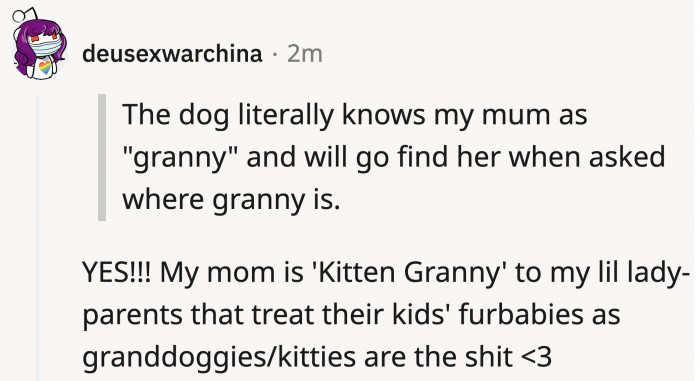 See, you can be both a parent to human children and fur babies

Shout out to all grandpawpys who spoil their grandpuppies

It's okay having your own opinion on what should be normalized, it's normal. In this case though, OP didn't accept what his brother thinks because based on his experience it is not enough to have the title of being a dad, albeit to a dog.

We would never know the extent brother really feels about his partner and his' dog. Maybe being a dog parent is a title they want to wear because of how proud they provided for their fur baby.

Are you a proud dog parent too? Do you think Redditors were right in voting the OP as the asshole this time? Leave a comment and let us know what you think.