Archaeologists and historians have been scouring the world with a fine tooth comb for so long now that it's extraordinary when they discover something truly new or unique. In the last few years, though, scientists really have made some stunning discoveries and what's been discovered deep within Amazonia definitely ranks among the most incredible.

A British-Colombian team of archaeologists led by José Iriarte recently took the news by storm when they announced their stunning discovery, an 8-miles long prehistoric painting. More specifically, tens of thousands of paintings that were created as many as 12,5000 years-ago.

They were discovered in the remote Amazon rain forest, Serranía La Lindosa, all painted along a nearly 8-miles long cliff of rock and in utterly stunning condition.

In a news statement, one member of the research team, Dr. Mark Robinson of the University of Exeter said:

“These really are incredible images, produced by the earliest people to live in western Amazonia. It is unbelievable to us today to think they lived among, and hunted, giant herbivores, some which were the size of a small car.” 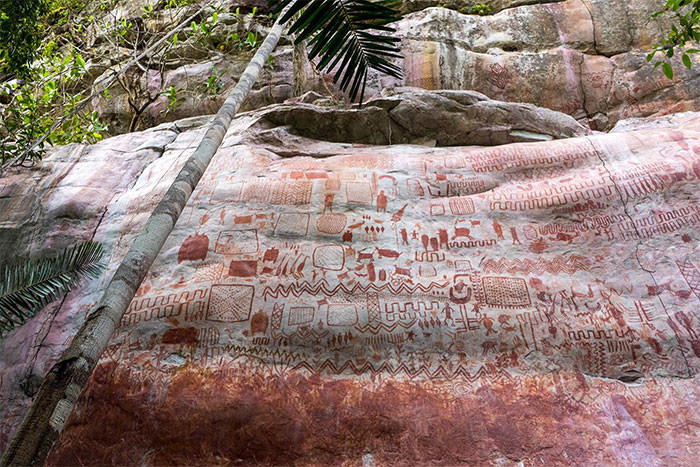 As well as porcupines and serpents and most surprisingly from the Ice Age: megafauna. Even more astonishing were paintings of indigenous animals that have gone extinct like mastodons, camelids, ungulates with trunks, and giant sloths! 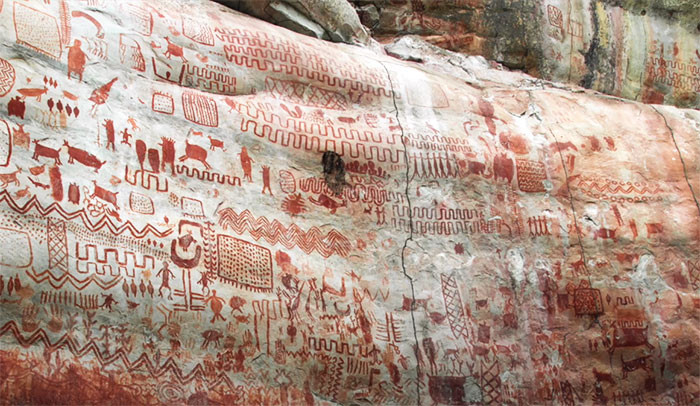 Some people are calling the discovery “the Sistine Chapel of the ancients." 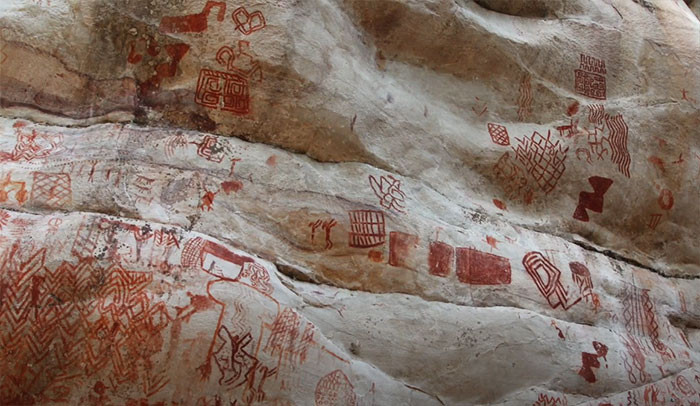 The discovery, which was actually made last year, has been kept as a tight-knit secret this entire time, until recently. 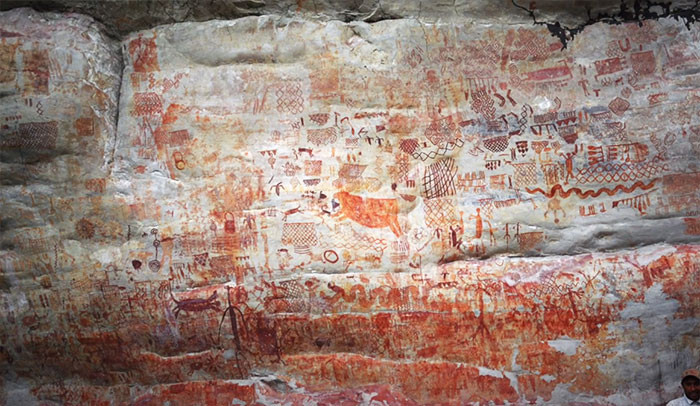 At some point, the adventure was being filmed on behalf of the Channel 4 series "Jungle Mystery: Lost Kingdoms of the Amazon."

“Jungle Mystery: Lost Kingdoms of the Amazon” is expected to be screened in December. Regarding what people are calling the stunning site, Ella Al-Shamahi who is acting as the presenter for the documentary, said:

“The new site is so new, they haven’t even given it a name yet.” 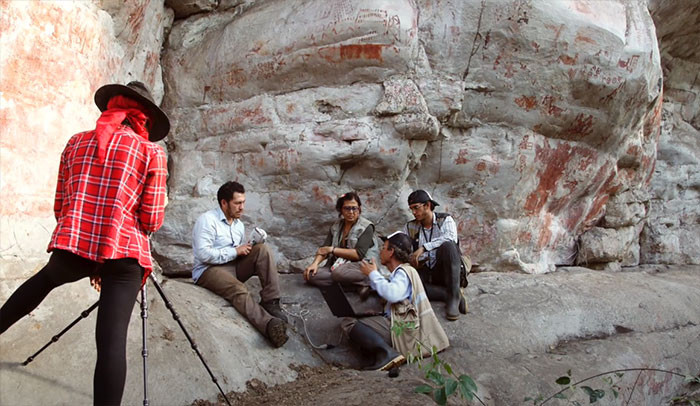 José Iriarte, professor of archaeology at Exeter University, who led the expedition is also an expert on Amazon and pre-Colombian history. 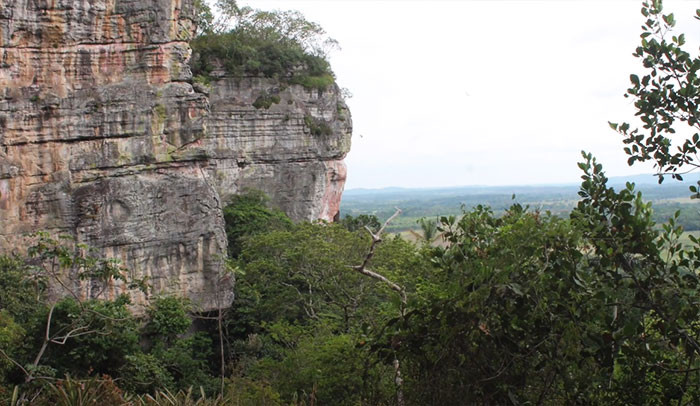 “When you’re there, your emotions flow … We’re talking about several tens of thousands of paintings. It’s going to take generations to record them … Every turn you do, it’s a new wall of paintings.” 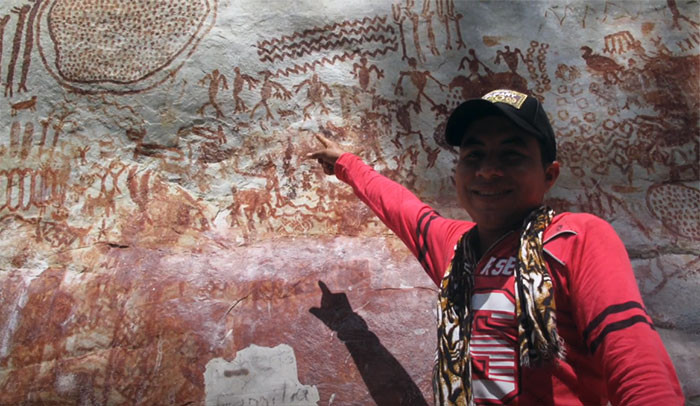 The paintings and imagery's details and preservation is astounding. Iriarte said:

“The pictures are so natural and so well-made that we have few doubts that you’re looking at a horse, for example. The ice-age horse had a wild, heavy face. It’s so detailed, we can even see the horse hair. It’s fascinating.” 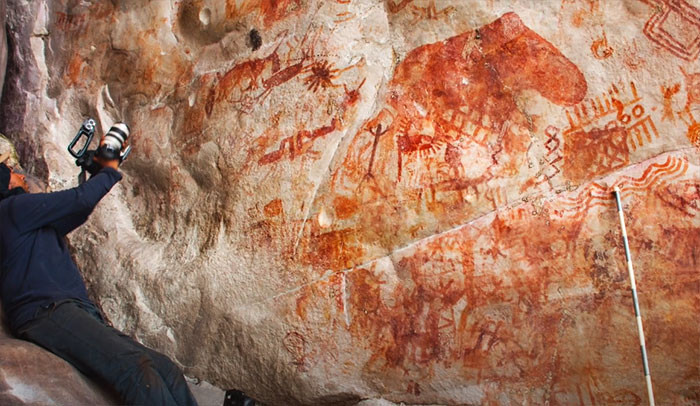 “It is likely art was a powerful part of culture and a way for people to connect socially. The pictures show how people would have lived amongst giant, now extinct, animals, which they hunted." 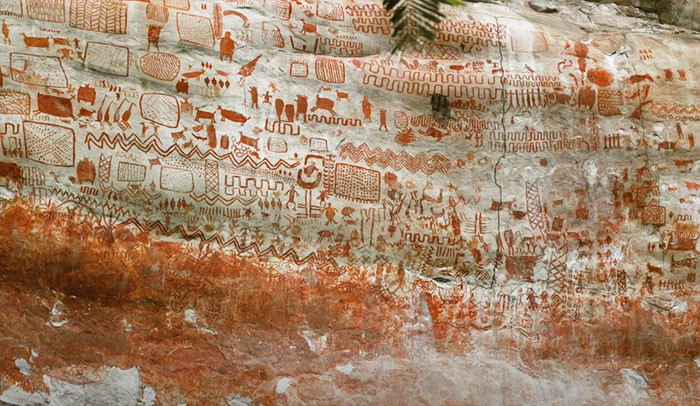 The statement also mentioned that this discovery "is one of the largest collections of rock art found in South America."

Understanding the appearances of ancient, extinct animals from over 10,000 years ago has been no small task because usually the only clues we have today "are skeletal remains." 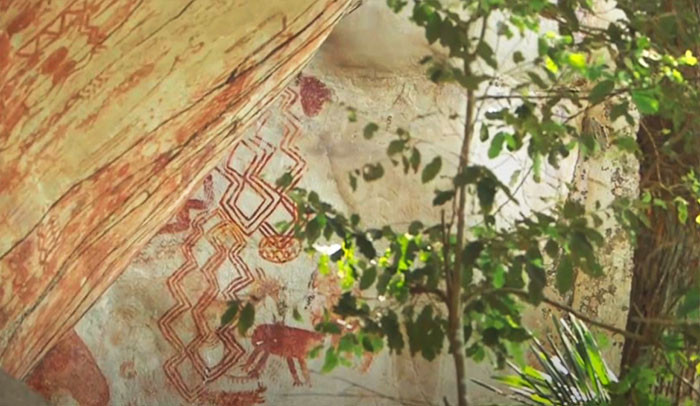 They really are not something to scoff at. According to the press release:

"The vibrant red pictures were produced over a period of hundreds, or possibly thousands, of years. Some are so high, and inaccessible, special ladders crafted from forest resources would have been needed and they would have been obscured from view for anyone visiting the rock shelter." 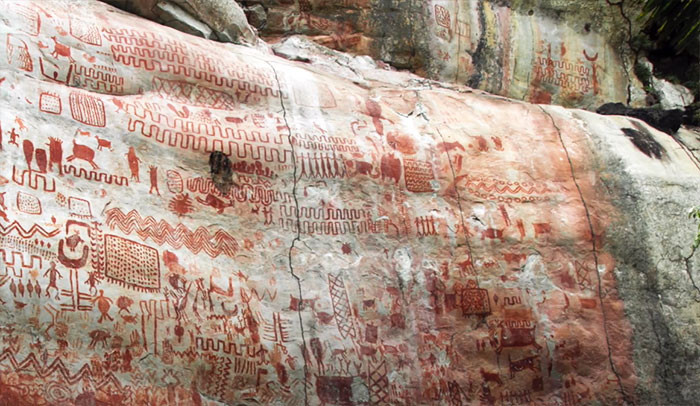 "Bones and plant remains found during the excavations show they ate palm and tree fruits, piranha, alligators, snakes, frogs, rodents such as paca and capybara, and armadillos." 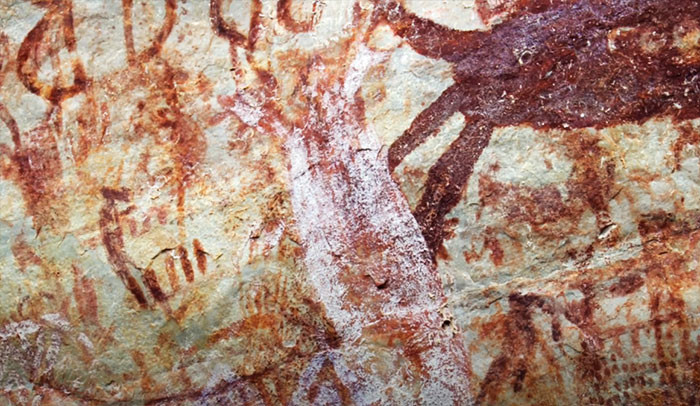 The host of Channel 4's new series, Ella Al-Shamahi is the perfect fit for telling the story of this discovery.

Al-Shamahi is "an explorer, paleoanthropologist, evolutionary biologist and stand-up comic" and she "specializes in the study of Neanderthals." 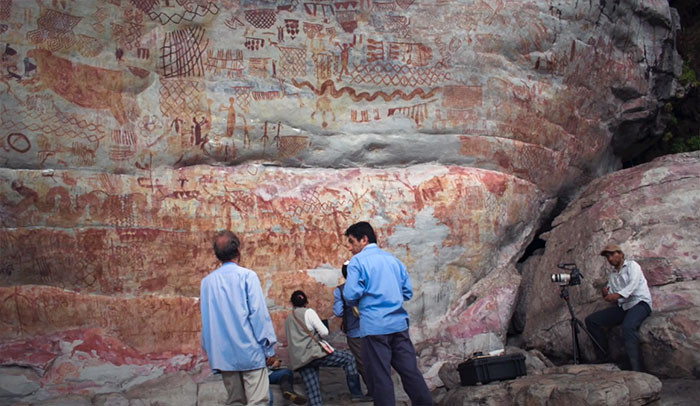 As each year passes, discoveries like this continue to remind us that there really is no shortage of opportunities to continue to learn. 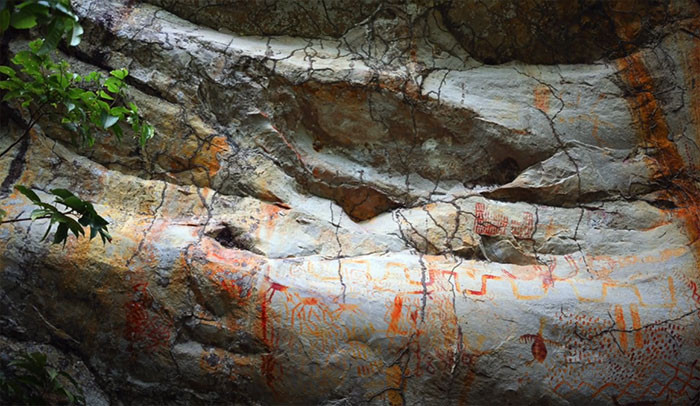 Not only learn, but discover, and grow. 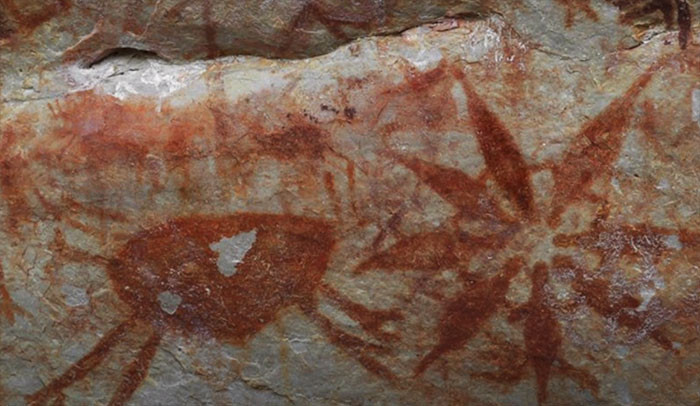