Japanese hobby artist Haruki Godo, is a fan of Disney, "especially after the Disney Renaissance." They have said that everything they've drawn regarding Disney fan art has been done for fun and out of respect for the original designs.

They take no commissions for their spectacular work and just enjoy sharing their creativity with fellow Disney fans. When they created this illustrative series featuring Disney girls wearing the clothing of other characters, they were surprised by the enthusiastic response to their work, saying:

"I have never expected I receive so many responses, even though I just draw my favorite things."

The series is beautifully and creatively done, with absolute respect to the original costume designs which have simply been molded perfectly to the female characters. You will easily see the classic Disney energy you love as a Disney fan in each and every piece.

Unfortunately, if you were hoping to see a parallel series featuring Disney dudes wearing princess outfits, that won't be happening. They said:

"I have absolutely no plans to do boys version, by the way. I'm sorry if you expected it."

Either way, we couldn't be mad if we tried! There's plenty of beautiful art to go around from this talented artist.

In the movie Wreck It Ralph, Sergeant Calhoun almost had color-changing camouflage. She looks pretty nifty in Felix's wardrobe. 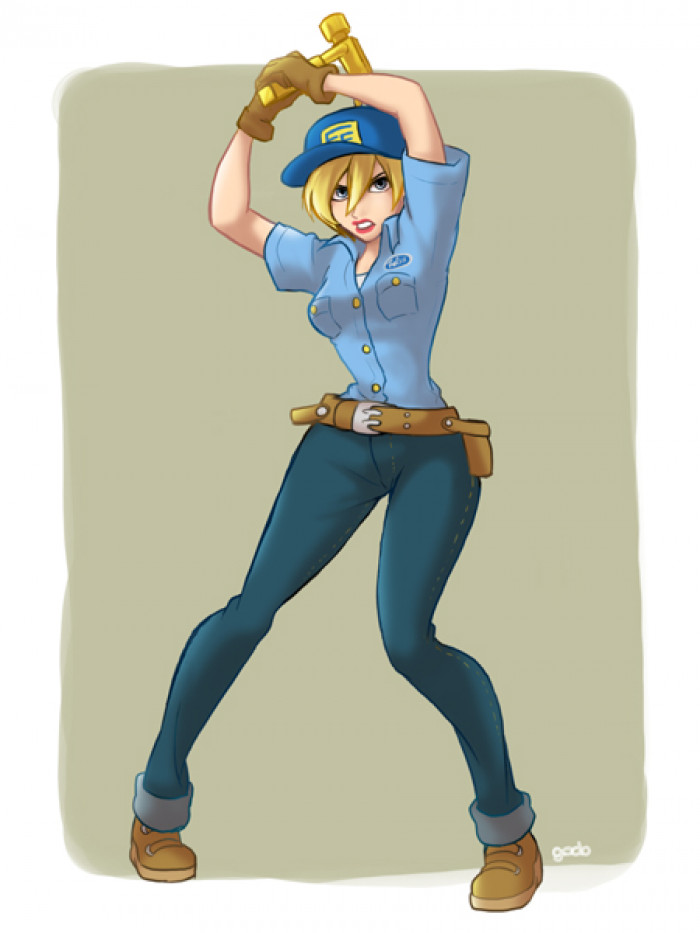 The Hunchback of Notre Dame is based on Victor Hugo’s famous novel of the same name. 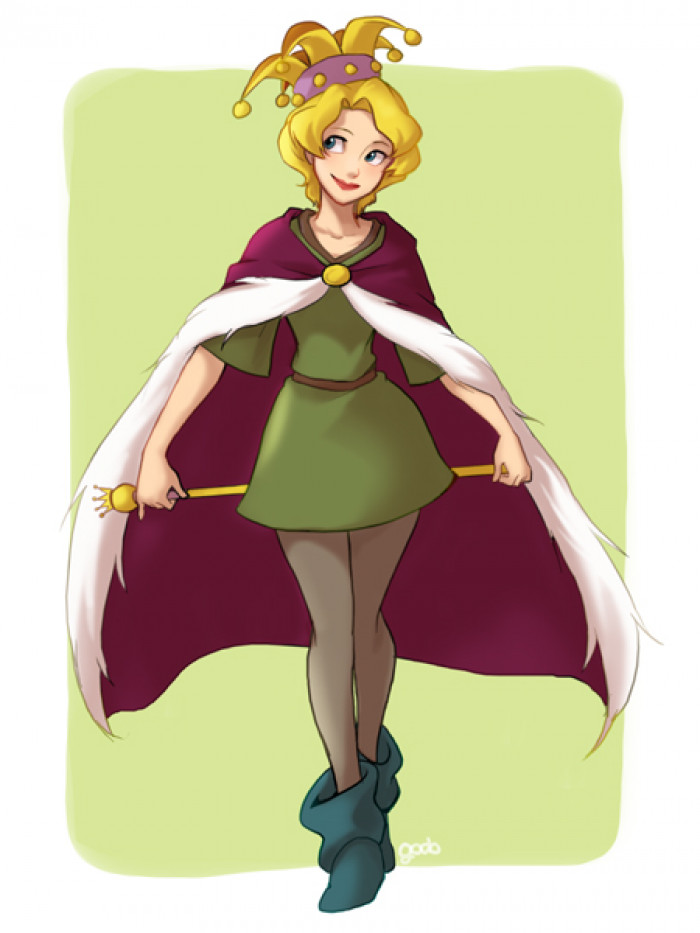 Animator Glen Keane claims that “Beast actually has a rainbow bum, but nobody knows that but Belle.” 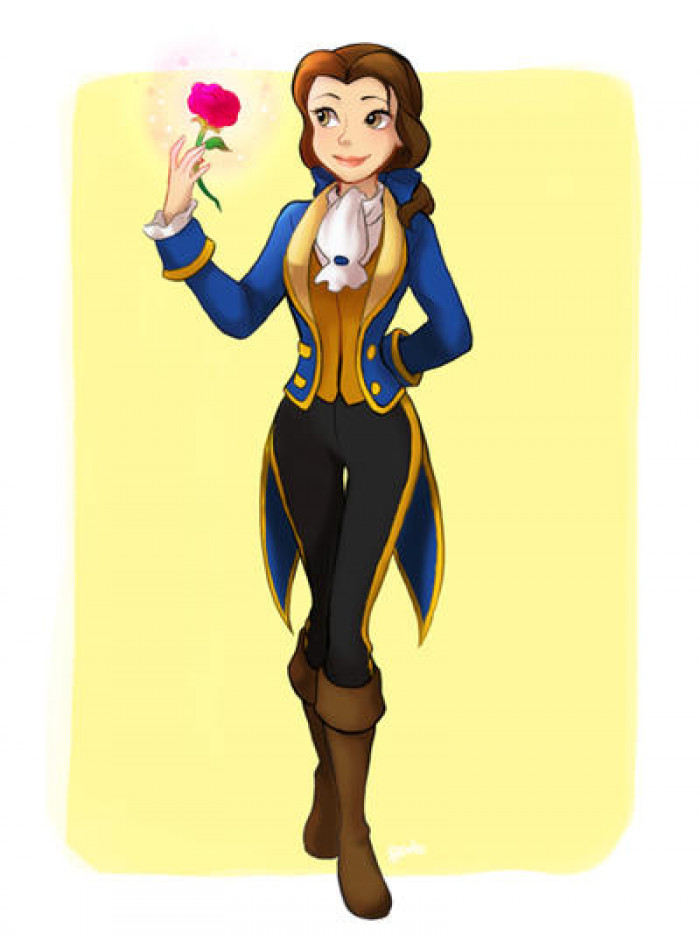 At the time of it's release, Atlantis: The Lost Empire featured the most CGI in a Disney film. 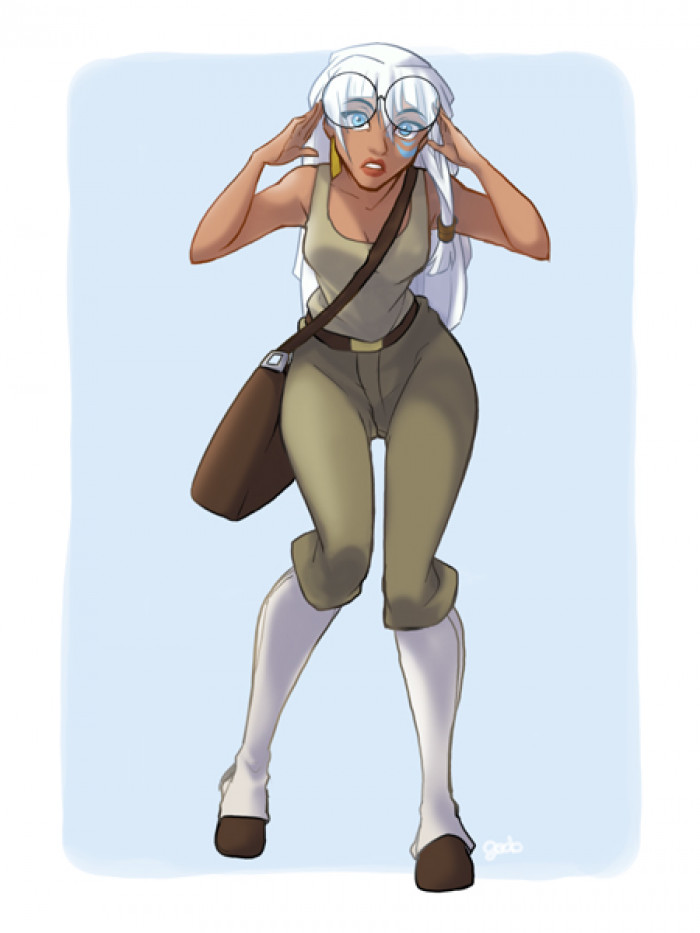 Snow White and the Seven Dwarfs took around three whole years to complete and it went way over it's $250k budget, costing an unprecedented $1.5 million. With inflation taken into consideration, that equates to $24,843,323.35 today.

Walt Disney mortgaged his home to finance the film. Thankfully, it paid off because it earned Disney $418 million in box office revenue (again, for inflation that's like $6.9 billion...) 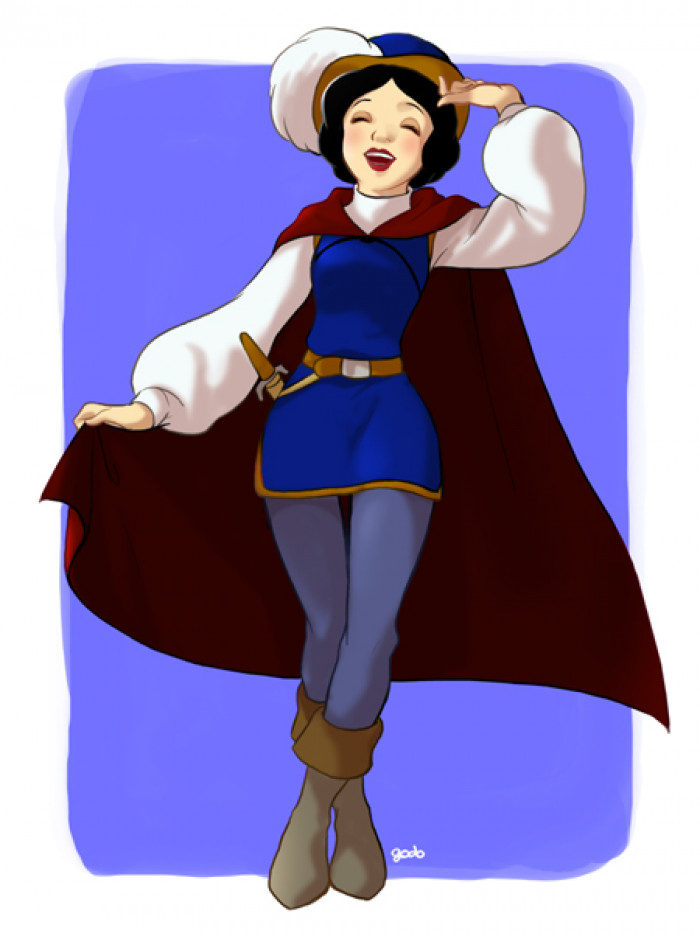 According to D23.com, Tarzan is voiced by actor Tony Goldwyn who is "by coincidence the grandson of Walt Disney’s friend and fellow independent producer, legendary filmmaker Samuel Goldwyn." 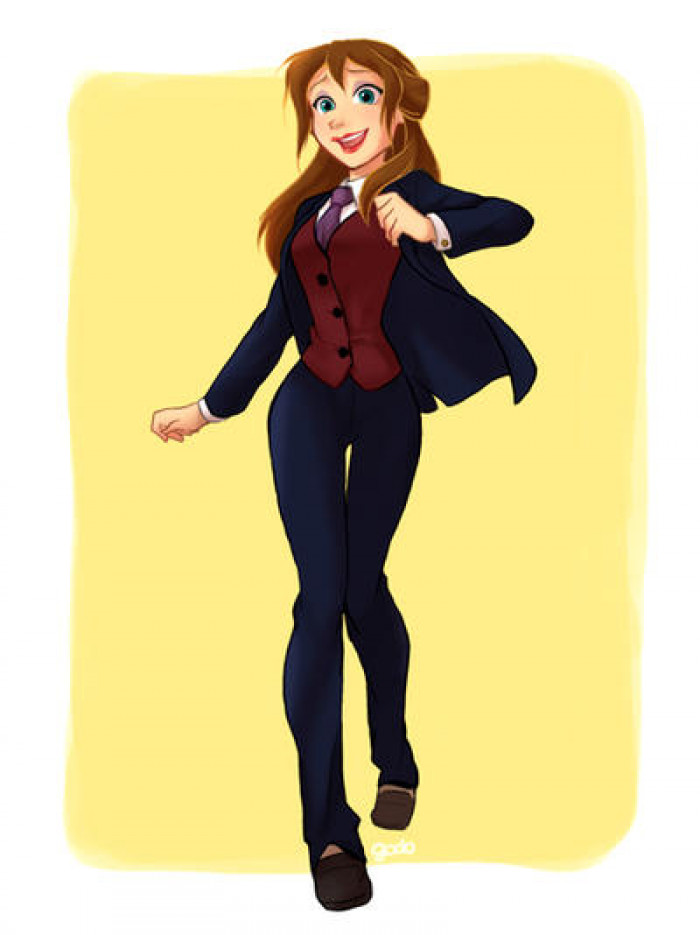 The fairy tale of Cinderella can be dated back to the first century. According to Fandango:

"An ancient Greek geographer is said to have spun a tale about a slave girl from Ancient Egypt whose sandal was snatched by an eagle. When the sandal is recovered by a king who admires its beautiful shape, he seeks out the shoe’s owner and eventually makes the woman his wife." 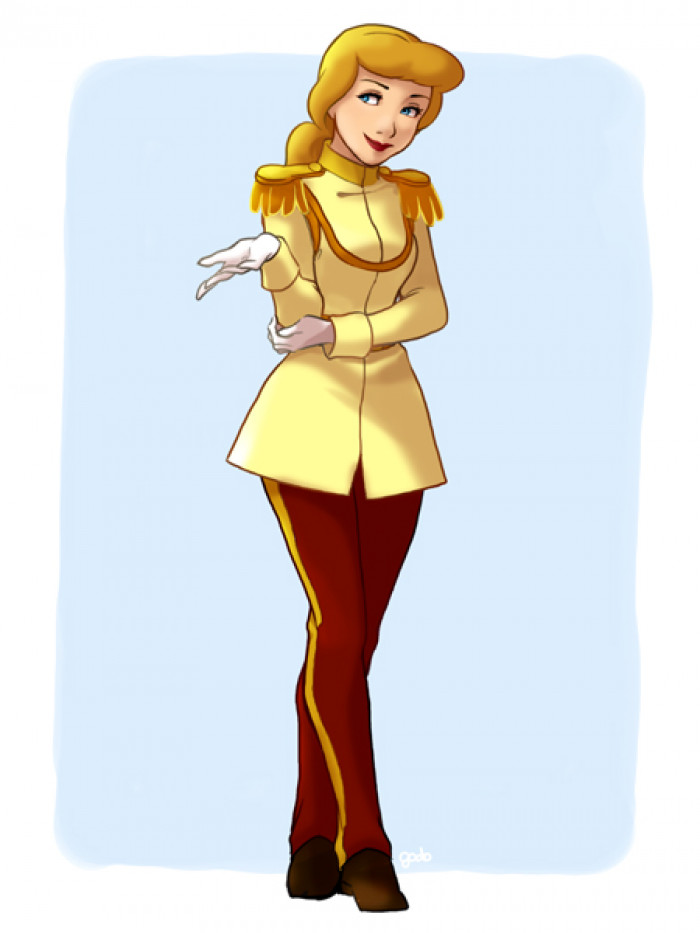 Did you know that the absolutely iconic song "Part Of Your World" was nearly removed from The Little Mermaid? In the original round of screenings for the film, it didn't test well. 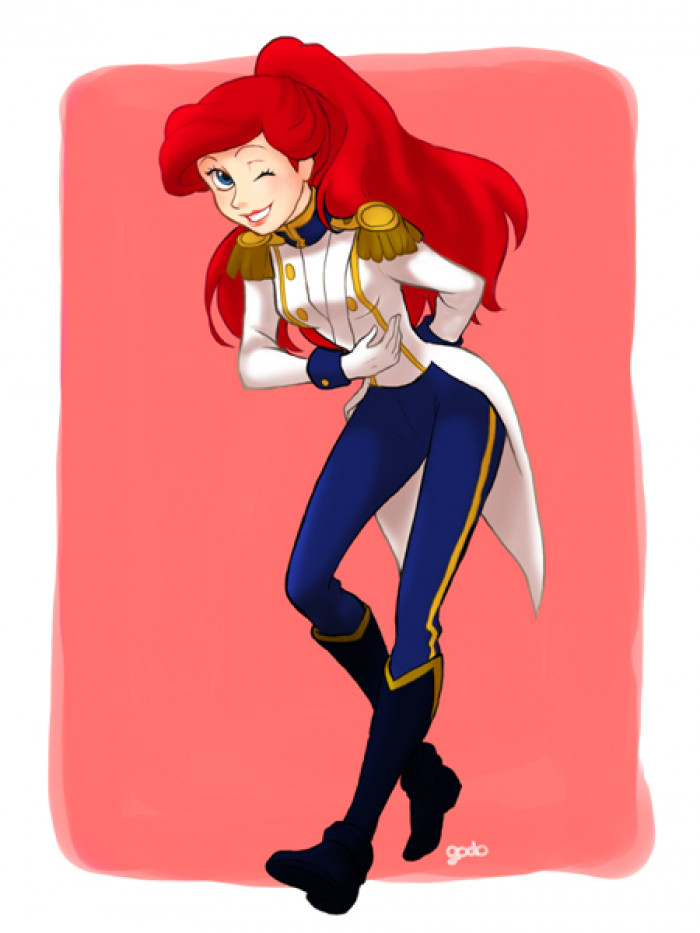 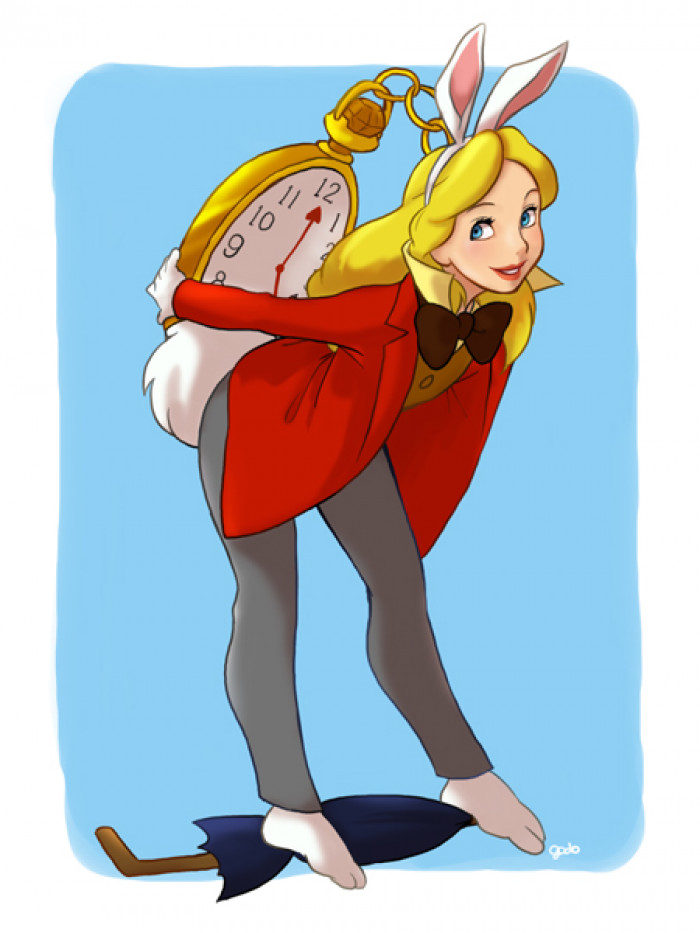 Outside of this seriously awesome series, "godohelp" has created quite the gallery of enchanting Disney fan art. We wanted to pause the series just briefly to share some bonus examples of their incredible artistic abilities.

Examples from Beauty and the Beast, Frozen, Tarzan, and Tangled showcase the skills involved in this artist's repertoire. Their ability to bring the energy from the original characters brings the magic from the depths of our hearts back to the front and center of our memory. 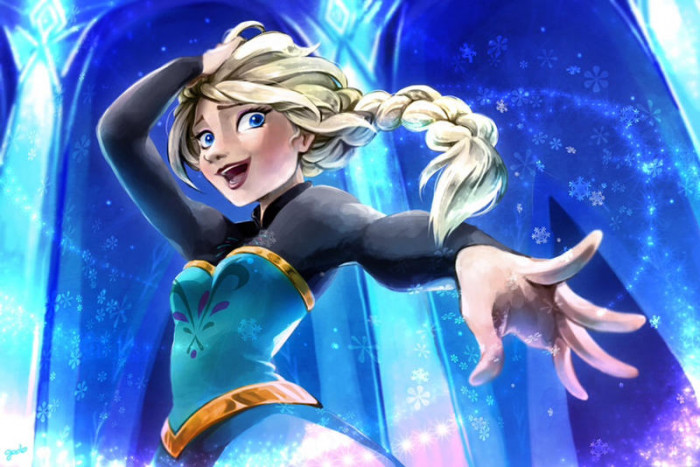 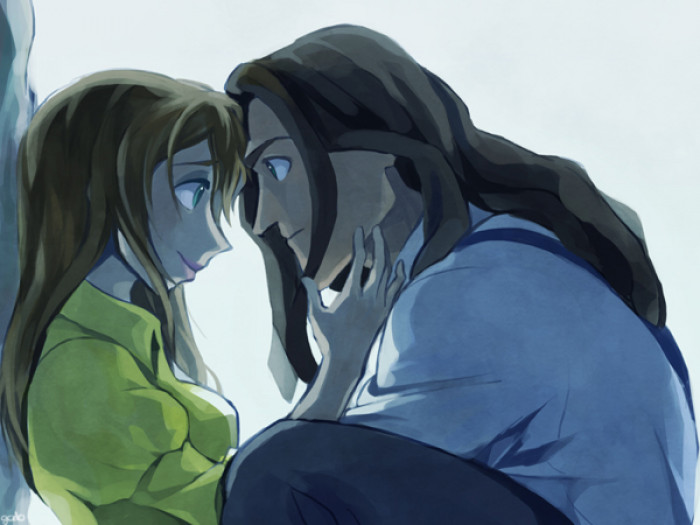 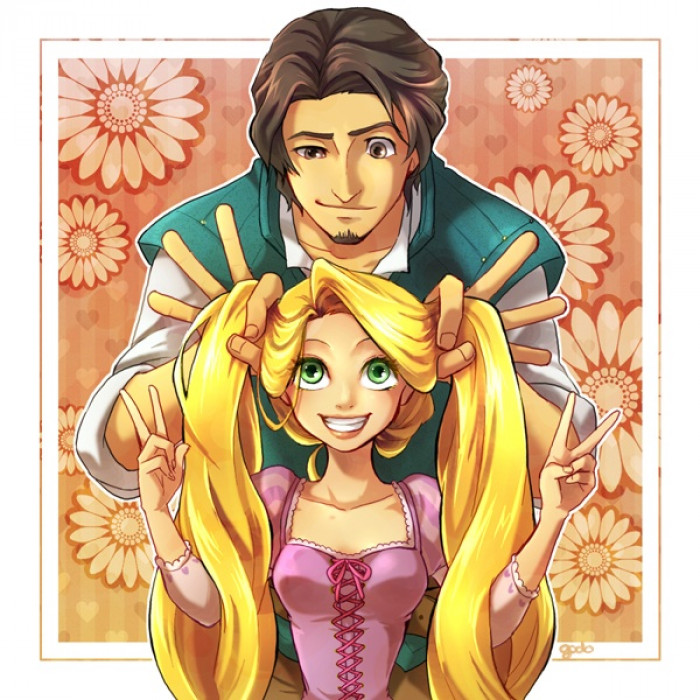 "With All My Love" 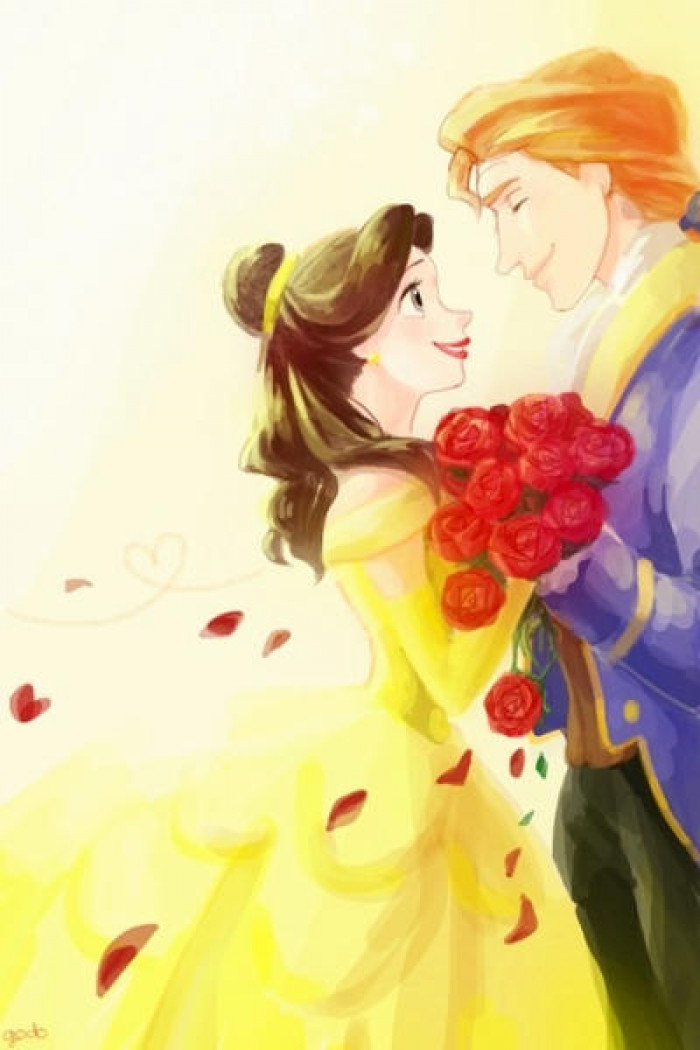 "For the First Time in Forever" 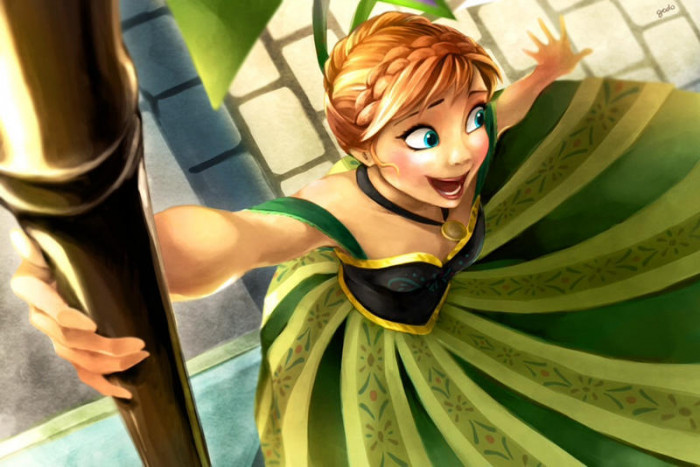 In the original draft of Disney's Aladdin, his mother was featured! According to Screenrant:

"One of the biggest messages in the original script was doing good by mom and striving to make the right choices. Though an amiable concept, it was going nowhere." 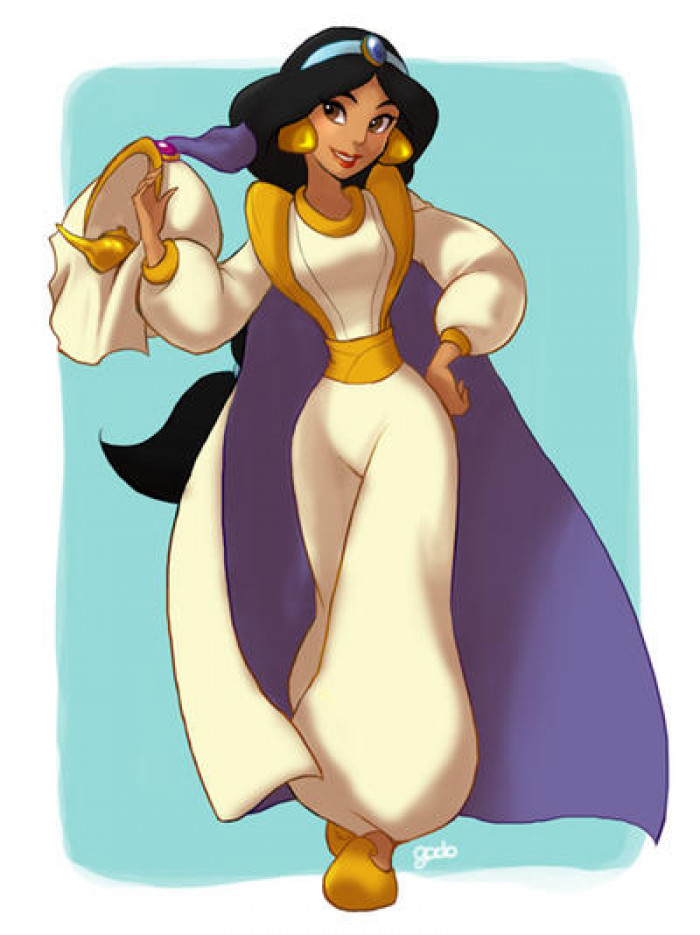 Did you know that Tangled was Disney's first full-length fully computer animated fairy tale film? If you didn't before, you do now. 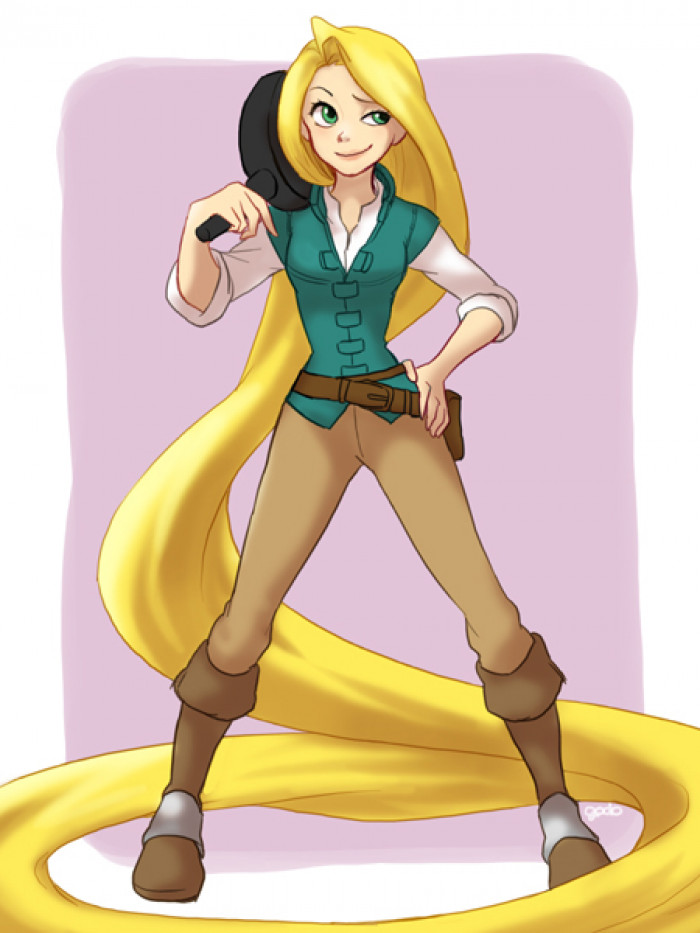 In the 80's, original ideas for Mulan's story were nothing reminiscent of Hua Mulan's story that was eventually adapted by Disney. According to Radio Times:

"In the first ideas for Mulan back in the 80s when it was a straight-to-video animated short called China Doll it was a different thing entirely. It was about an oppressed woman in China who fell in love with a British soldier who sweeps her off her feet and out of China. No animator wanted to be attached to it though, and consultant Robert San Souci put forward the new idea of looking at Hua Mulan. Phew. It still took awhile to get Mulan to the character we know." 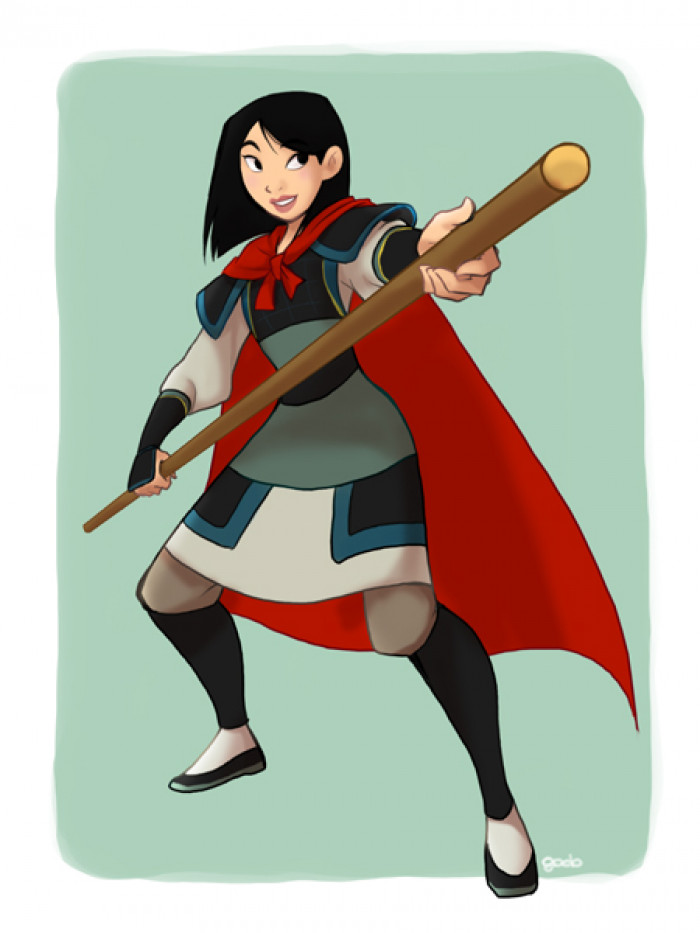 It took 3.5 years to make The Princess and the Frog. 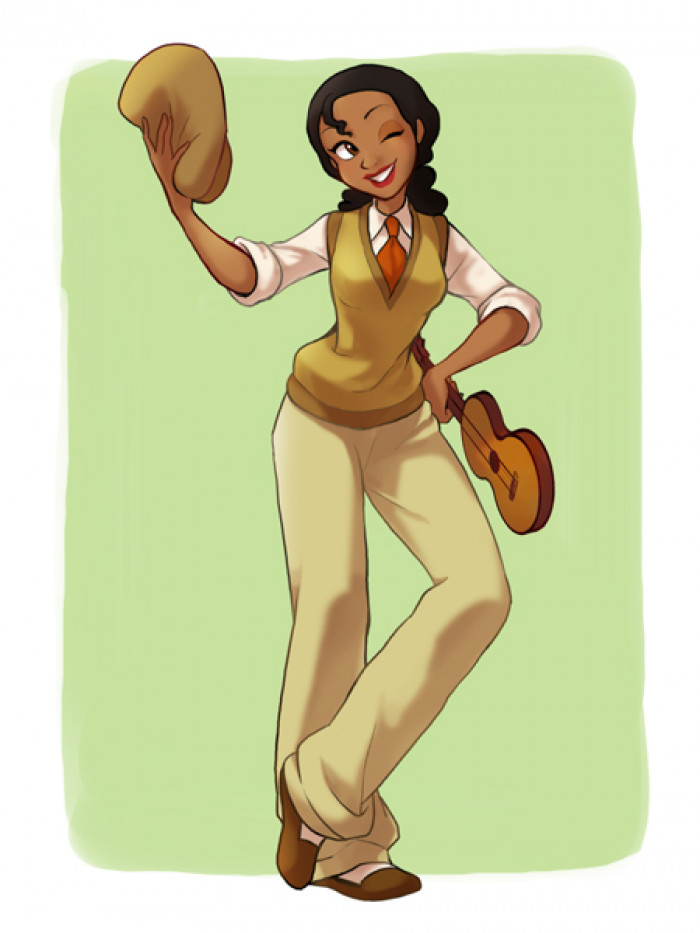 According to Oh My Disney!:

"The Hunchback of Notre Dame was a huge undertaking, and actually included ten minutes of footage created by about 100 artists and animators at the Disney Animation Studio in Paris. Because it’s set in Paris, this added an extra layer of authenticity to the architecture and landscape seen in the movie." 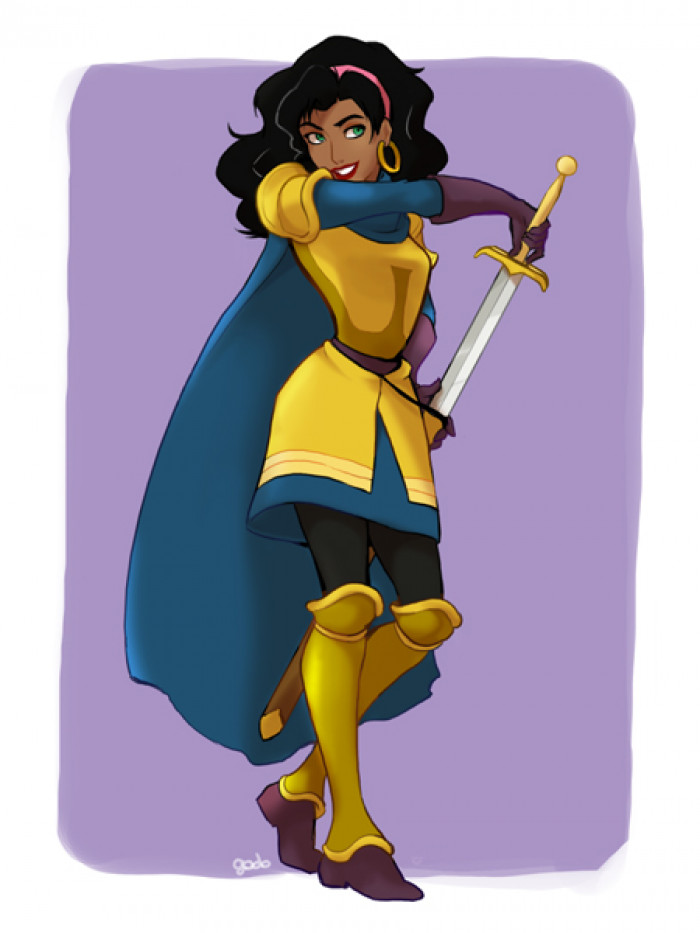 To create the single character Pocahontas alone, a whopping 55 animators were involved. Irene Bedard, who voiced Pocahontas, was also used as a physical inspiration for the character and her movements. 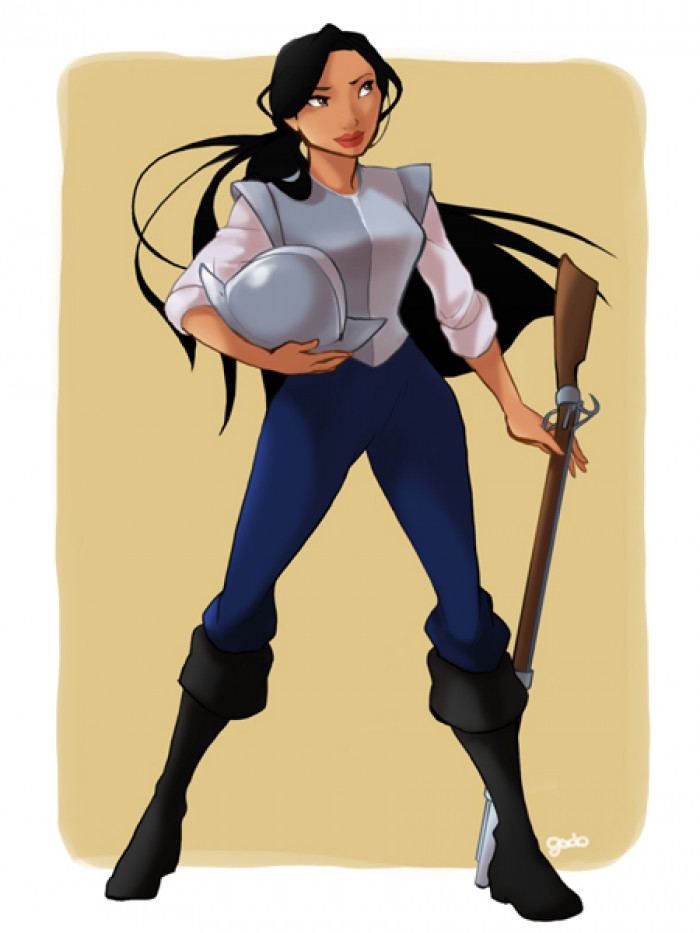 Mary Costa, whose Tennessee accent almost prevented her from nabbing the role of voicing Princess Aurora, is a professional opera singer and has performed in more than 40 operatic roles on stage. 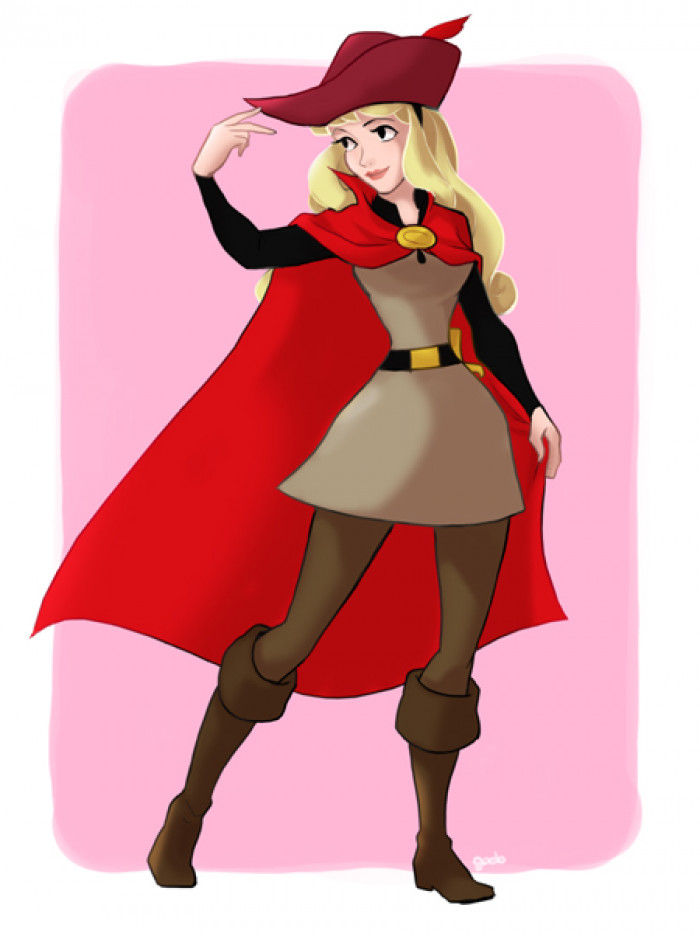 According to Oh My Disney! Ralph in Wreck It Ralph was almost a radically different character in many ways: 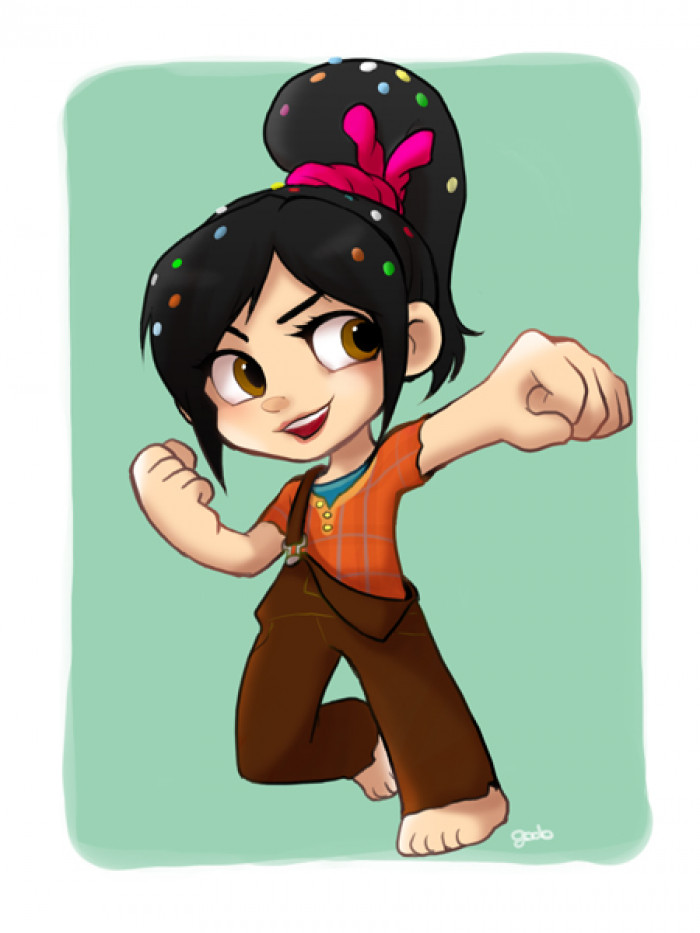 Before James Woods voiced Hades, the character was written to be much more stoic and menacing. Today, he is one of Disney fans' favorite villains. 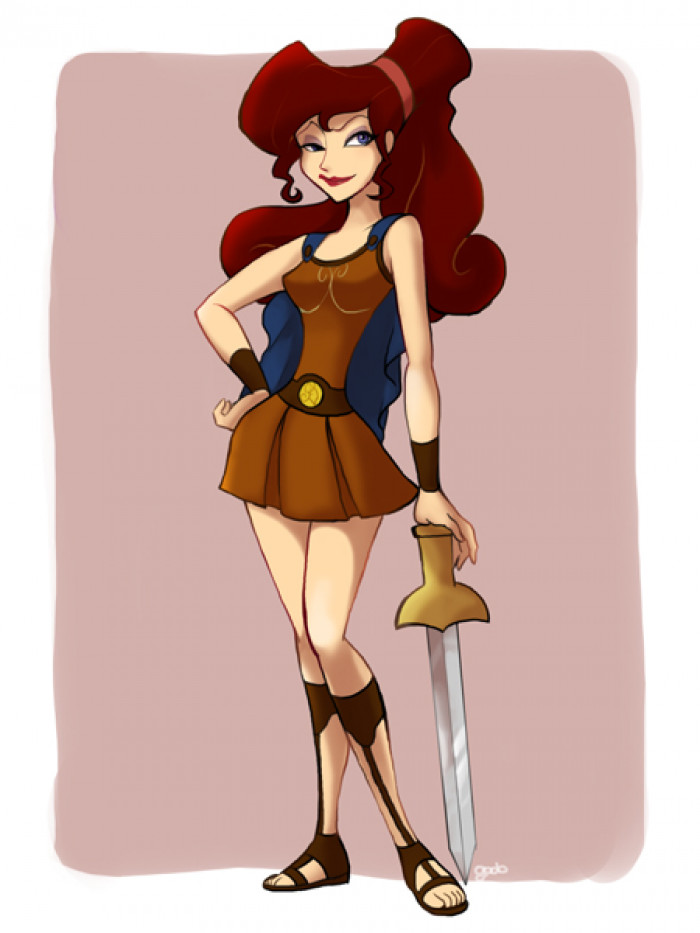 So, what did you think of these outfit swaps? We think they're awfully creative.

As with anything that comes to Disney and Disney fan art, we couldn't resist throwing in a plethora of fun-filled tidbits about the characters and movies. If you know other folks who absolutely adore Disney, you should consider sharing this art with them!