Karens have become prolific in modern society. It's not just a name, it's a modus operandi... a lifestyle.

Wikipedia (yes, it's THAT official) defines the word 'Karen' as:

"...a pejorative term for someone as entitled or demanding beyond the scope of what is appropriate or necessary. The meme evolved to depict white women who uses her privilege to demand her own way at the expense of others."

While dubbing someone a 'Karen' typically denotes poor behavior by a female, the notion of a 'Man Karen' (or a 'Kyle') has also become very common. 'Man Karen' behavior is what the owner of the ArchAngel tattoo shop is Glasgow, Scotland, was on the receiving end of after a vicious text message exchange over access to the tattoo shop.

Check out the interaction below! I would tell you to prepare to be shocked, but at this point, is anything a Karen does really THAT shocking?

This is the Archangel tattoo shop is Glasgow. 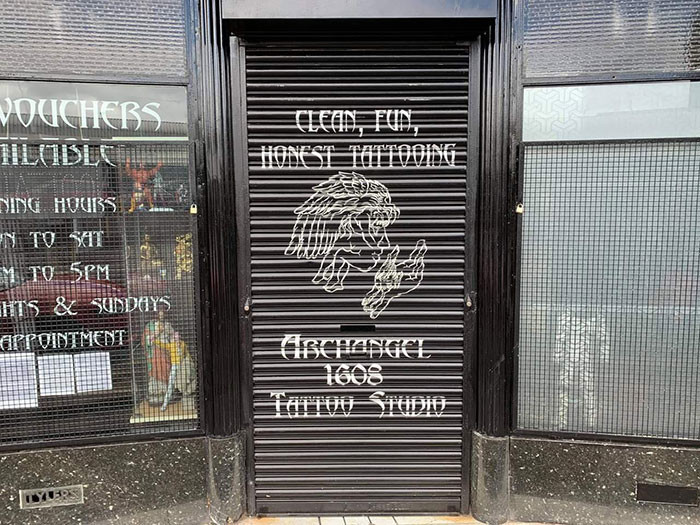 At the Archangel, they pride themselves on top notch tattoo work 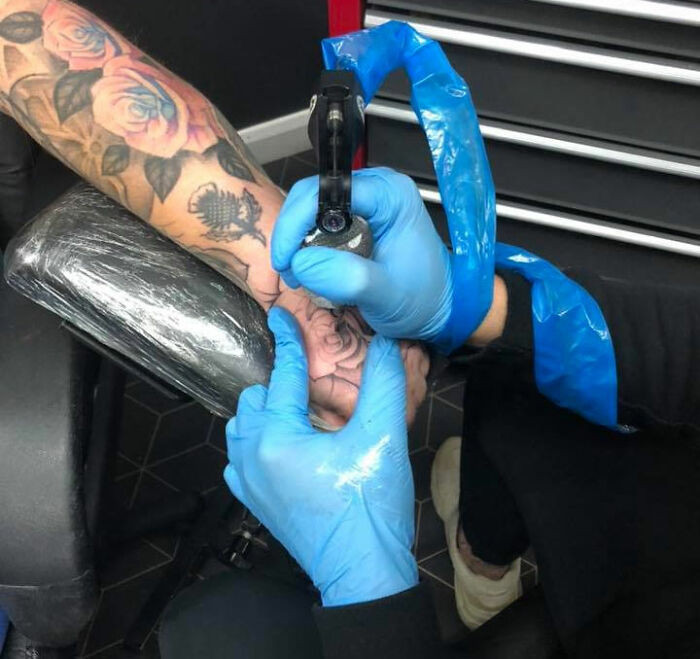 Here are *THE* text messages... 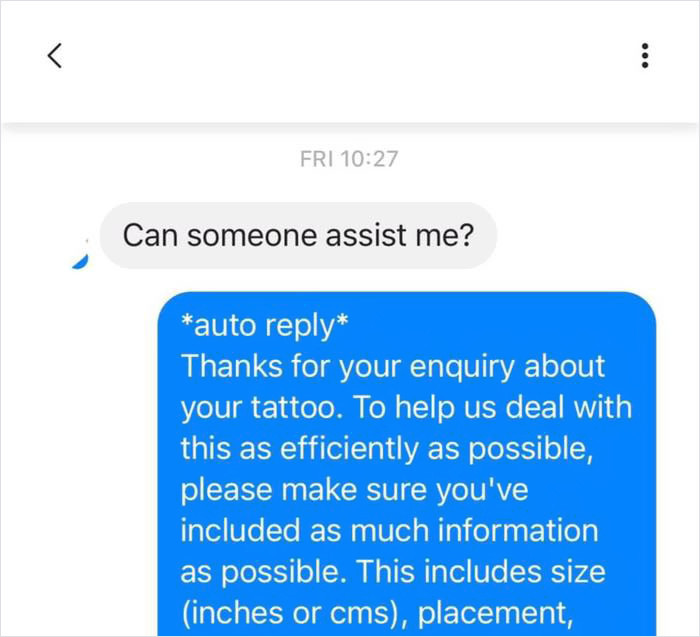 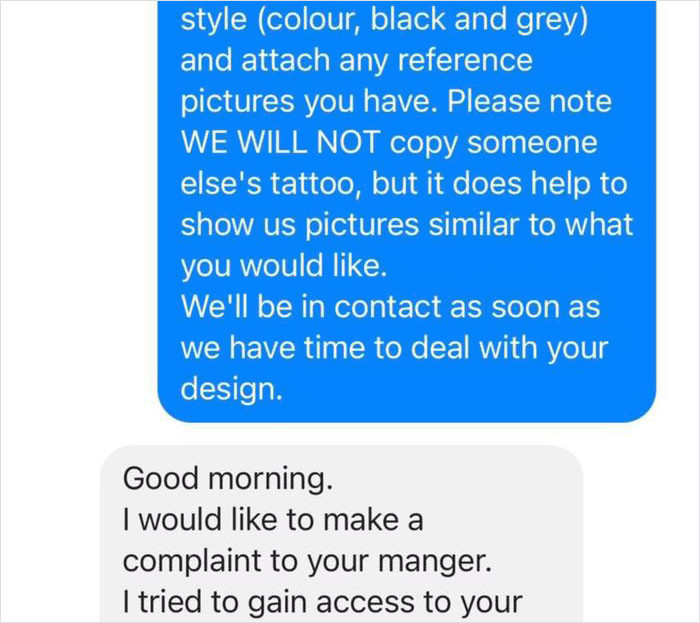 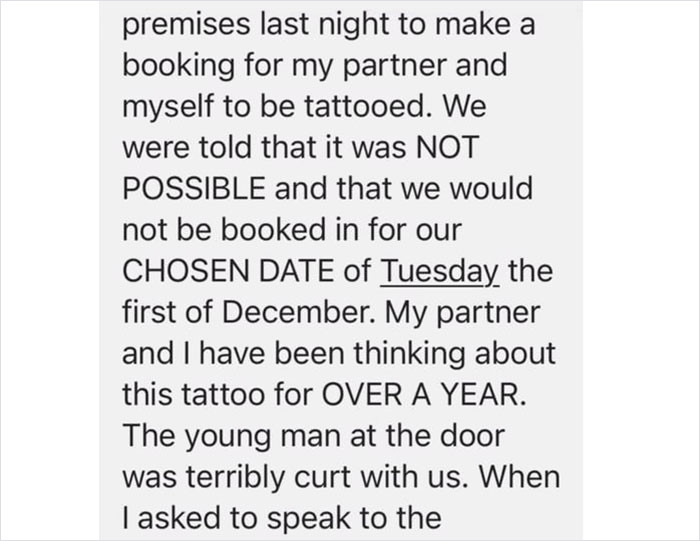 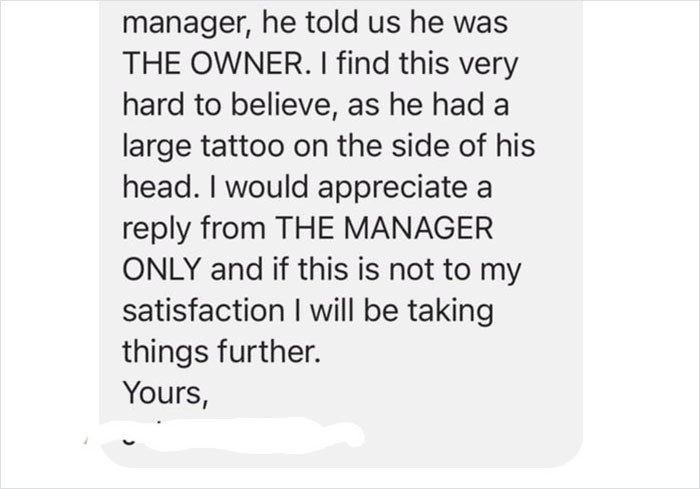 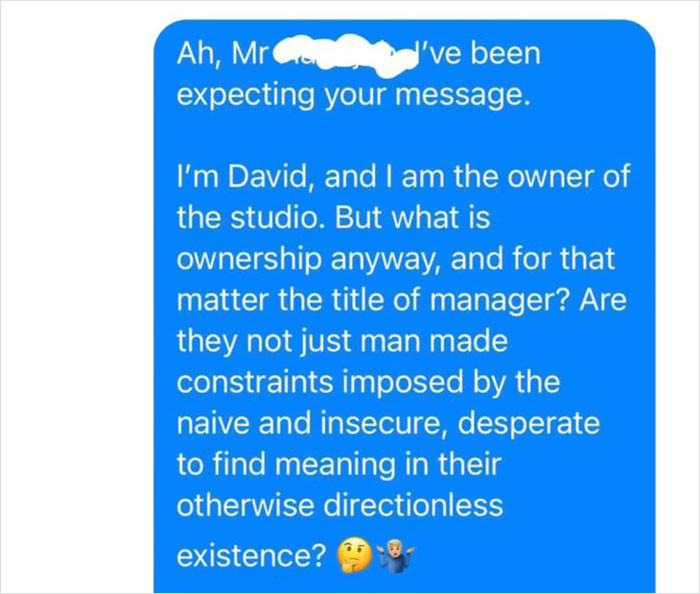 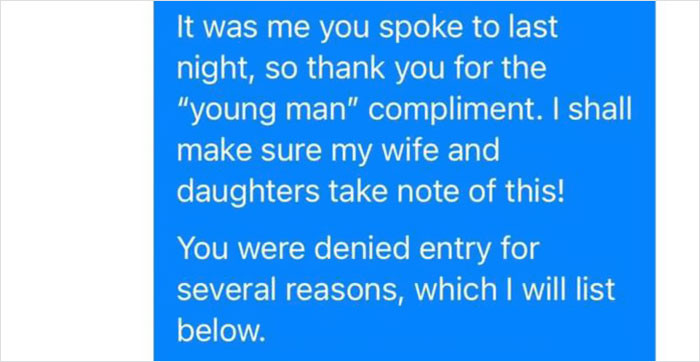 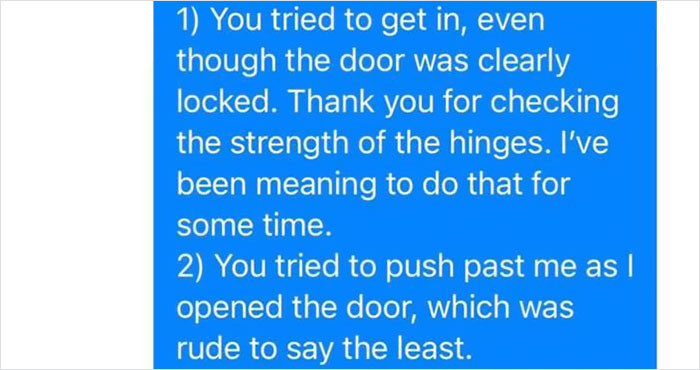 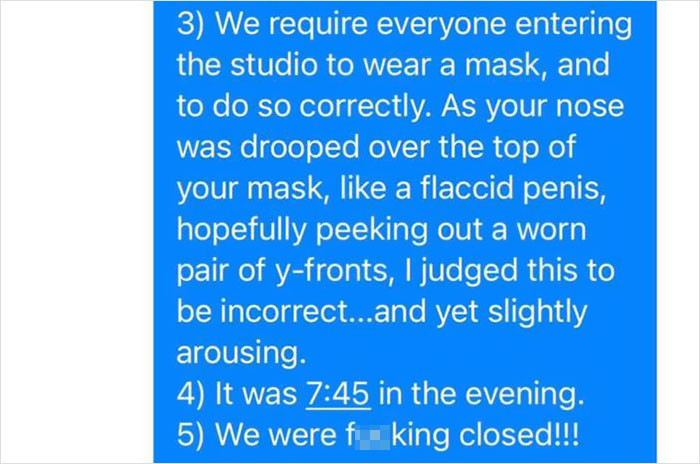 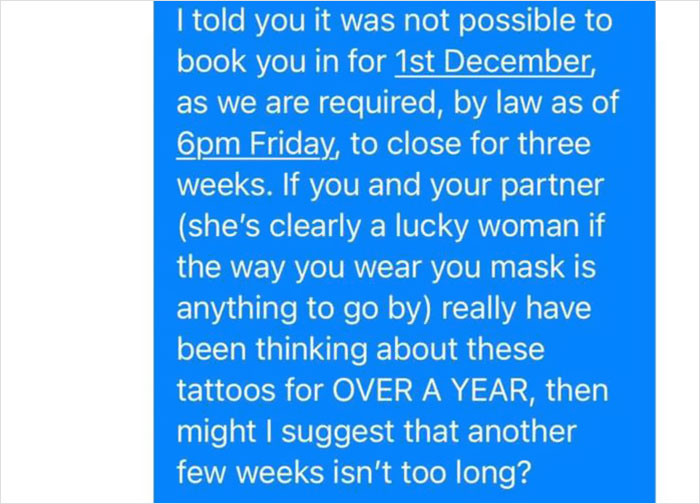 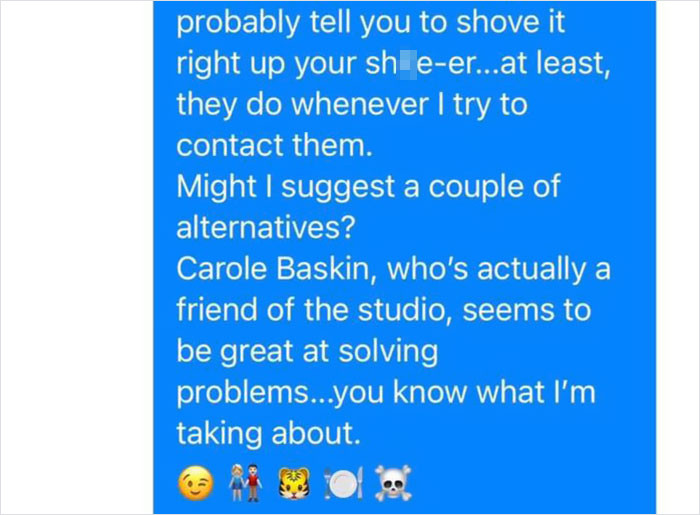 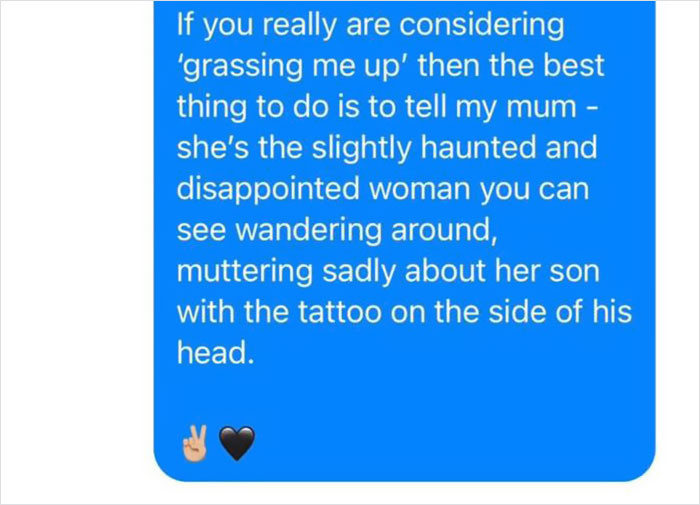 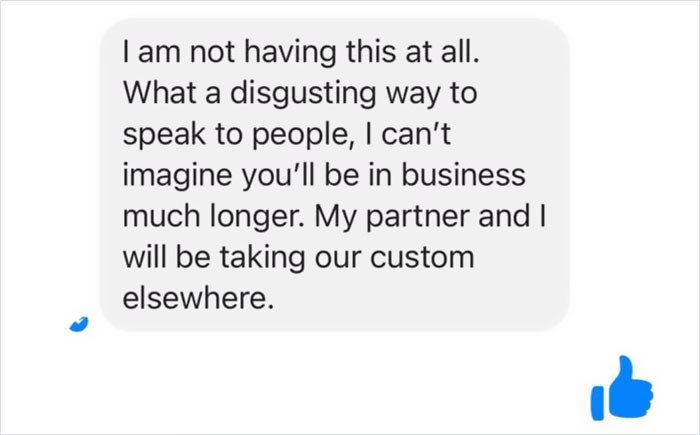 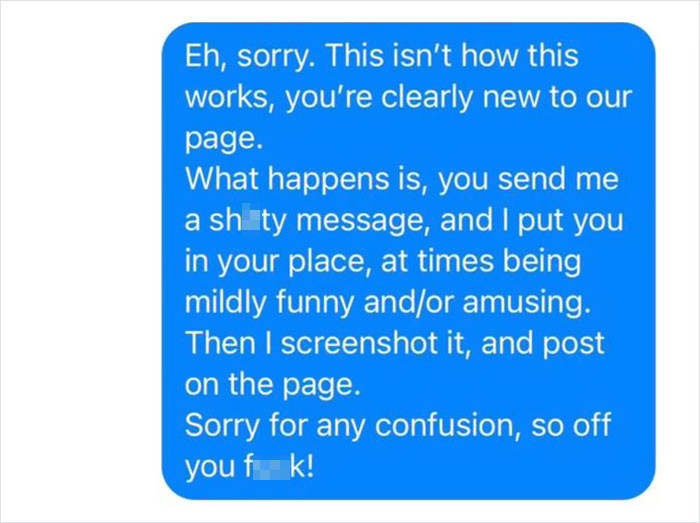 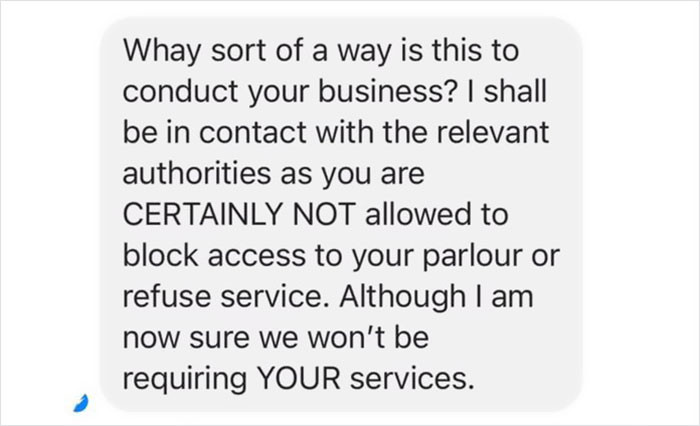 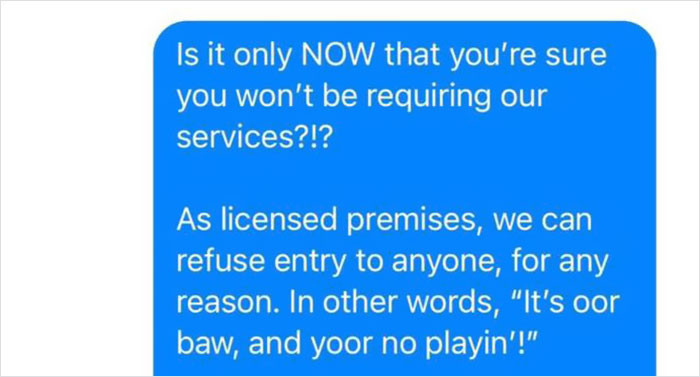 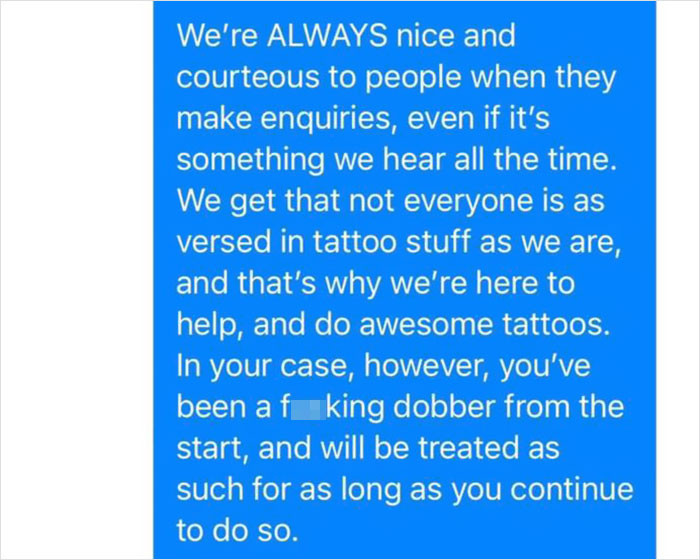 And if you weren't done with tattoos just yet, here is a tattoo artist's worst nightmare:

Finally, here's One Reason Why Eyelid Tattoos Are A Bad Idea. This Is Wild!

Remember to pass on and share this with your friends to get some laughs.

Drunk People Who Were Funny As Heck

People Who Had The Audacity To Make The Most Ridiculous Demands

45 Hilarious Comics With Unexpected Endings By War And Peas

People Who Are Having The Worst Day Of Their Entire Lives