There are few places in the whole world where parents can find more solidarity than social media, and that may be especially true when it comes to Twitter. Twitter, a "micro-blogging" and social networking service boasts 206 million active users, is quite the hub for parents to share virtually anything and everything that comes to their minds.

There's surely some downsides to the ease of communication that social media platforms like Twitter offer us, but there's a massive benefit to seeing and reading about relatable moments through other parents. Sometimes the only thing that keeps us going one day to the next is that humorous sense of solidarity which comes only through another parent's most awkward, hilarious moments.

Children can be seen in either a more human light or a more demonic light depending on the stories shared on Twitter, but either way parents from all walks of life are likely to find these tweets hysterical. Non parents who are on the fence about becoming parents may be scarred for life, though.

That's spoken in jest, of course, being a parent may not be what everyone is cut out for but it is often quite a precious joy. And for certain, we wouldn't be laughing so hard today if these families weren't making Twitter quite the place for parents!

4. The squad is all here 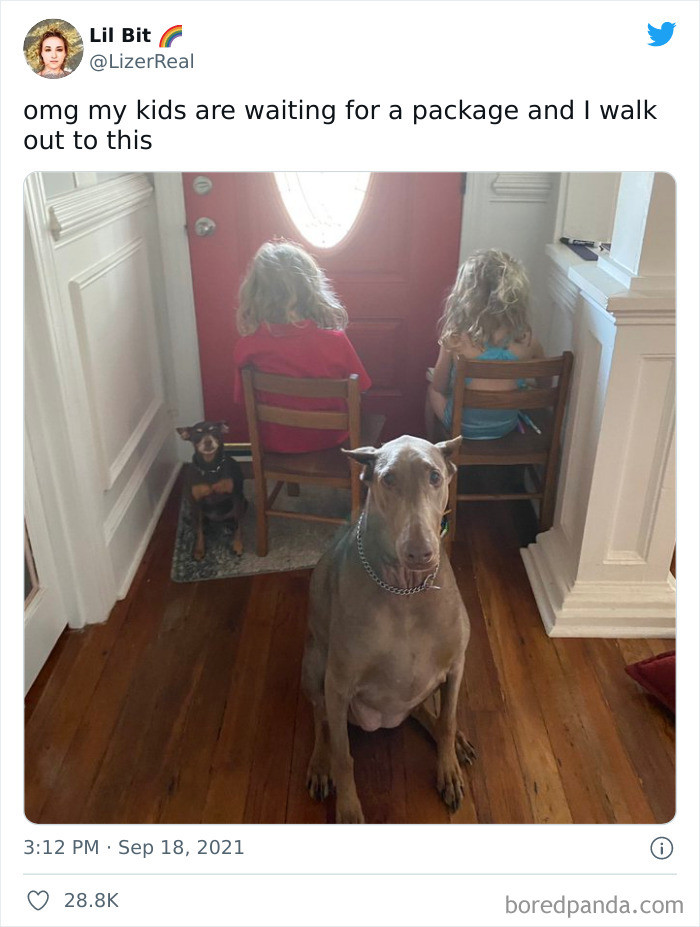 If you type "why are teenagers" into the Google search bar, the first suggested search that pops up is "so angry." Is parenting a teenager that universal?

Apparently, it is. UK based FamilyLives.org says:

"Teenagers are busy trying to make sense of the physical changes happening to them, as well the changes in their emotions and sometimes moodiness or a desire to be in control can make them angry. Just like other emotions, anger is perfectly natural and it is neither right or wrong to feel angry."

7. I can't think of a single primary caregiver who wouldn't sign up for this.

9. How terrible, who would give this to a child?

Gallup Polls once interviewed 60,000 women in the United States and reported "non-employed moms of young children are more likely to report anger and sadness, and they are also more likely to have been diagnosed with depression than their employed counterparts." Additionally, even when "controlled for age," stay at home moms were "still emotionally worse off than employed moms" 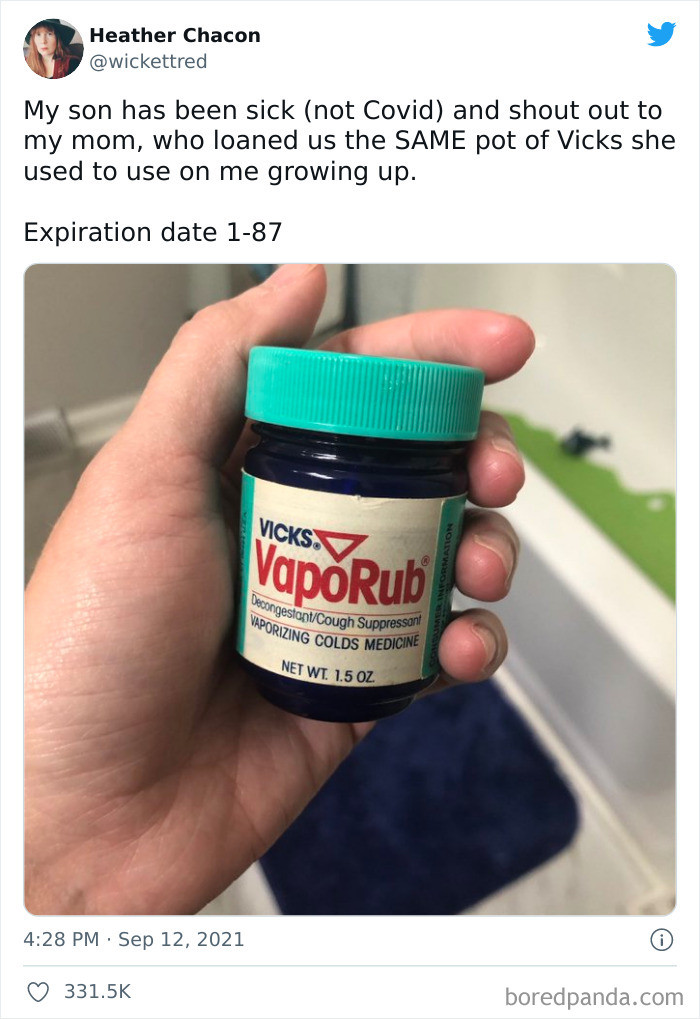 15. I don't like it when you paint parenthood in this light.

It's not just the pandemic, either, the US birth rate has been on a steady decline for a decade. Professionals often come across as confused about why the birth rate continues to decline, but if you asked enough people you'd hear a whole lot about the extreme cost of living people living in the US have to cope with. 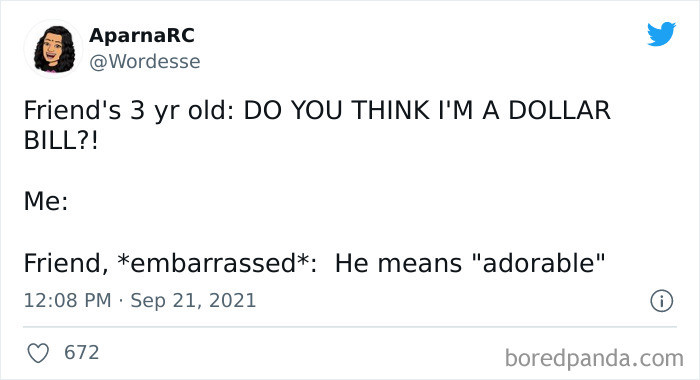 The declining birth rate is not just a "US problem." In fact, globally it has been declining for fifty years. Even China and India have had declining birthrates that are considered non sustainable.

Many people joked about pandemic babies being the result of being quarantined at home with boredom, but statistically speaking (with research included,) weforum reported:

"Most children these days are wanted or planned children, especially in the developed world. Deciding to have a baby is contingent on being optimistic about the future – and optimism is difficult to muster during a global pandemic."

21. Wow, did anyone else not realize this before? It's true.

23. The other half is still cleaning up spills

24. Kids play better when no one is watching. 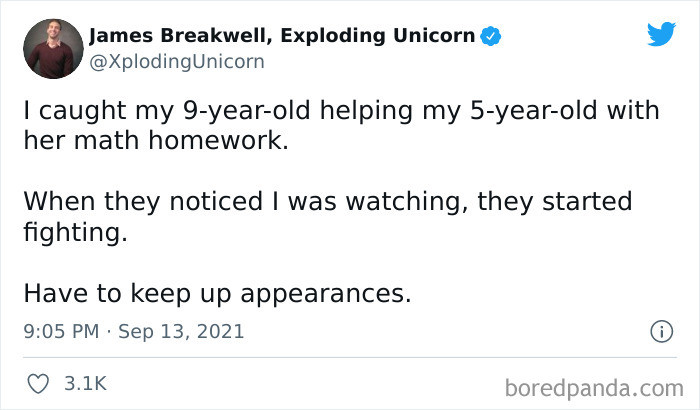 While the pandemic may have negatively influenced the birth rate despite it's long-term downward climb, some experts anticipate a "baby boom" after widespread vaccine distribution becomes successful.

28. Don't let this fool you, a child's sense of fashion is something to embrace and celebrate and take LOTS of pictures of. 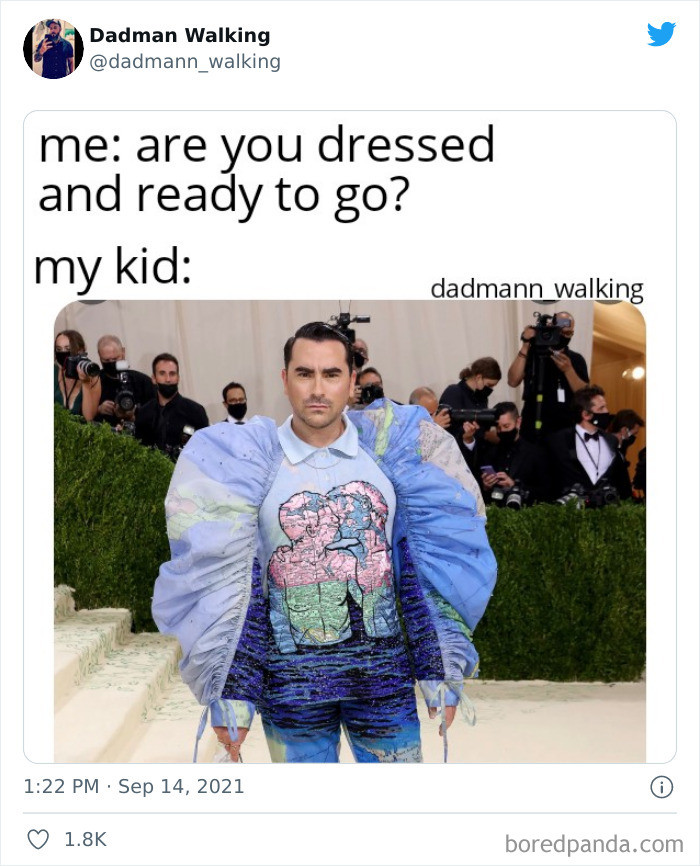 29. I'll take this advice for future reference, thanks.

Some theories suggest that one of the "driving forces" of declining birth rates is linked to urbanization. 60 years ago over 1/3 of the population lived in rural areas, but today at least 60% of people live in cities, where the economic rewards and penalties for having large families changes drastically.

31. Beautiful, brings a tear to the eye. 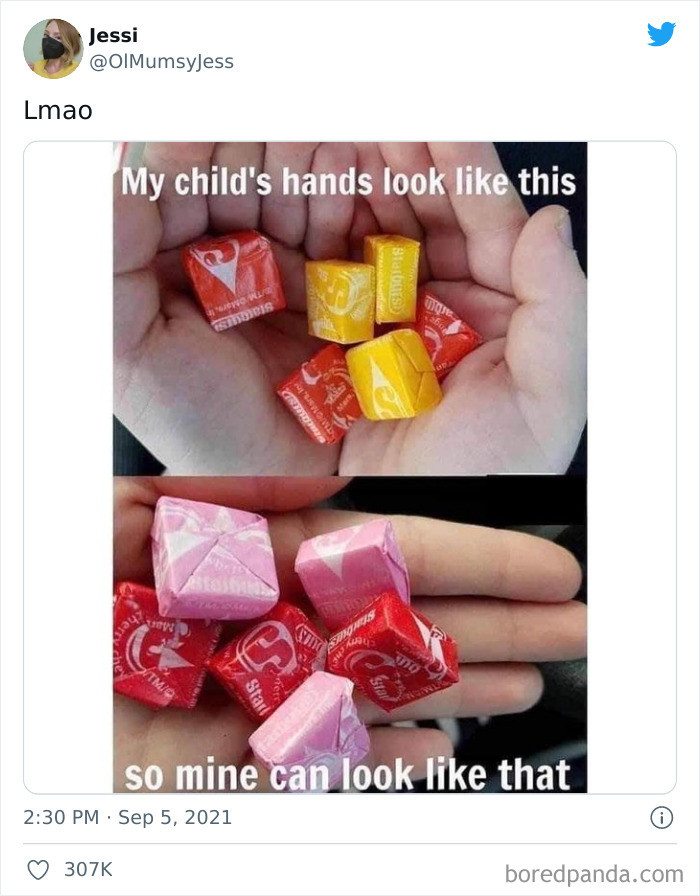 37. Some things in life are entirely too relatable

39. Give him what he desires, what's the worst that could happen? 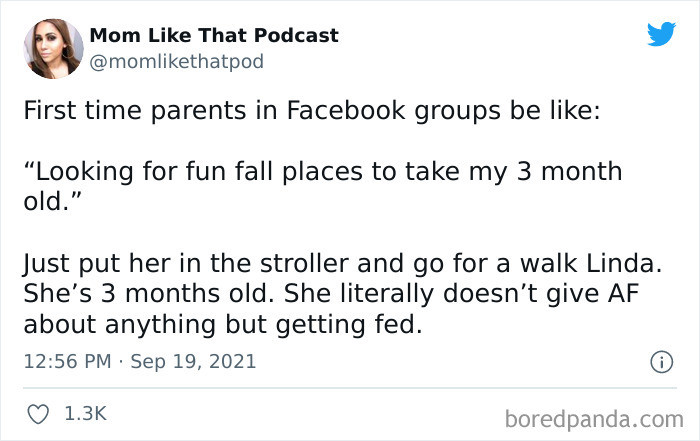 42. He won't learn a thing for several years yet, though

44. That's not the worst idea I've ever heard

45. WHY IS THE SPOUSE ALWAYS SO LOUD 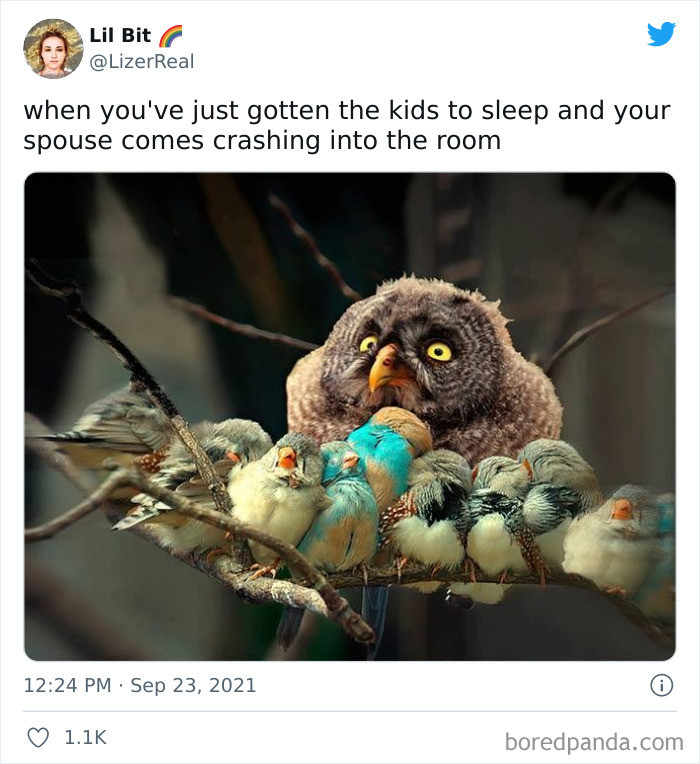 46. Coffee was totally goals when I was little, too

47. They should reconsider some of their choices at the hospital

Some people say, "parenting ain't easy," and they may very well be speaking the truth. Maybe it's not a matter of easy or hard, but seeing the best in every day, even on the days when your kids insult dinner or cry about not being allowed in the trash can.

Either way, after seeing 50 tweets about parenting, it's safe to say that none of us are experiencing parenting in a way that we can't relate to others with, right? Right.

Man Trolls A Choosing Beggar Like A Pro, And Their Exchange Goes Viral

10 Tweets By Grownups Who Suck At Being Grownups

15 People Speak About Their Silliest Ideas That Worked

13 Funny Posts About The Reality Of Parenthood