Dogs can teach us anything and important life lessons and wisdom can be found anywhere, even in the most unexpected of places. A prime example comes from a very special Australian Shepherd dog,

This dog was born without his front legs but in a sweet twist of fate, the dog ended up playing an instrumental role in teaching young students important lessons about kindness and acceptance.

The story about this fascinating dog and the lesssons such a dog can teach students starts with Paige Bradford, a special education teacher. Bradford, works with a dog named Tobi, her five-year-old two-legged Australian shepherd.

Bradford and her dog work together to teach important life and academic lessons to students, according to ABC 7. The dog and human team are based in Alexandria, Virginia, and the students who have met this incredible dog have already made deep connections with him.

Speaking of Tobi the Dog, Bradford says: "The students in my class don't see Tobi as different or think that they should feel sorry for him because they see him as a really cute dog," 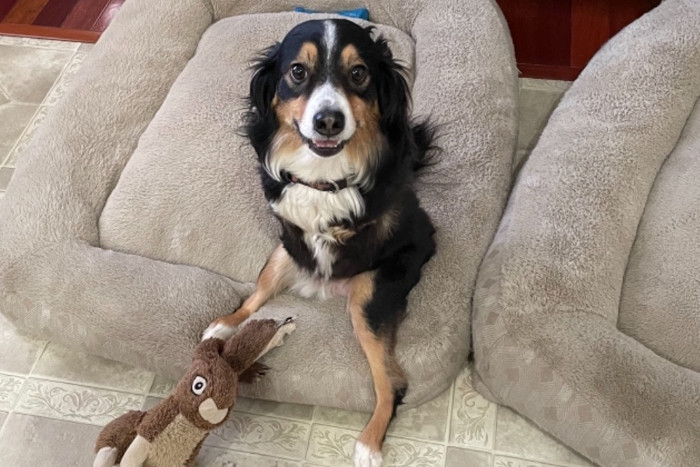 "One of the things that was really fun was to work on some of my students' goals while they were playing with Tobi because they didn't even notice they were doing hard work," Bradford told the outlet about the calming properties of her rescue dog.

"For example, one of my students had hemiparesis and had limited use of his right side. So, I brought him treats, and he had to use both hands to open the bag of treats and then use his right hand to pull out a treat and hand it to the dog. It was fun for Tobi and for my student."

Despite not being able to be present in the classroom as much recently, Tobi continues to be a crucial part of the education of Bradford's students amid the COVID-19 pandemic.

"I actually taught one of my students the letters of the alphabet using Tobi as a reward. That's also how she learned the letter 'T,' because every time she found 'T,' she would get to call Tobi," she said. "I also used Tobi in a couple of writing units this year for persuasive writing as well as for procedural writing. My students wrote about how to give a dog a treat, and then we would practice with Tobi over the computer."

Tobi is just the cutest dog. 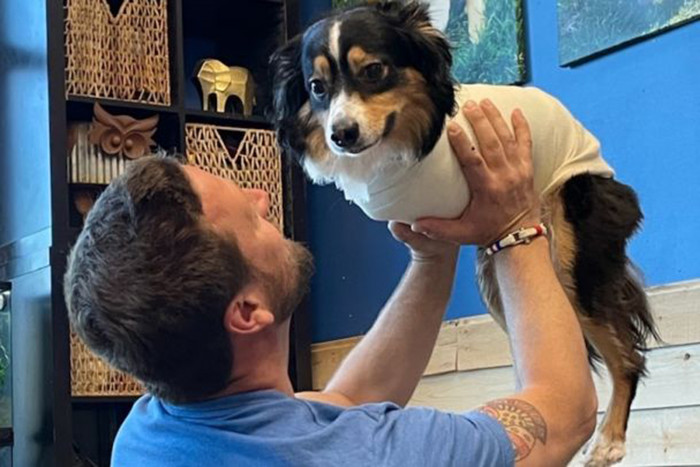 According to ABC 7, at the time of the adoption, the lovable dog was initially located in Texas, Bradford adopted him years ago after reading an article on social media about the special needs shelter.

"I saw a news article about Tobi on Facebook, and they said that he would be put up for adoption after he adjusted to his cart," Bradford said. "I followed him for a few months and reached out to The Humane Society of North Texas, asking about the adoption process for an out-of-state adoption. Luckily, everything worked out, and I ended up picking him up in July 2018."

Soon after adopting Tobi, Bradford said the dog "has served as my pet, visited my students in the classroom and made deep connections with them, and is now also serving as an emotional support animal."

Tobi was born missing his front legs as well as two ribs, the dog also has degenerative disk disease caused by the constant walking on his back legs. Despite all of that, Tobi doesn't let all these health obstacles stop him from being the loving and happy dog he is. His whole life is dedicated to spreading love and hope.

"One of the best things that has come out of Tobi being such a large part of our classroom community is acceptance," Bradford said. "The students in my class don't see Tobi as different or think that they should feel sorry for him because they see him as a really cute dog."

"At first, they asked a lot of questions and wanted to understand why he didn't have legs and why he was different, but I think having those conversations helped them to be more open-minded and I can see that kind of acceptance in the way they interact with each other in the classroom," she continued.

Added Bradford: "My students both with and without disabilities interact with each other and have really rich and engaging discussions. They support each other and they're kind to each other."