Guy Destroys What We All Thought About Jenny From Forrest Gump

We've all seen Forrest Gump. It's one of the greatest movies ever made and is an incredible story about the plight of a man with learning difficulties making his way through one of the most turbulent times in modern American history.

One of the main supporting characters in the film, Jenny, is generally seen as being an antagonist - a character who represents evil in the story. This is a pretty easy conclusion to arrive at given the things that Jenny does to Forrest in the film.

A user on Imgur however, has completely torn that idea apart, and gives us a different idea about the character that can be found by scratching the surface of Jenny just a little bit...

Read on as your whole idea of Jenny and by extension the whole character development and story of Forrest Gump is dismantled. 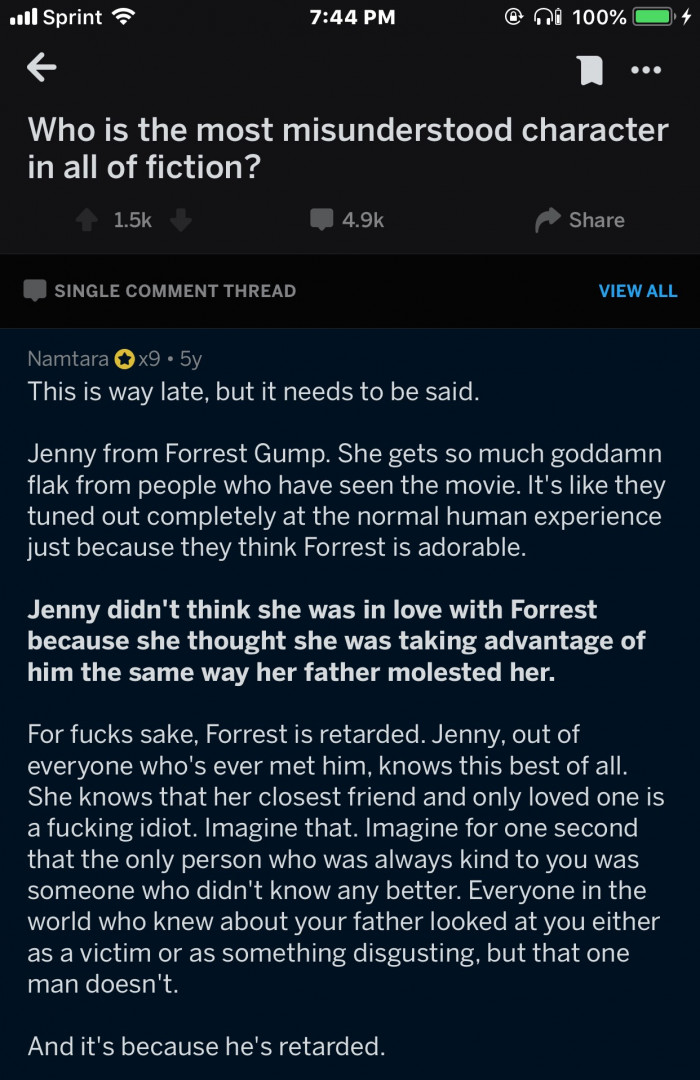 Tough pill to swallow so far right? From the beginning Jenny's life resided in a deep personal darkness. 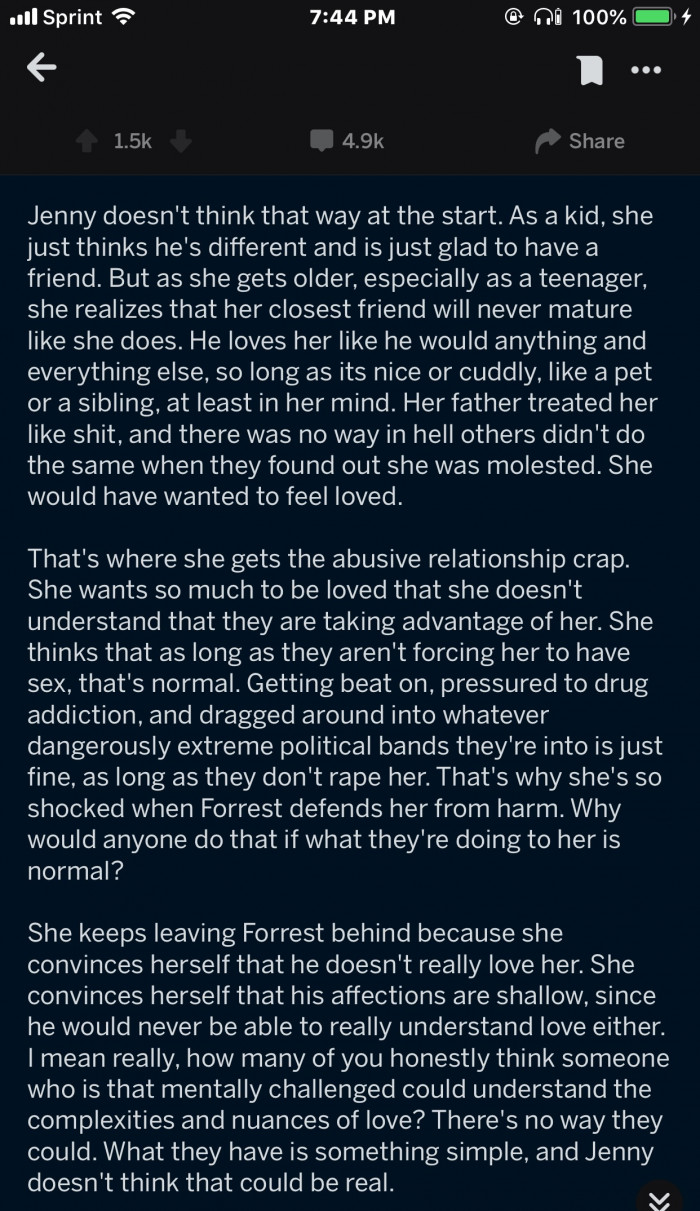 The age old tale of the one who really cares about her gets left behind as she chases anyone or anything that is horrible for her. Forrest never gives up though, he really doesn't know any better then to keep following her. But the pain for Jenny is too much for her to bear. 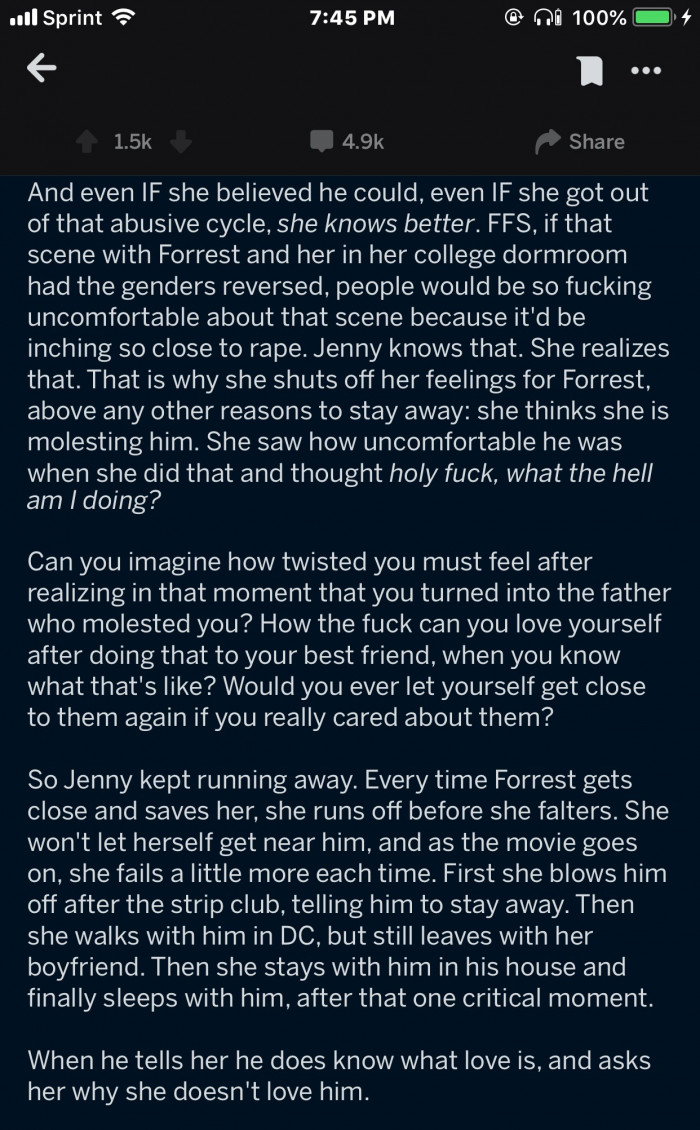 Every time Jenny tries to let him back into her life that same pain from her childhood comes storming back, forcing her to leave again. She loves him so much that she has to leave... or so she thinks. 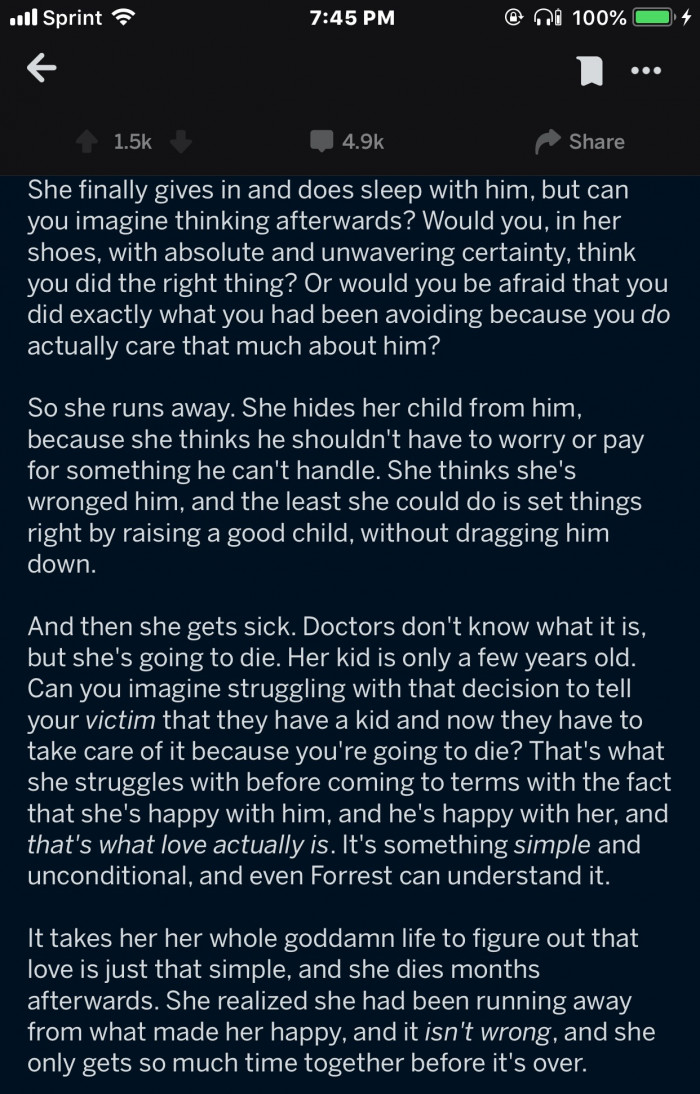 It isn't until the bitter, horrible end that Jenny realizes she could have given in all along. 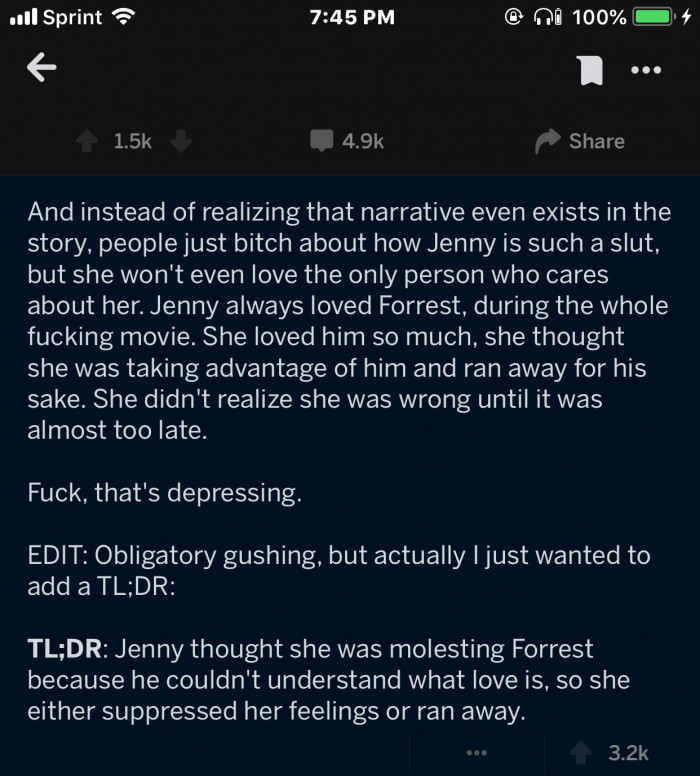