It is a known fact that Elephants knock down trees to meet their daily dietary needs. They bring down the tree to eat its foliage and the bark.

They even use the tree trunk to break other trees down if they are too big for them. This is a fact that most of you may or may not have already have heard about.

But have you actually seen an Elephant do it? Probably not.

That's because they do it in their natural habitat, in jungles, where trees are found in abundance. So, we don't get to see it happening around us.

One such event, where an Elephant, the animal considered a giant because of its heavy physique, was caught on camera snapping a tree like a twig.

The footage looks like the Elephant is taking a fight up with a large tree on the roadside.

The video clearly shows how the Elephant took time to bring down the dead tree and then break it effortlessly as if it was a twig. 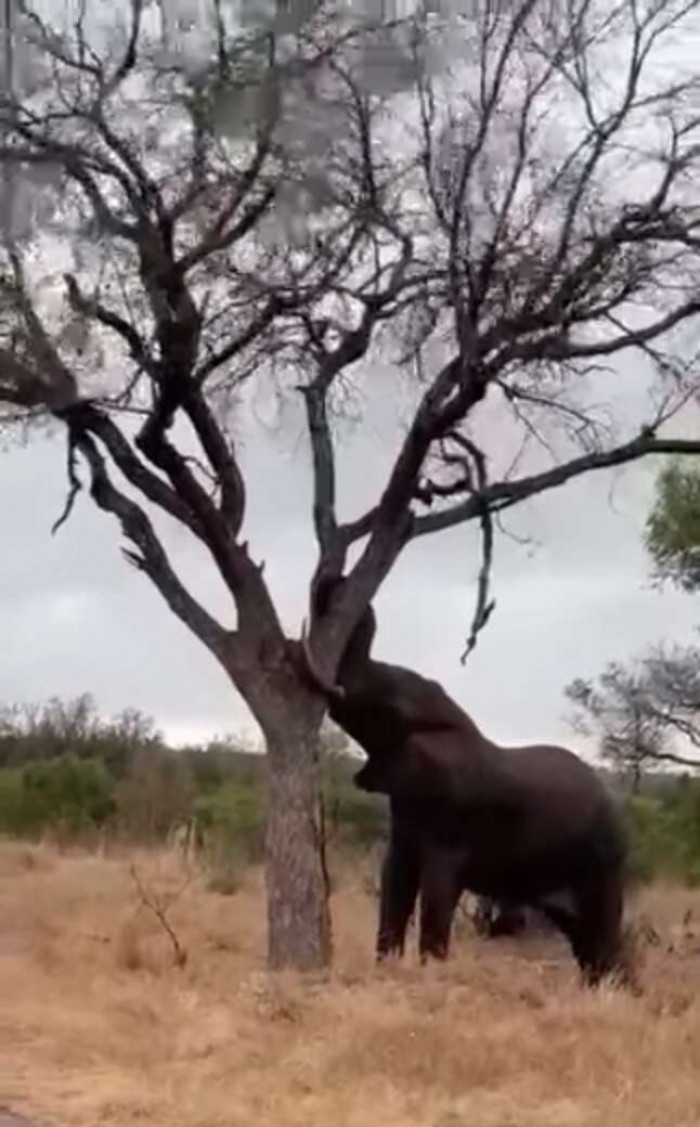 You must be wondering why the Elephant knocked off a dead tree as it didn't have any foliage.

As explained on a great internet resource on Elephants called For Elephants, "When droughts occur, trees play an essential part in elephant’s diet. They knock down trees to get nutrients and even uproot them to consume their roots."

If further explains, "By doing so, they’re getting the food they need but also allowing other smaller creatures to get food that’s out of their reach." Whatever the reasons may be, it is quite an impressive feat to watch an Elephant showing its strength.