Mountain lions are naturally found in steep places, specifically, mountainous terrains. Deserts are also included in the list of their natural habitats as well as coastal forests.

They clearly belong to vast spaces where they can roam free among other animals and not be chained up to be carted off. Especially not a circus.

Mufasa is an elderly mountain lion that was suspected to have been traded as an infant to illegal exotic animal traders and was forced to perform in a Peruvian circus. For 20 years, Mufasa was hauled from village to village, chained up all the time with no freedom.

Wild animals are, by law, not allowed to be a part of circuses in Peru. It doesn't stop those who run them to find ways with acquiring such animals for 'entertainment'.

Because of this, Animal Defenders International works hard to eradicate illegal practices like these and rescue existing animals that are already trapped. In one of ADI's yearlong missions called Operation Spirit of Freedom, they finally rescued Mufasa.

Although Mufasa was the last animal to be rescued, it came with a price of a lengthy stand-off with his owners and ADI when neither would relent. Fortunately, ADI won the battle, and Mufasa was transferred to a sanctuary to heal. 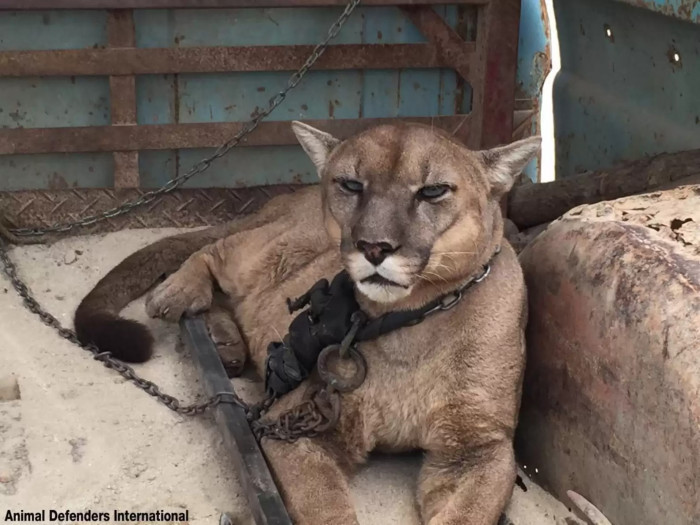 Operation Spirit of Freedom was launched by Animal Defenders International after their previous campaigns to rescue illegal circus animals sparked an outcry in multiple countries, including Peru.

After investigations headed by ADI, Mufasa was found chained in the back of a pick-up truck. The flatbed of the pick-up truck served as his jail where he would seek rest among circus equipment when he wasn't performing.

The sight as described by the president of ADI was something sad and wretched. Mufasa was found with a heavy harness around his body and severely underweight.

The 8-hour stand-off between ADI, the officials, the police, and Mufasa's former owners 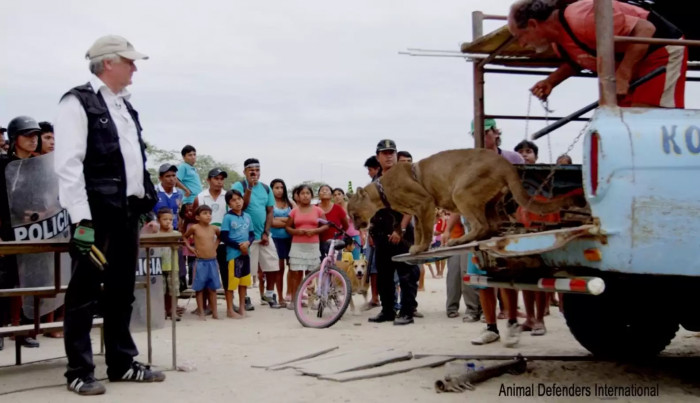 ADI won Mufasa's freedom for him 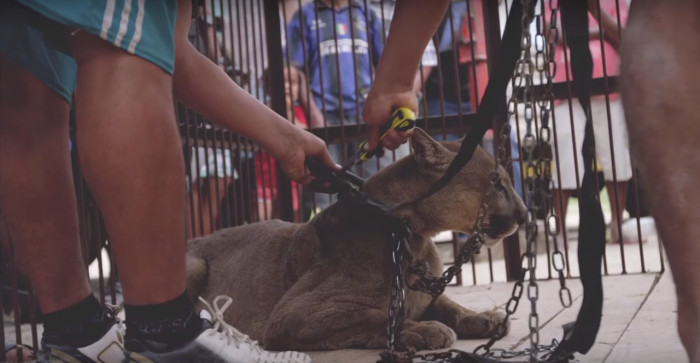 Mufasa taking cautious steps with the support of rescuers 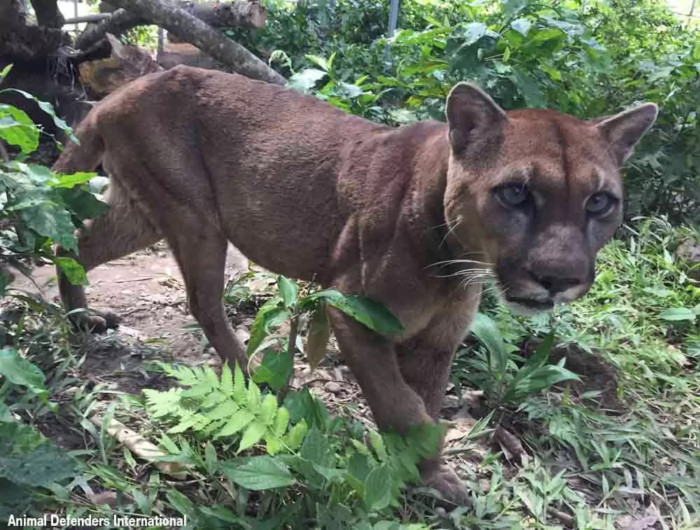 After the rescue mission, Mufasa was deemed too weak to be released in the wild and so was transferred to a forest enclosure built by ADI at Taricaya to ensure his recovery. This way he'll be protected without the compromise of his freedom.

Unfortunately, even with the efforts of ADI in helping Mufasa and the progress of his recovery, the elderly mountain lion passed. With years spent tied up and caged, Mufasa has already suffered irreversible damage to his health.

The Animal Defenders International delivered this news and stated the tragedy of Mufasa not having more time to enjoy his freedom but relying on the positive side of him still experiencing it. 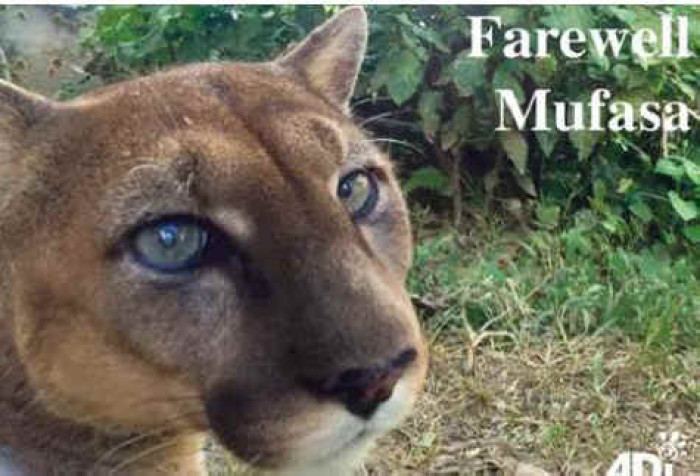 Wild animals deserve to live their lives in the comfort of their natural habitat. If in some cases that isn't possible, at least a sanctuary.

Mufasa was lucky enough to be rescued but it doesn't take away from the fact that he shouldn't have been in the illegal circus in the first place. There's hope that with organizations like ADI and the support of a country's government, incidents like this would cease to happen.

If you want to share your thoughts for Mufasa and raise awareness, please write it down on the comments.