We've all heard stories about 'bridezillas,' or perhaps even witnessed them firsthand. But, the term just doesn't seem quite harsh enough for the bride in this story.

Recently, Reddit user JuneBugg85 received so many nasty and unreasonable demands from her bride-to-be friend, that she ended up dropping out of the wedding. And, luckily for us, she decided to share the story online.

JuneBugg85 shared the crazy story on the subreddit r/ChoosingBeggars. Since the story was posted, it has gone viral, receiving over 61K upvotes.

The bride in question demanded that all of her bridesmaids "hit the gym." She also requested that everyone donate $500 towards her honeymoon.

"I honestly didn’t think it would get this big," JuneBugg85 said. She has known the hysterical bride since high school, but they were never particularly close.

"She was a grade under me. Super popular girl, very pretty," she explained.

"Everyone loved her. My brother was at the time dating one of her friends and introduced her to my cousin."

Of course, eventually, the bride became aware that her antics had been shared online. “She reached out to me but it wasn’t very friendly and she was very mad," JuneBugg85 said.

"Threatening. And made me question my decision to post this," she went on. "Her family is now involved and it’s getting pretty messy."

"I’ve been blocked by a lot of the people that were mutual friends and my cousin is also not speaking to me," Junebugg85 said. "But a lot of people are backing me up saying her demands were outrageous and cruel."

JuneBugg85 says she never meant for the post to go viral. "I hope my cousin forgives me; I didn’t think this would get so big and just wanted to vent out my frustrations when I posted it."

You can read all of JuneBugg85's story below. 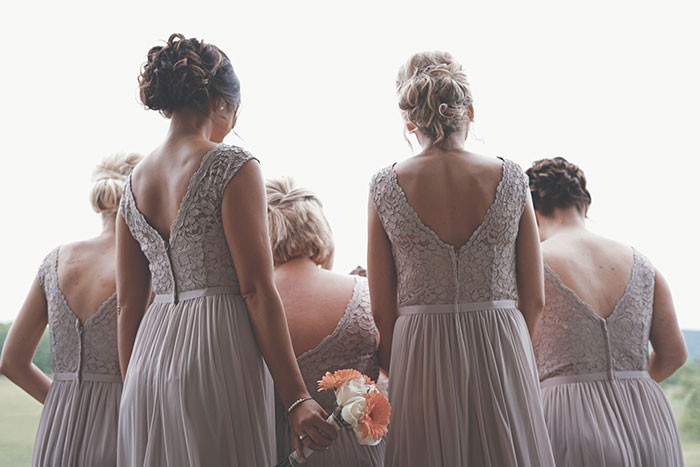 via: Andre Hunter (not the actual photo)

The 'bridezilla' texted her bridesmaids saying hers was going to be a "very different wedding." 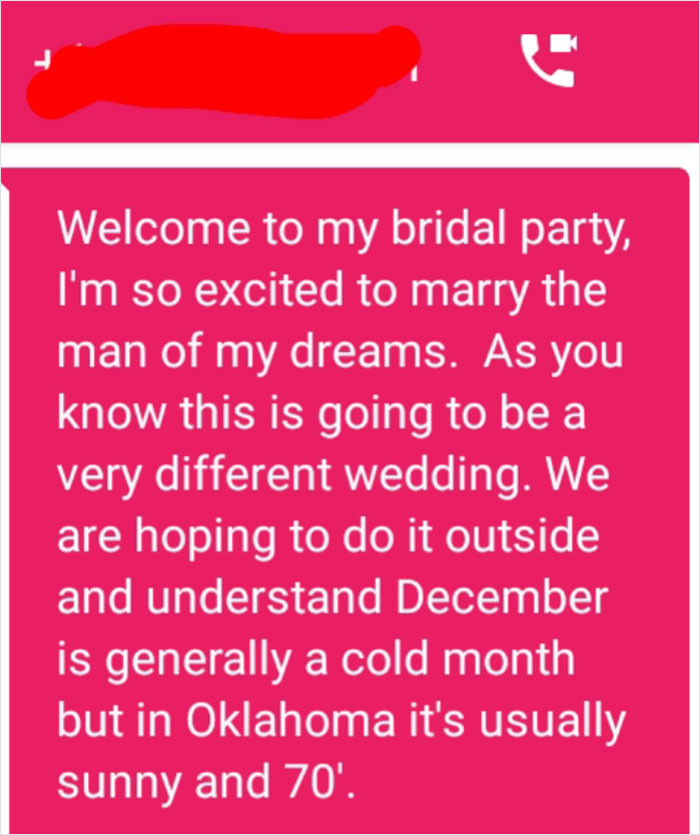 She ordered all of her bridesmaid's dresses in a size 8. 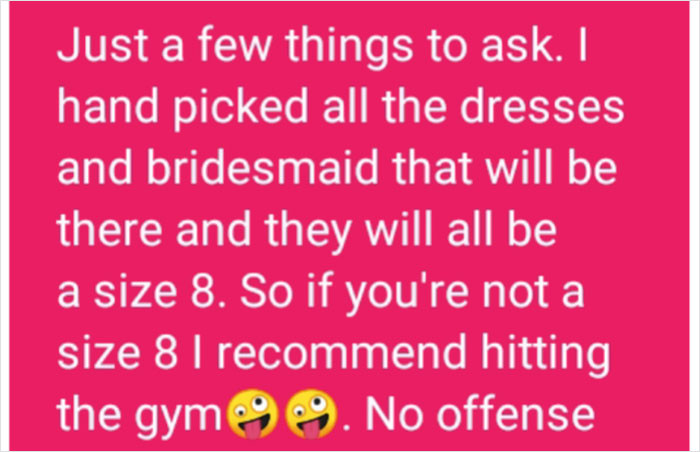 The bride demanded her bridesmaid's hair needed to be shoulder length, and their nails "cut short and uncolored." 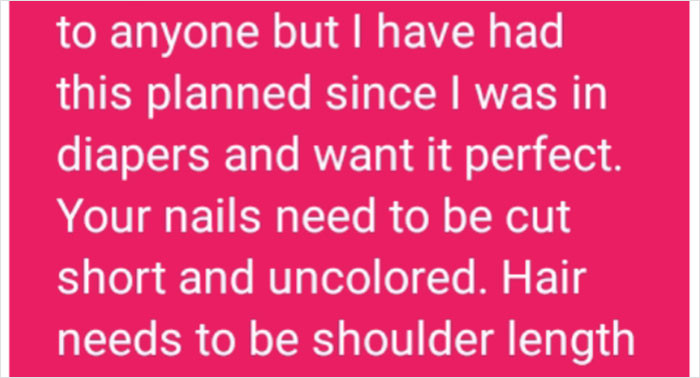 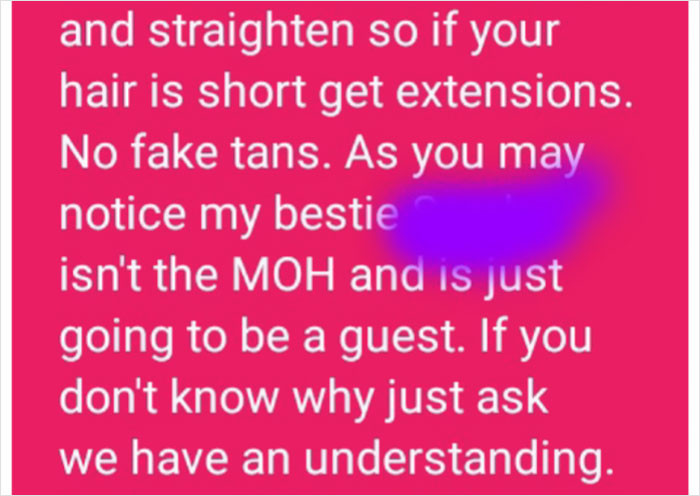 No kids were to be allowed at the ceremony. 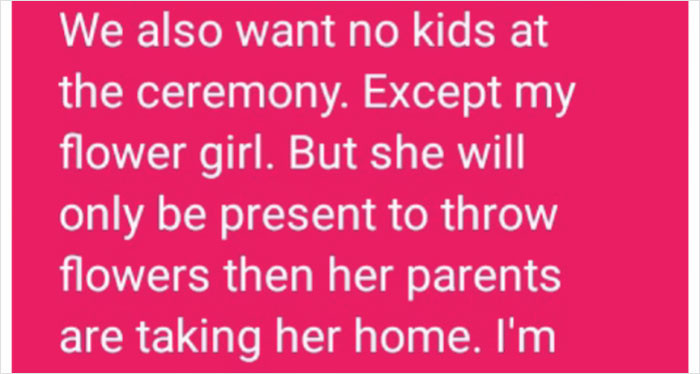 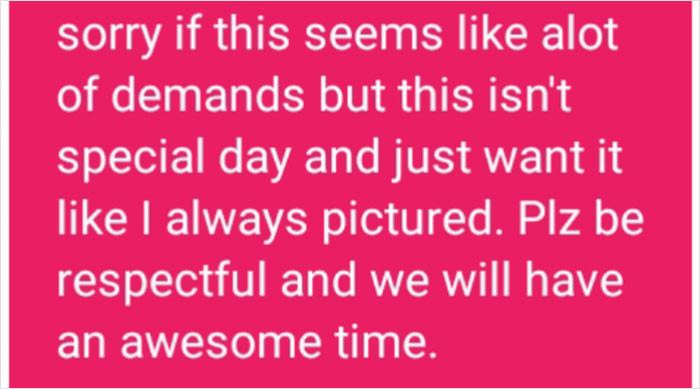 A $500 "donation" towards the happy couple's honeymoon was also required. 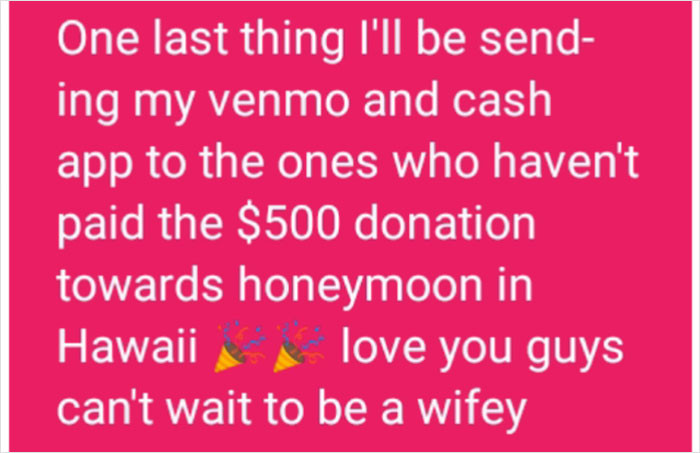 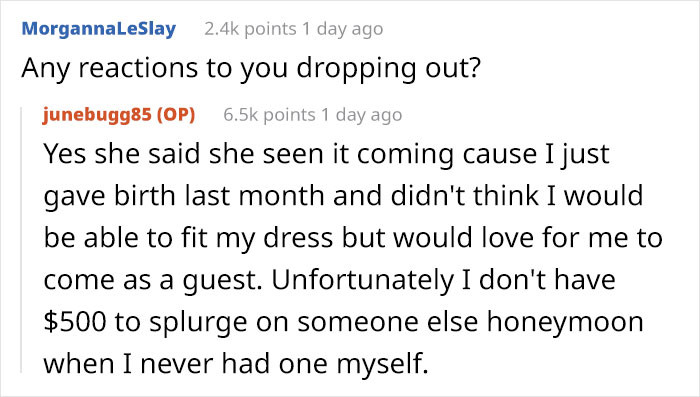 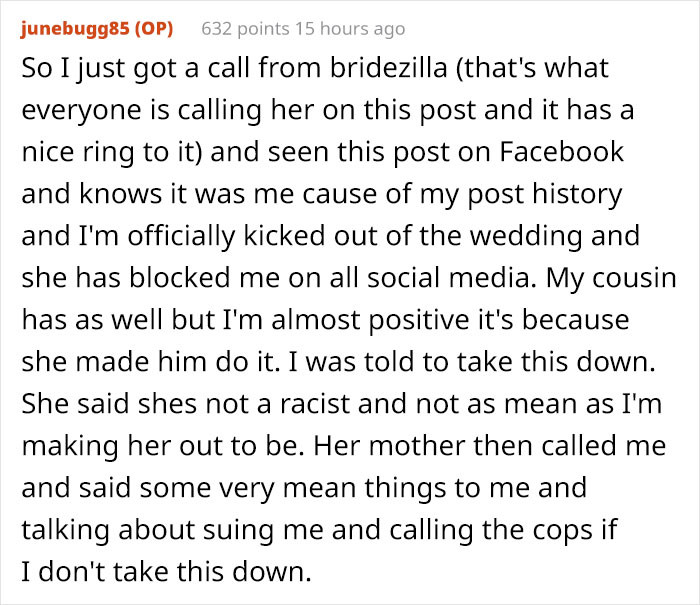 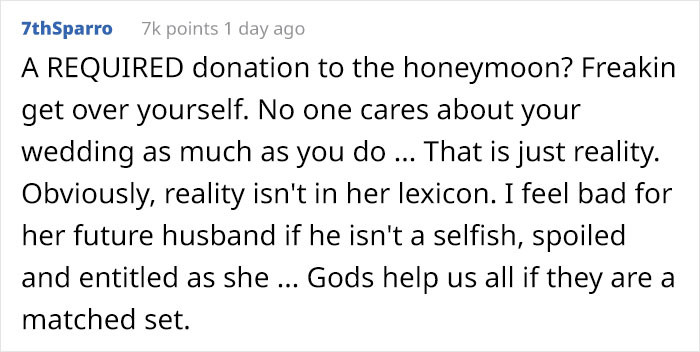